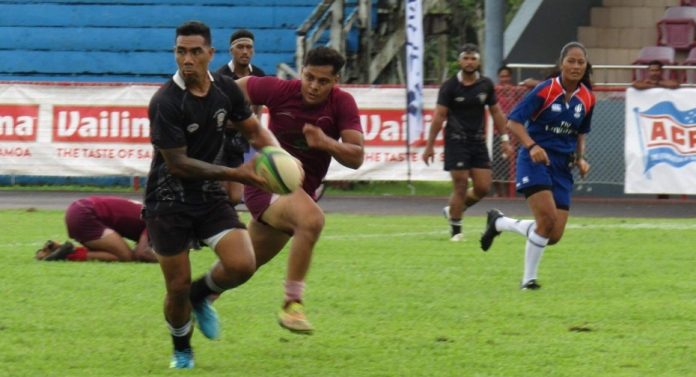 Teams for the Cup Quarter finals of the 33rd Vailima Marist International Sevens have now been confirmed after an entertaining first day of matches.

Pool A will be led by Moata’a with defending champions BBE Vaiala coming in second. Although Moata’a is one of the traditional rugby powerhouses in Samoa, their results in the past two Marist Sevens have been nothing more than mediocre. However, “White” as they are affectionately known around the country have shown that they are still one of the most established clubs on Island. 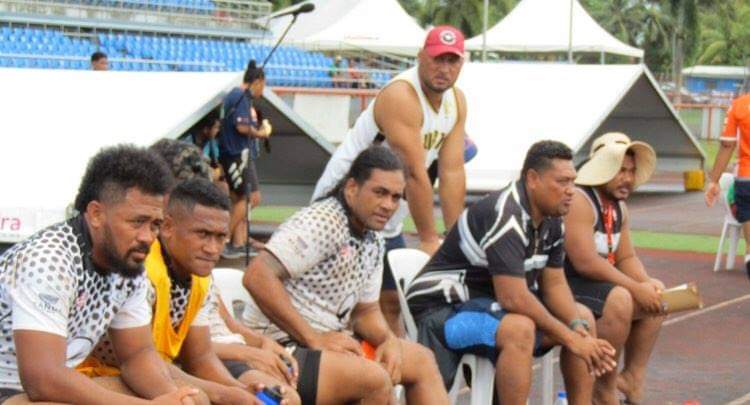 Vaiala came back and thrashed Satalo 38-5 to keep their cup quarter-final hopes alive. BBE Vaiala had narrowly beat Ulutogia 14-12 in their first match of the day. Ulutogia was a force to be reckoned with during the Samoa National 7’s tournament but misses out on the cup quarter-finals, pooled with solid Vaiala and Moata’a outfits.

Pool B had no surprises with experienced sides Apia Maroons and Lauli’i Lions going through to the cup quarter-final.

Lauli’i and Maroons both defeated Nofoali’i in spectacular fashion with the Maroons winning by 33-12 while Lauli’i kept them tryless at 36-0. SCOPA did their best, but fell short against both Lauli’i and Apia.

In the final round of pool games spectators at Apia Park were treated to what could have easily been a tournament final – when the Lions and Maroons went head to head for the Pool decider.

Apia got off to a quick start to lead 7-0 before a yellow card to Maroon youngster Andrew Wulf gave Lauli’i’s Ati Jr Ati the opportunity to put his team level 7-7 at halftime. 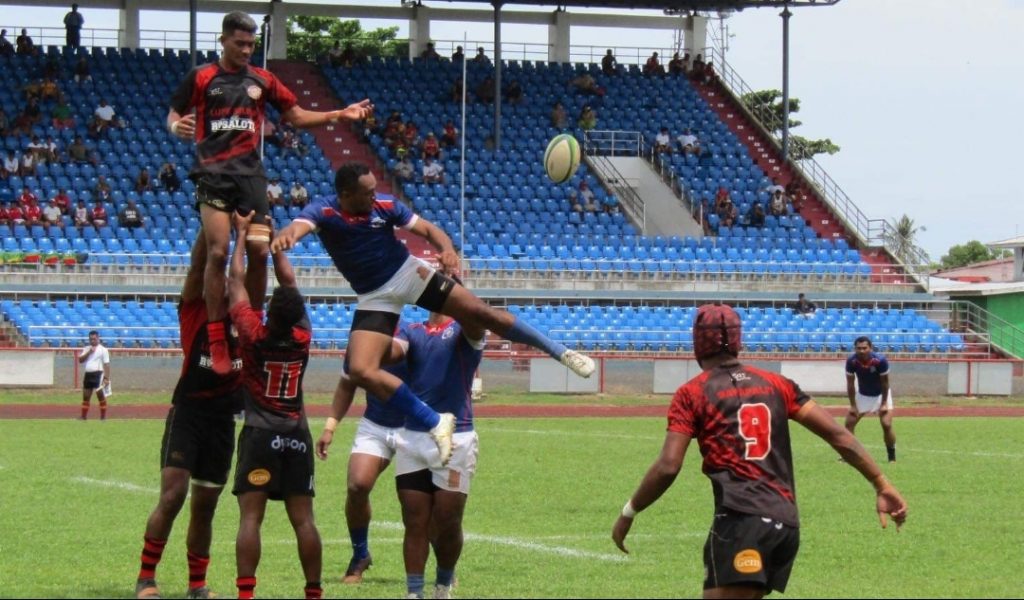 Both teams traded tries to start the half but it was Lauli’i who lead 14-12 with only seconds left on the clock. Ati Jr Ati and Andrew Wulf had tagged each other in the sin bin when Ati was sent off with a yellow card in the second half, giving Wulf the opportunity to crash over the line for the game winner.

Pool C happened as expected with Tamauli and Tepatasi both advancing to the cup quarter finals. Tepatasi are the reigning Samoa National 7’s champions and they looked to continue their form at the Marist 7s. Selected into the National 7’s team, Vaafauese Apelu Maliko of Tepatasi showed form and prowess in leading his side on Day 1.

After a rusty 15-0 win over Safotu and a 21-7 win against Moamoa, Tepatasi were just edged out by Tamauli in the pool decider 12-14.

Tamauli from the Big Island of Savaii are looking sharp and finished Day 1 undefeated and ready to take on Lauli’i Lions in tomorrow’s cup quarter-final.

Pool D was easily taken out by the Faleolo Jets who made their presence felt against every team they faced. The Jets scored the most points of Day 1 with 96 in total, and only conceded 24 points all day. They defeated Sapapali’i 38-12, Marist 29-12 and Malie Sharks 29-0. Their side is experienced across all positions; led by Manu 7s legend Afa Aiono and Manu 7s internationals Melani Matavao, Tuna Tuitama and Johnny Vaili.

Hosts Marist St Josephs did just enough to stay alive in their own tournament with victories over Malie Sharks and Sapapali’i. They face Moataa in the first Quarter Final of Day 2.

The 15 new caps selected into Muliagatele Brian Lima’s Manu Samoa 7’s squad all showed next level up form for their respective teams. Bright Tapeneko from Laulii Lions defended his side of the field well. Theodore McFarland playing for his club side Moamoa, joined there by Miracle Faiilagi with Vailele not appearing at the 33rd Marist 7s.  Tipa Sapeti and speedster Malo Luteru for Vaiala and Taunuu Niulevaea doing the damage for Faleolo Jets, as was youngster Neueli Leutufia for his Tamauli side. 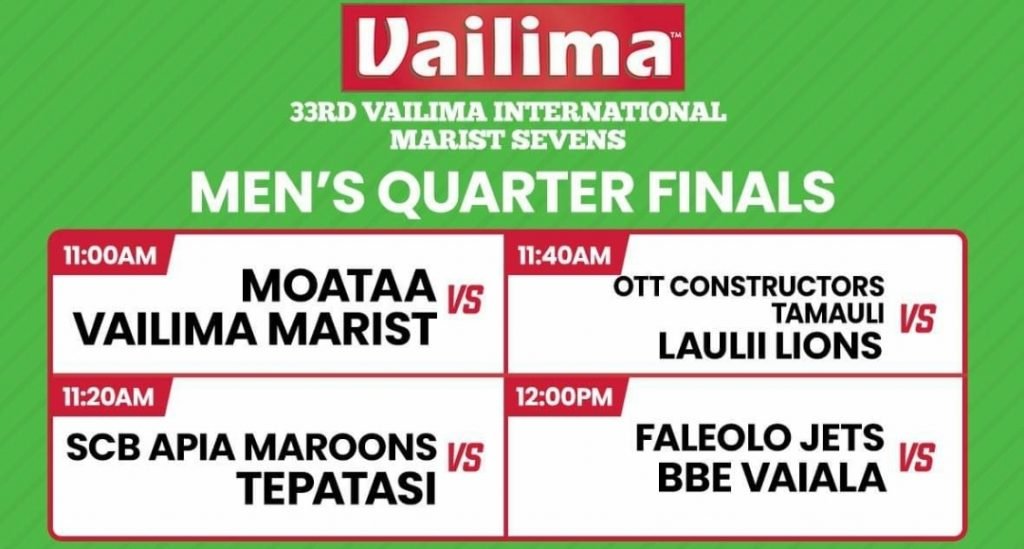 Tomorrow’s Cup Quarter-final will be as follows:

All the best to all sides and may the best team win the Tupua Fred Wetzell Championship Trophy and $15k tala prize money!

Congratulations to Marist St Joseph’s Sports Club for never failing to provide yet another year of exciting 7s footy despite the global pandemic; and God cover all players with his hedge of protection.