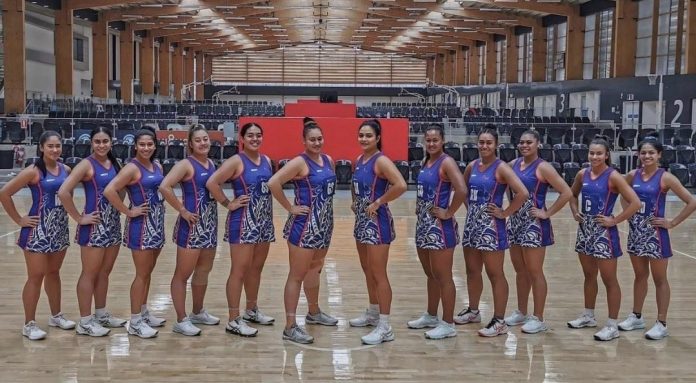 Team Samoa went down 56-60 out on the court in yesterday’s nail biting match-up against Tonga in their third game of the PacificAus Series in Australia.

With nine debutants in its starting lineup, the Samoan team came out guns blazing and applied the pressure on Tonga right from the start, registering a lead of 15-11 in the first quarter. Quality mid-court ball movement from Jessica Lagaaia, set up multiple opportunities for fan-favorite duo Captain Auteletoa Tanimo and Goal Attack Eseta Autagavaia to finish strong at the rim. Samoa maintained their lead at half time by 30-27.

Both teams came back from the lockers to begin the third quarter with an anticipated high level of explosiveness and physicality. Tongas strong attack called for some rearrangement in the Samoan defensive line which saw outstanding efforts from Sheridan Stowers and Melissa Oloamanu.

In a post-match interview with SGN, Samoa Coach Elizabeth Manu said the physicality of Tonga was expected. “Yes we definitely expected it, we are Polynesians ourselves and we have just as much explosiveness and physicality as every other sister island we come against,” said Manu.

A few offensive calls on Samoa cost the team the lead. Trailing closely behind Tonga at 44-42, the pressure mounted on players from both teams.

The girls gave their all out against an undefeated Tongan side, while their Pacific neighbours fought hard to hold on to their lead, ending the game at 60-56.

The developing Samoan side faired well against veteran players, with magic moments throughout the whole tournament where they’ve been able to hold their own and prove themselves to be on par with much more experienced sides.

“There are only a couple of players that are familiar with each other, so it does take time to make those connections with each other. But with time not being on our side, we just had to set out a clear game plan and put structures in place so that we were all on the same page,” said the Team Samoa Coach.

Also responding to questions from Samoa Global News, Captain Auteletoa Tanimo said she was proud with the way her girls pushed through right till the end. “Unfortunately we weren’t able to capitalise on crucial ball in pressure situations, but I am proud with how hard the team worked throughout the entire game”.

“Stay united and connected on Court, empty the tank and fight right till the end”.

Team Samoa left some words of thanks to their precious supporters rooting them on from all across the world.

Head Coach Elizabeth Manu conveyed her appreciation to all of Samoa across the globe who have shown their support for their efforts in Sydney.

“We really appreciate all the support and messages that have come our way. Although we didn’t get the result that we wanted, I hope what you took from the game was that Netball Samoa have so much to offer with the young talent that is coming through, and that’s exciting within itself.”

“We put our trust in God for his blessings. Thank you for your prayers, thank you for the support.”

Join Team Samoa in their last game against Papua New Guinea on Friday at 3:30pm (local Samoan time), supporters may view it for free via https://netballaustralia.tv/