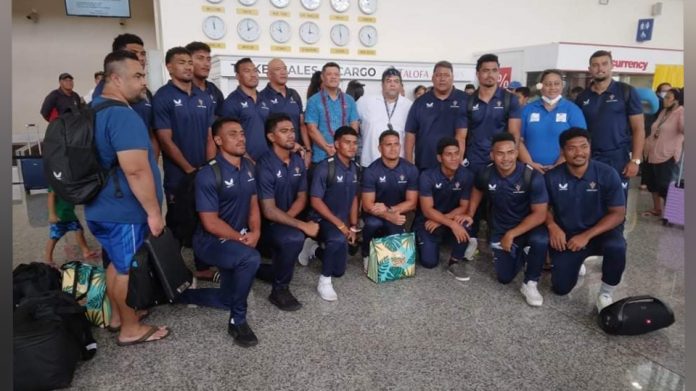 The Honorable Deputy Prime Minister Tuala Tevaga Iosefo Ponifasio, on behalf of the Government and people of Samoa, offered a blessing to Team Samoa, as they take up the quest to represent Samoa at the Commonwealth Games in Birmingham United Kingdom.

The official sendoff that was held on Monday 18th July 2022 at the STA Fale was graced with the attendance of the Deputy Prime Minister who was the guest speaker of the event, the Minister of Education, Sports & Culture Honourable Seuula Ioane Tuuau, the Australian High Commissioner to Samoa Her Excellency Emily Luck, the Deputy British High Commissioner to Samoa Mr. Ower, Government top officials, families and friends. 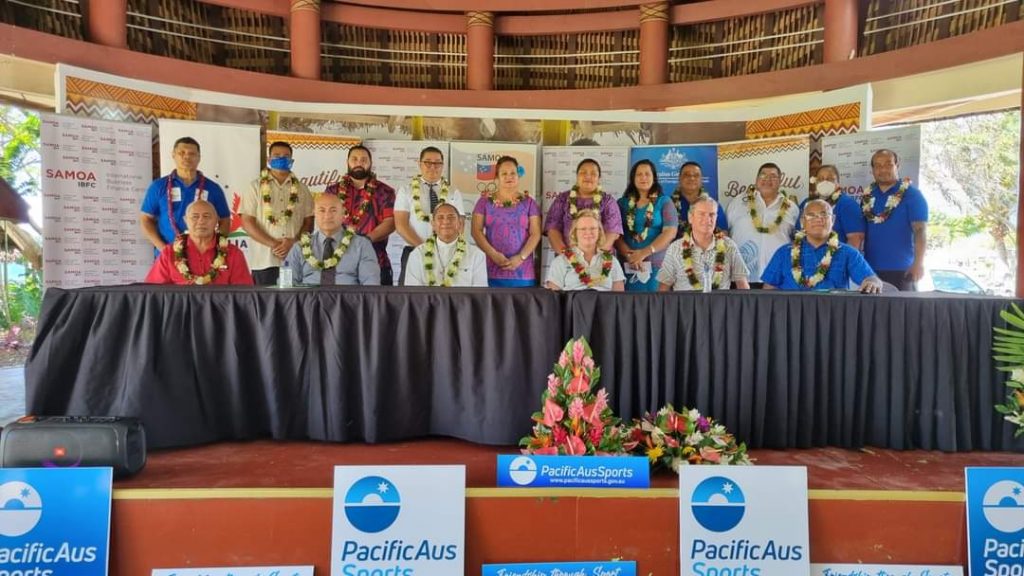 In his speech, the Honorable Deputy Prime Minister acknowledged the efforts of Team Samoa at the Pacific Mini Games last month in Saipan, Northern Marianas, and wished them all the best for the Commonwealth Games at the end of this month.

“Upon returning from Saipan, we have been proud to acknowledge the Team Samoa achievements of 21 medals total, with 8 Gold, 5 Silver and 8 bronze medals.”

“It gives me great pleasure on behalf of the Samoan Government, to address you today in saluting once again our national athletes and management, whom will represent Samoa in their capacity as “Team Samoa” at the 2022 Commonwealth Games in Birmingham, United Kingdom.”

Honorable Ponifasio atriculated, “I take this opportunity, on behalf of the Government, and the people of Samoa, to wish Team Samoa, the very best in Birmingham.”

“A word of spiritual embrace, as we do as custodians of our national emblem, that states Samoa is founded upon God.”

“May the good Lord bless our Team Samoa and empower you with faith, belief and unity”

The Men’s Rugby Sevens management and players were the first to leave the country a week ago, on Thursday 14th July 2022, followed by the rest of Team Samoa who flew out of the country yesterday Thursday 21st July 2022, on the 2:05pm flight, and will be joined by overseas based members of Team Samoa in Birmingham.

Families and friends of Team Samoa flooded the Faleolo International Airport with pride, to see Team Samoa off.

The President and Executive Board of Directors of SASNOC convey deep appreciation to the ongoing patronage of our partners and sponsors, who continue to support Team Samoa, as it embarks on its journey to Birmingham to represent Samoa.

Faafetai tele lava to International Business Finance Centre (IBFC) of Samoa International Finance Authority (SIFA), Samoa Tourism Authority (STA), the Government of Samoa through the Ministry of Education, Sports and Culture, Australia High Commission through the Department of Foreign Affairs and Trade (DFAT) and Pacific Aus Sports, and the British High Commission. Thank you to our Games partners as well for the opportunity and financial assistance provided for Team Samoa to attend and compete in the Commonwealth Games 2022.