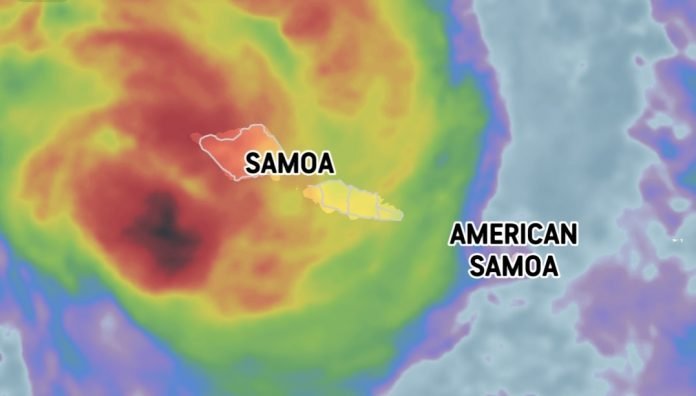 The system is slow moving East South East at a speed of 8km/h. Winds close to the centre of TC Wasi is around 83km/h.

If TC Wasi continues at this projected track it will relocate at about 85km South West of Tafitoala or 105km South South West of Apia at 2am tomorrow morning.

Period of rain with heavy falls and few thunderstorms.

The next severe weather information will be issued at 11pm Saturday 22nd Feb.