Published 23 Jan. Updated 24 Jan 8am.  A taxi driver from State Taxis escaped what could have been a fatal accident when his car swerved into a mango tree infront of a home in Vaiala behind Apia Park at 7am this morning.

A family at Fogavai, Vaiala said they heard a loud thump as the taxi collided with the mango tree infront of their home.

According to witnesses the driver had fallen asleep at the wheel.

However, according to the driver’s family, the accident was caused by a second taxi that had tried to overtake as the driver was making a turn into the Pacific Jewell road.

“What had happened was, he was on his way to work at Pacific Jewel when the incident happened;

“A taxi that was behind the car that was behind him overtook both cars. While his car indicated to turn right to the road going back to Pacific Jewel, the taxi driver that overtook hit his vehicle, causing the car to drift and hit the mango tree”.

“He was badly injured while the other taxi driver stood there looking stupid as if he wasn’t the one at fault.”

The driver and registration number of the second taxi could not be identified by the driver’s family.

Witnesses say it was fortunate that school is still on holiday as there are many school children who walk to school along that stretch of road in the morning”.

A tow truck had arrived to remove the vehicle when Samoa Global News arrived at the place of the accident.

The driver’s side of the vehicle that collided with the tree was the most affected and the engine looked to have sustained irreparable damage.

Police confirm that they are investigating the incident. 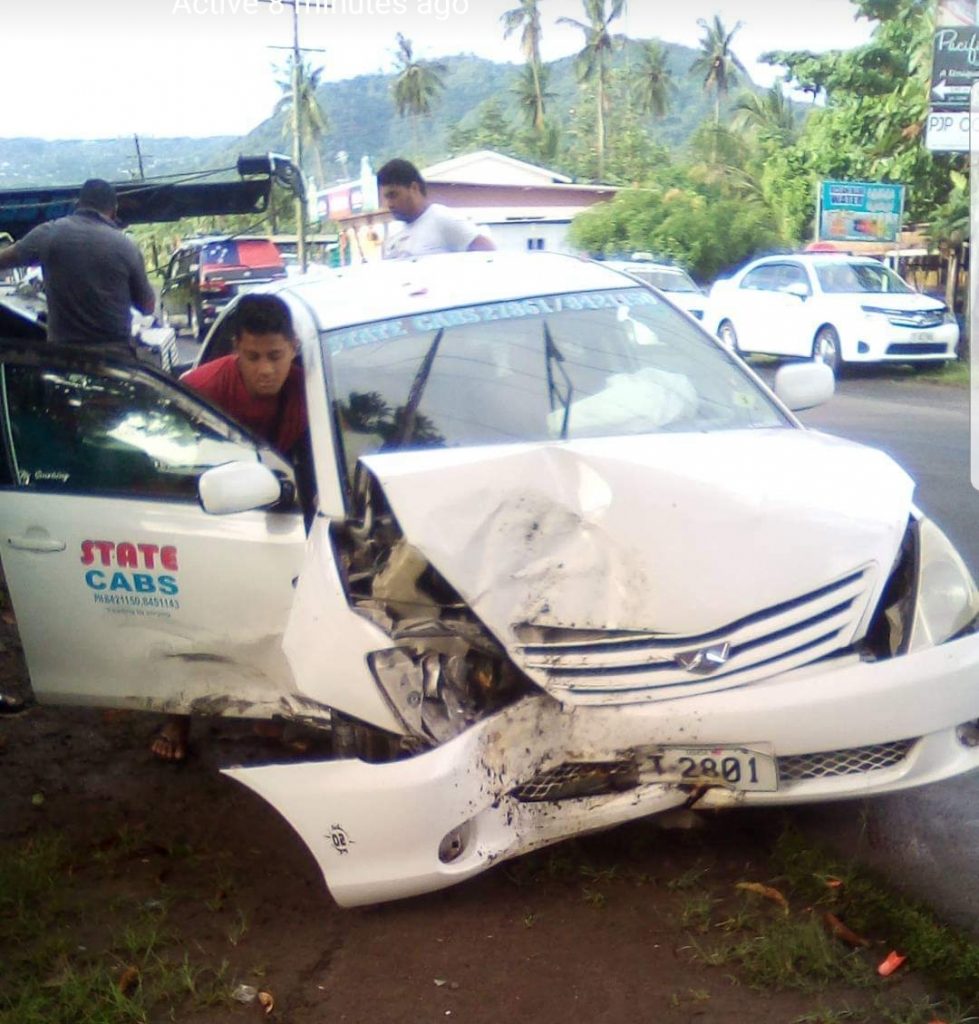 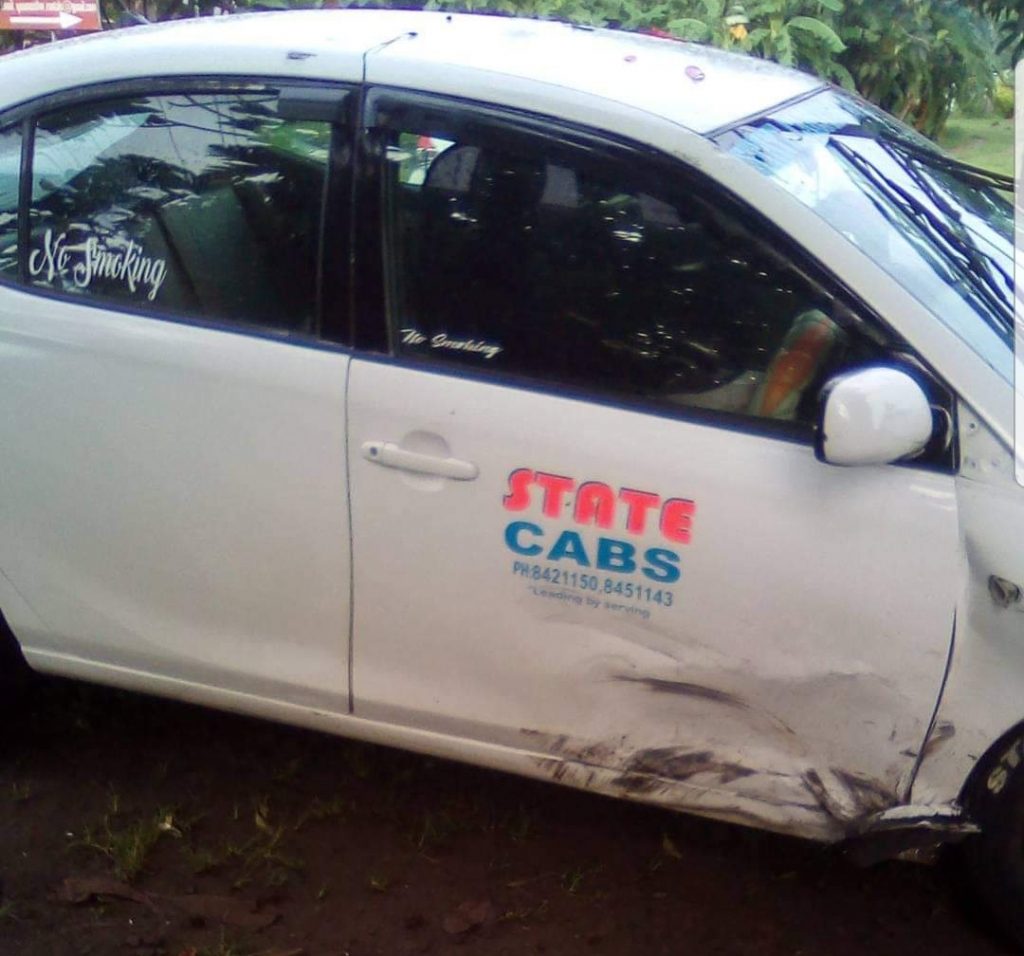