TAUTUA is available at Samoa Stationery and Books Megastore in Apia and Sei Oriana Gift Shop, Auckland NZ where you can click here to order it online. 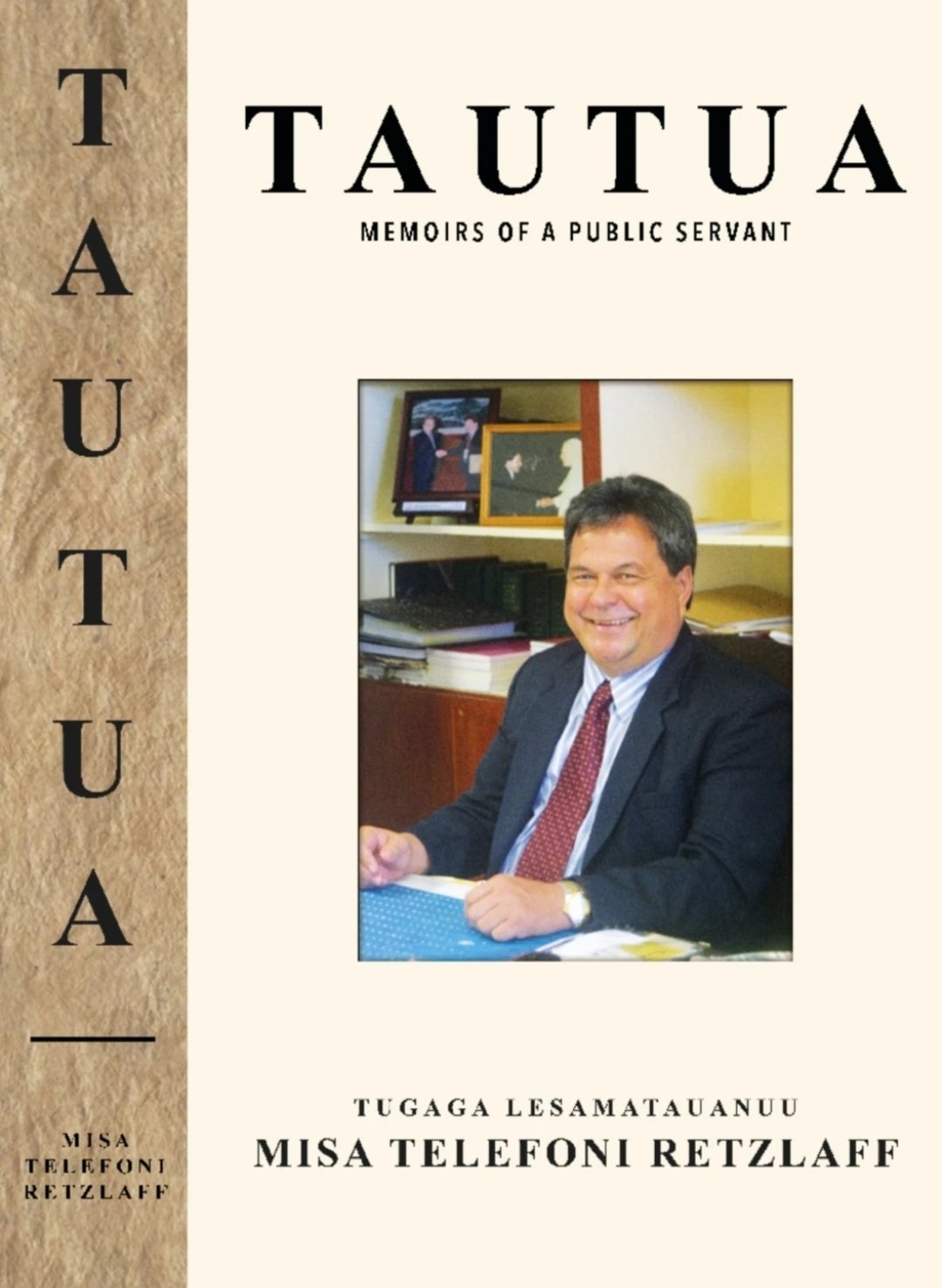 Misa Telefoni Retzlaff attended primary school at Marist Brothers’ in Apia and attended King’s College (Auckland) where he was awarded Scholars and Honours Ties. He was the first student at King’s College to win the prestigious Kelliher Economics Scholarship (nation wide) in 1969.

He graduated Bachelor of Law with Honours LLB (Hons) from Auckland University in 1974. He won a Senior Prize in Law in 1973. He was appointed Attorney General of Samoa in 1986 and held this office until 1988 when he entered Parliament.

He proudly served as the Member of Parliament (MP) of the Constituency of Falelatai and Samatau from 1988 until his retirement from politics and public life in 2011.

He was appointed to Cabinet in 1992 and was to remain a Cabinet Minister until his retirement in 2011. He has held various Cabinet portfolios including Agriculture and Fisheries and he was also Minister of Health.

In 2001 and 2006 he was appointed Deputy Leader of his Party (Human Rights Protection Party – HRPP) and as such he was Deputy Prime Minister of Samoa for ten years from 2001-2011. He also held the Finance and Trade portfolios (amongst others) during this period.

Internationally, he was Chairperson of the Pacific Aids Commission and was appointed President in Office of the African Caribbean and Pacific (ACP) in Brussels. He was President pro tem of the World Health Organisation (WHO).

Misa has been invited to deliver public lectures at Georgetown University in Washington DC and his alma mater Auckland University.

He has published a novel “Love and Money” and also a book of his writings “To Thine Own Self Be True”. Both of these can be viewed and downloaded on his website: www.teleconsult.ws