Taula Beverages Co Ltd is thrilled to announce the continuation of its partnership with the Marist B.I.G Golf Club for 2021 to support the popular Taula Twilight Series.

General Manager Enele Westerlund said the key motivator for Taula Beverages is to be able to support the growth and development of young talent in sport. 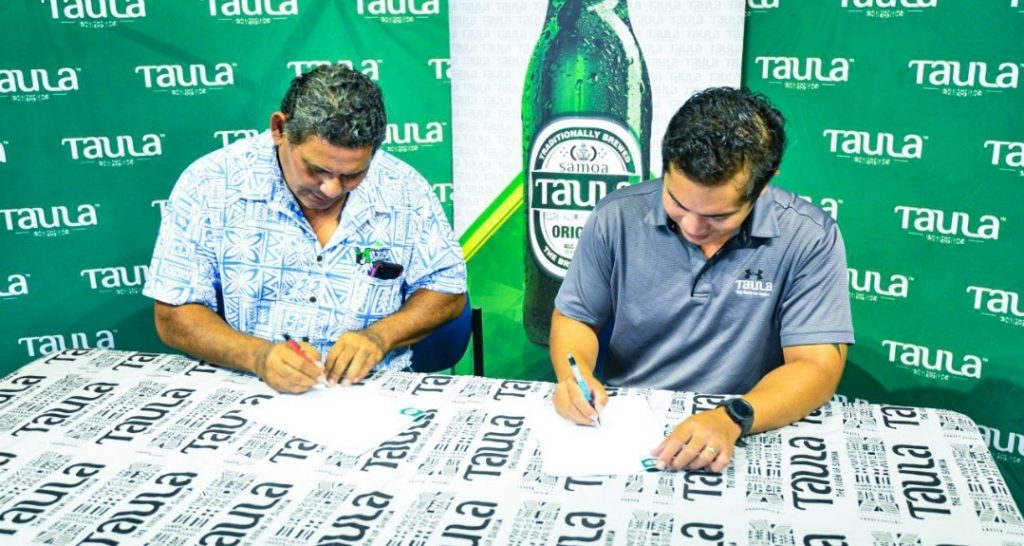 “Like any other sport, the key to its development is to harness players at grass root level.. and Marist B.I.G Golf Club is doing exactly this through its Taxi Junior Program with 12 members registered for junior program under the coaching of Asiata Van Wright,” he said.

“In addition, club members aim to utilise daylight saving to develop their golfing skills, to
promote the game of golf and to foster good relationship within the club. Through inspiration and positivity, together we will be able to grow and develop the talents of the junior golf players,” added Enele.

The Taula Twilight Golf Series started with its initial tournament back in September 2019, where it teed off at Faleata Golf Course as an initiative by the Marist B.I.G (Brothers In Golf) Golf School.

The idea of the tournament was to use the daylight saving time to play a round of Golf, with the intention that the etiquette of the game of Golf is held high at all times.

The Series was played every Thursday for five consecutive weeks where the overall Prize giving was held on the final week at Birdies Bar.

Individual winners were selected from the men and women’s divisions each week during the tournament. The overall winner of each division will then be selected at the final week of competition where their top three scores are totaled and determine who wins the overall.

The Golf school who competes during the five week competition also have an Overall Prize where the scores of their top five players are put together to determine.

An average of 50 players per week have taken part since the series began.