The family of a Malua Theological College student (A’oa’o Malua) are mourning the passing of their beloved son killed in a car accident at Taufusi on Saturday night.

Social media continues to be flooded with tributes for the popular and well-loved second year Malua student.

Friends and family have been posting messages of condolences for the a’oa’o, many of them shocked to hear the news of his sudden passing. 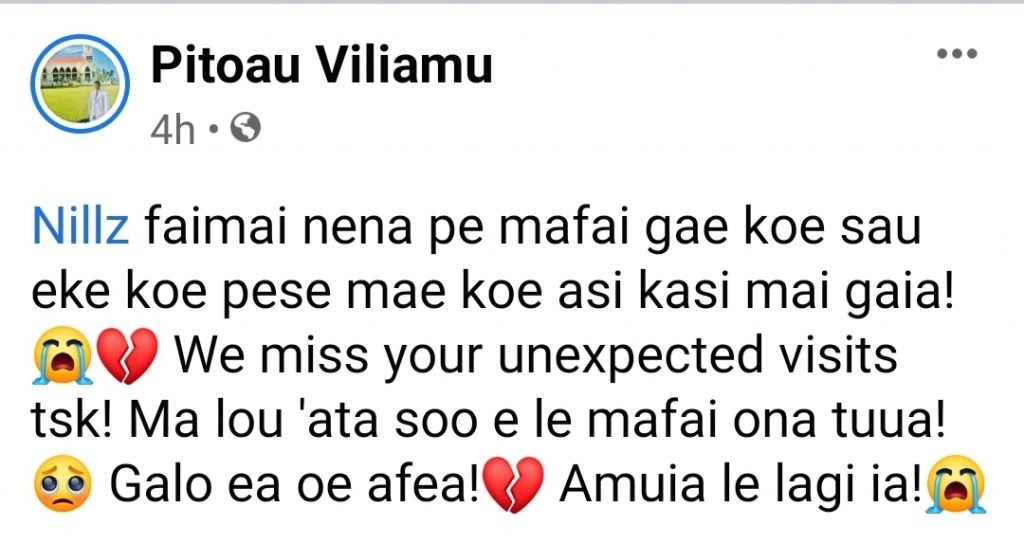 A video posted by bystanders shows the vehicle completely mangled and faced upside down, while the two occupants were being attended to by Fire and Emergency Services (FESA) first responders.

“Our Ambi Crew arrived to find the first victim was already out of the car, he had been removed by a few people who were there..he had no pulse and attempts to revive him were unsuccessful,” said Tanuvasa.

“There were two victims,” confirmed the Fire Chief. “Another ambulance followed and took the second victim to the hospital.. he was in critical condition when our team handed him to the emergency doctor on duty,” said the Commissioner of the Fire and Emergency Services Authority.

Mr Aloi was also a teacher at Maluafou College. Many of his former students have posted tribute messages and acknowledgments for his service, and impact on their lives as a teacher. He was also an employee of the Ministry of Commerce Industry and Labour where he had worked until he passed the entrance exam to attend Malua.

Established in 1844,Malua Theologica College continues to be a prestigious institution with stringent admission criteria. Families with A’oa’o Malua consider it a highest honour and rally support around their A’oa’o throughout the five year  Bachelors course.