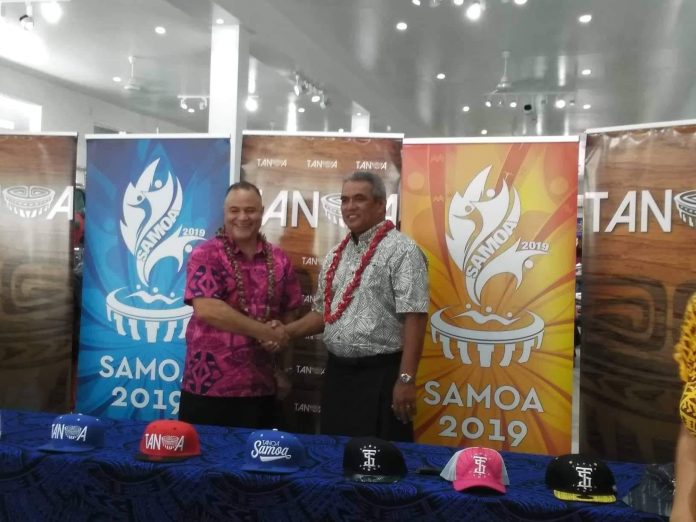 9 April, 2019 Apia Samoa. Tanoa Samoa Clothing Company  has stepped in to be the Official Retailer of the Samoa 2019 XVI Pacific Games.

The announcement was made known earlier today in a signing ceremony between the Chairman of the Pacific Games, Loau Solamalemalo Keneti
Sio and the Managing Director of Tanoa Samoa, Taupa’u Bruce Leiataua.

Speaking during the signing,  Loau expressed his gratitude on behlaf of the government and the committee of the Pacific Games towards Tanoa’s support.

Managing Director of Tanoa Samoa, Taupa’u Bruce Leiataua spoke on behalf of Tanoa Samoa to deliver their well wishes for the Games.

“We at Tanoa Samoa are very excited to be a part of the biggest and most anticipated sporting event in the region, particularly as it will showcase Samoa and the sporting talents of our people,” he said.

“When we first came into business, our focus was to bring local Samoan and Polynesian artists’ designs to life through clothing, and we have done just that.

“We have been blessed over the years with the expansion of our business in the Pacific Region including New Zealand and Hawaii and we wish to share these blessings with our people.

“With this partnership, we hope to give back to our community through our support for the upcoming Games in July.”

The sponsorship package from Tanoa Samoa is valued at ST$100,000. 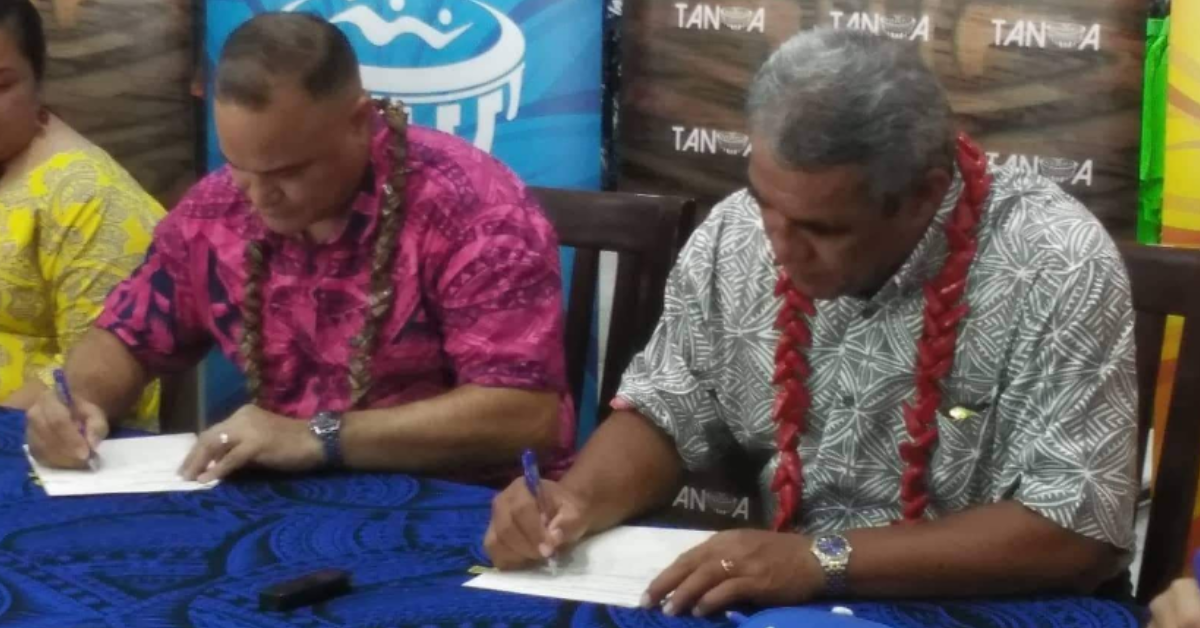