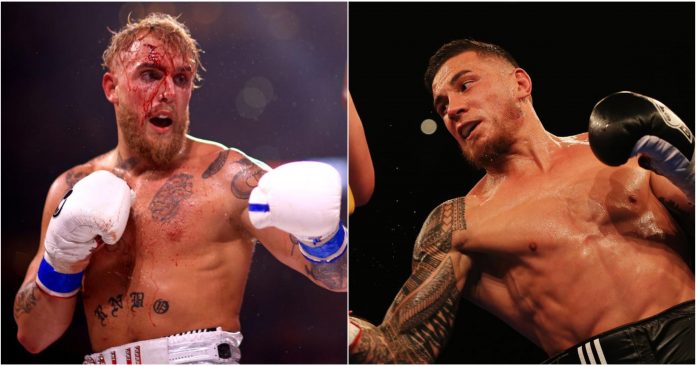 Dual code rugby super star Sonny Bill Williams and Internet phenomenon Jake Paul are both eager to make it happen in the Boxing Ring. Although both emerged to superstardom in different ways, the two have become serious pugilists and their management teams are working to make it happen.

Earlier this month, Happy Punch released a snippet of their interview podcast with Jake Paul who took to release his “hit-list”, fighters he intends on getting in the ring with, mentioning the likes of Floyd Mayweather, Oscar de la Hoya, and Tommy Fury, along with former UFC champions Michael Bisping and Anderson Silva with Sonny Bill Williams capping the list.

After hearing what Paul said, Williams took to his socials to post:

“Looks like I’m on the hit list..I’m not gonna hate on this guy at all as I respect what he’s done and how much work he’s put into this game. I also really respect his skillset as a boxer. But if he wants some he can get it! @jakepaul there is a big market here for boxing in Australia and if you ever want to come down under and fight in a stadium where we play a real contact sport, you’re more than welcome.”

SBW “respectfully” signs off his message as, “your first loss”.

The New Zealand rugby legend is a heavyweight with a 9-0 (4KO’s) professional record, while YouTube star Paul is 5-0 (4KO’s) against handpicked opponents at cruiserweight in his young career.

Despite these numbers and SBW having an overall advantage over Paul, he didn’t shy away from adding SBW to his six man hit list ahead of his August ring return.

Speaking with Mirror Fighting in New York, Paul said: “There are a lot of people on my list…..I would love to take out an Australian, as much as I love everyone from Australia, shout out to George Kambosos, yeah, that would be a big fight. I think we both have bright careers ahead of us and at some point I do see us getting in the ring together and handling it.”

Everyone in this side of the hemisphere knows SBW is a Samoan New Zealander, and not an Australian.

Talks between Paul’s team and Williams had reportedly begun following Williams thunderous first round stoppage of Australian Football star Barry Hill in March. The Kiwi has said that he is also plotting a fight for August, which could be against Paul.

Speaking with the Sydney Morning Herald, Williams said Paul was in danger of underestimating his boxing ability by watching Williams’ old fights.

“I feel in the last six months I’ve improved tenfold, so it’s the confidence I have in my ability,” Williams said.

SBW says it had a lot to do whilst he was in camp with Samoan-New Zealand heavyweight Joseph Parker and his coach Andy Lee in Britain, training alongside WBC champion Tyson Fury for his win over Dillian Whyte.

On entering the ring with Paul, SBW said, “It would probably be a catchweight fight, I’d probably have to drop under 100kg. I know he sits at around 95-96kg, so that could work..

“He’s a powerful athlete and I’m exactly the same, except a bigger version, a taller version, a longer-limbed version. I’m just as good on my feet, if not better than he is..

“That’s how I think it will play out, I could fight him in many ways. At the same time there are a lot of other options out there for us too, it’s just deciphering what’s best for us.”

Whether the fight happens in Williams backyard, or in Paul’s, the pay-per-view numbers will definitely be set to skyrocket. Williams said for him it’s not about the money but rather more about the challenge that comes with the opportunity.