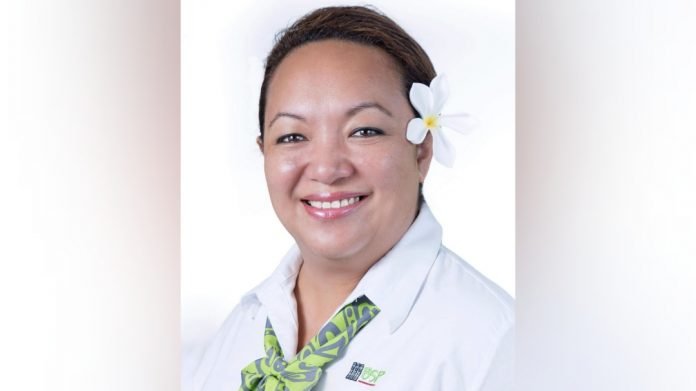 BSP Samoa’s Country Manager, Taitu’uga Maryann Lameko-Vaai has been appointed by the Group to take up the PNG-based role of General Manager Offshore Branches. 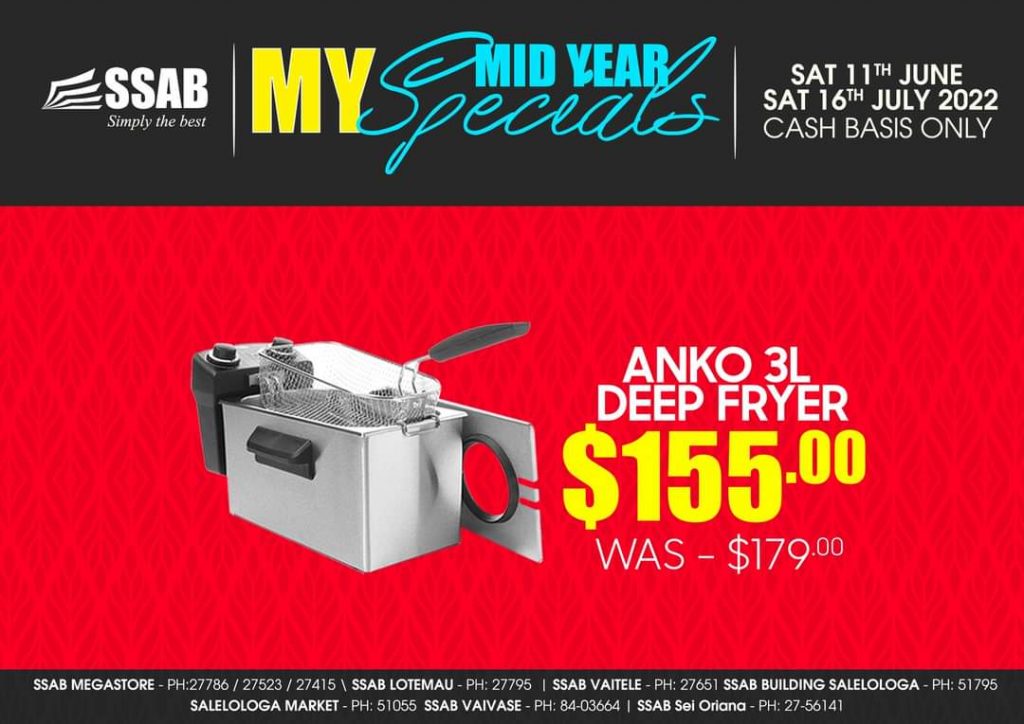 The announcement marks the first time that a non-PNG member of the BSP Group would take up the role, and also the first time in the bank’s 48 year history that a woman has been appointed to the high-level leadership position which oversees all BSP operations in Samoa, Fiji, Solomon Islands, Tonga, Vanuatu and the Cook Islands.

A humble and quiet achiever whose faith in God is unfailing, Taituuga Maryann Lameko-Vaai dedicates her success to her late parents.

“I only wish my parents were still alive today, to witness the fruits of God’s grace through their prayers and hard work.”

Afioga Tuiloma Pule Lameko was a member of Samoa’s Council of Deputies who served as a Member of Parliament for the most part of 38 years, from 1979 to 2016.

One of only five Accounting Fellows in Samoa, Tuiloma Pule Lameko had also served as Minister for Revenue and Minister for Agriculture.

Mrs Meilini Lameko hailed from  the villages of Fogapoa and Lano in Savaii and was the prayer warrior of the family.

“When she got married, she became the homemaker and supported her husband throughout his political career, ” shares Taituuga.

“Mom was the greatest support system, always serving God through service to the church and the faifeau..

“We truly believe that she was the force behind our father’s political success, in constant prayer and serving in the background.”

Taituuga Maryann is the youngest in a family of six, all high achievers, and she says they would not be where they are today without the supportive role of their parents, through sacrifice and prayer.

“My parents always believed in God’s favour and calling over their lives for leadership through service. Our father would always remind us, “O le ala i le pule o le tautua”.

“Dad was determined to prove that poverty can be eliminated from a family, an extended family, a village and a country,” said Taituuga.

The story of Tuiloma Pule Alaimoana Unasa Lameko Gae’e is intriguing and inspirational, and Taituuga gives us a glimpse of the challenges faced by her late father.

“My parents started off from very humble beginnings,” said Taituuga. “Tuiloma Lameko was born in Iliili, Saleilua Falealili to an impoverished family. Due to economic hardship, he couldn’t attend primary school. Instead, he attended the C.C.C.S. (EFKS) free pastor’s school in the 40s and 50s where he was taught the Bible and Mathematics, in Samoan..”

Known as just Lameko at the time, he excelled as a student, and during the annual church exams known as the Suega a Faifeau o le Falefitu, Lameko caught the attention of then Poutasi Primary School Principal, Sauaga Tagiilima.

The school principal organised for Lameko to attend Poutasi Primary School and paid for his entry exam to Avele. Lameko passed the exam but was found to have exceeded the maximum age to enter.

Desperate for her son to go to school, Lameko”s mother, Lina, registered Lameko with a younger cousin’s birth certificate. Taituuga said it would be decades later, in 2006 that they finally traced her father’s real birth date.

“He came to Apia for the first time and Avele became the opening door to his future..”

It wasn’t smooth sailing for Lameko, and he kept losing opportunities because his parents could not afford to pay school fees.

“The family almost abandoned the opportunity to attend Avele because he had no school uniform and fees, but Tagiilima pushed for him to come to Apia while his family searched for his fees and uniform. Some Avele old boys including his cousin Afasene Simanu and another kind heart, Tolagi Opetaia, were sympathetic towards him and lent him their uniforms,” recalls Taituuga.

“He remembered Avele as the place that inspired him, and would say that if anyone could survive the hardship there, they would definitely survive in life..

“‘E le galo oe Avele’, hence he advocated as an MP with the Avele Old Boys in the 1980s for the school to be re-opened.”

Tuiloma Lameko also sat and passed the entry exam to Samoa College, but was forced to leave after a few years because he had no school fees, says Taituuga.

“He then tried the Teachers Training College for a term but also left because of no school fees. He found work as a cashier at WSTEC in 1957 to support his family and provide proper education for younger siblings,” shares Taituuga.

While working as a cashier, Tuiloma took night classes to complete the ‘Public Service Certificate’ and more classes to become a Public Accountant. He worked for the Treasury Department, and after serving a secondment to the International Monetary Fund in 1975 Tuiloma Lameko was appointed the first manager of the Samoa Shipping Corporation in 1976.

“He taught himself public policy, economics and law,” says Taituuga who reflects on when her father had reached 80..

“He was thankful and could not fathom the love, kindness and favour of God in his life as he would say to us, “Oka se alofa o Le Atua ia te au.” (Oh, how God has loved me.)

Taituuga says her parents, like so many families in Samoa, raised their children to get the best possible education from Samoa and abroad. “It was something they always yearned for, especially my Dad.. We learned early that nothing is impossible if we have faith and that no matter where we go, Samoa is home and we must always come back to serve this country”.

Taituuga Maryann was the first woman to lead a Commercial Bank in Samoa, and since taking over as Country Manager, BSP has taken the higher share of the market from ANZ Bank who had previously dominated the banking industry in Samoa.

“Over the past 7 years, the success of the BSP business is predicated upon the support of our customers and the strong faith, dedication and talent of staff,” says Taituuga.

“Our people have been invigorated by our vision and have a strong sense of pride in our organization especially during a time of significant uncertainty..

“I want to thank my staff for their tremendous efforts and for according me the respect and support as their leader..

“I also wish to thank our customers for their trust and continued support”.

To her customers, Taituuga Maryann Lameko-Vaai says she leaves the Samoa business in good hands.

“Whilst I will continue to support the business in a different role, I have no doubt that the next Country Manager will take the business to the next level”.

Taituuga will be relocating to Papua New Guinea in the coming months with her husband and their two daughters. The move will also see the Samoa Chamber of Commerce lose their long-serving Chief Executive Officer, Lemauga Hobart Vaai.