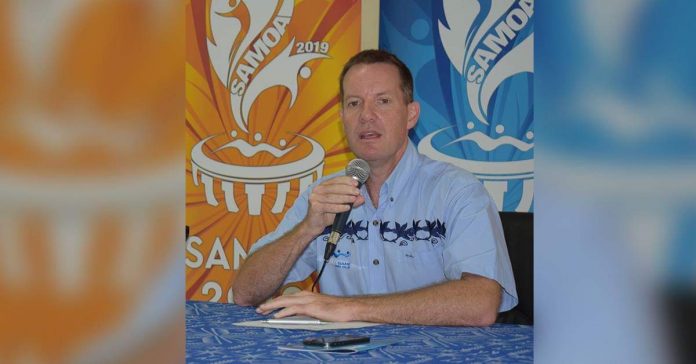 1 March, 2019. Samoa – Tahiti will participate in the upcoming Pacific Games despite earlier reports that they were considering pulling out.

This was confirmed by Chief Executive Officer of the Pacific Games Council Andrew Minogue in a press conference with the media this morning.

“I can assure you Tahiti is coming,” he said.

Last month, Tahiti expressed their concerns over accommodation for Samoa following a visit from their delegation in advance of the Pacific Games.

Vice President of Tahiti’s Olympic Committee, Charles Villierme, had raised his concerns over the media saying the environment will not enable athletes to perform at their best.

“We are used to, have a different way of lodging the athletes like in New Caledonia 2011, but in Samoa at first we were told that all athletes were going to be in hotels and lately we had information that it would be at the Baptist Church lodging,” he told Radio NZ at the time.

“Our General Treasurer and our Chef de Mission have just come back from Samoa and they have inspected those housing for the athletes and it’s not that it’s bad, but our athlete’s figure that they’re not going to be in a good mood but we told them everybody is going to be at the same level.”

Minogue has confirmed that the Tahitian Olympic Committee President and Vice President have not communicated anything negative to him or the Pacific Games Council about Samoa’s preparation for the games.

“I am in contact with them on a daily basis.”

“So I take those are the comments that were made in their own local media by the people who visited here, but it is not something that concerns their Olympic Committee at the highest level otherwise they would have made contact with us,” says the CEO of the Pacific Games.

He said the people who had their views on the facilities as well as the accommodation and the service provided might not always be positive.

“They’ll fit into the village and the services in the Pacific way and I have no doubt that they’ll make a good contribution to the success of these games.”