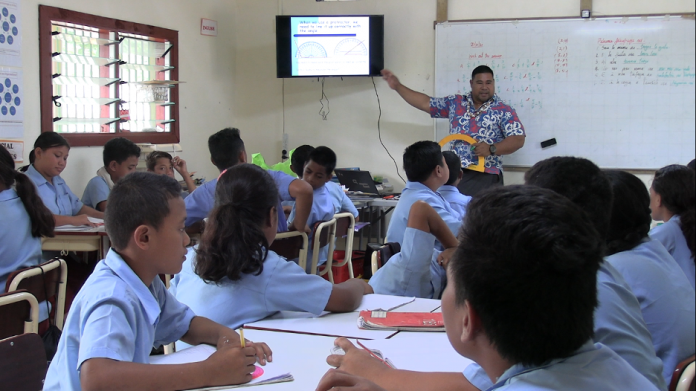 The former Tafaigata Prison compound infamous for detaining notorious prisoners has been transformed to the most technologically advanced education centre for over 300 students of the St Paul’s Academy.

St Paul’s is the only school in Samoa where each classroom is fitted with a wall-mounted flat screen television, connected to a wifi network to access all class lessons. Each classroom is installed with security cameras and a central speaker system, and to date, it is the most advanced primary school compound in Samoa.

The school academy at Tafaigata is now in full throttle with classes starting from Early Childhood Education (ECE) right through to Year 8.

In an interview the the Savali Vice Principal Tevaga Lemalu Pio Tevaga said the name of school has an important purpose.

“It reflects the story of St. Paul from the bible who at first was Saul. And the story of Saul is, he was an unrelenting sinner and a villain to society,” said Vice Principal Tevaga.

“Until Saul was influenced by the grace of God, he changed his name to Paul, and that transformation embodies what has happened here, no longer Saul, but has become Paul. No longer a prison, but now a place where the future of Samoa can be educated,” he added.

St. Paul’s academy is an initiative of the Government in response to the growing population and urban drift to five villages including Tafaigata, Falelauniu, Siusega, Nu’u and Vaitele. 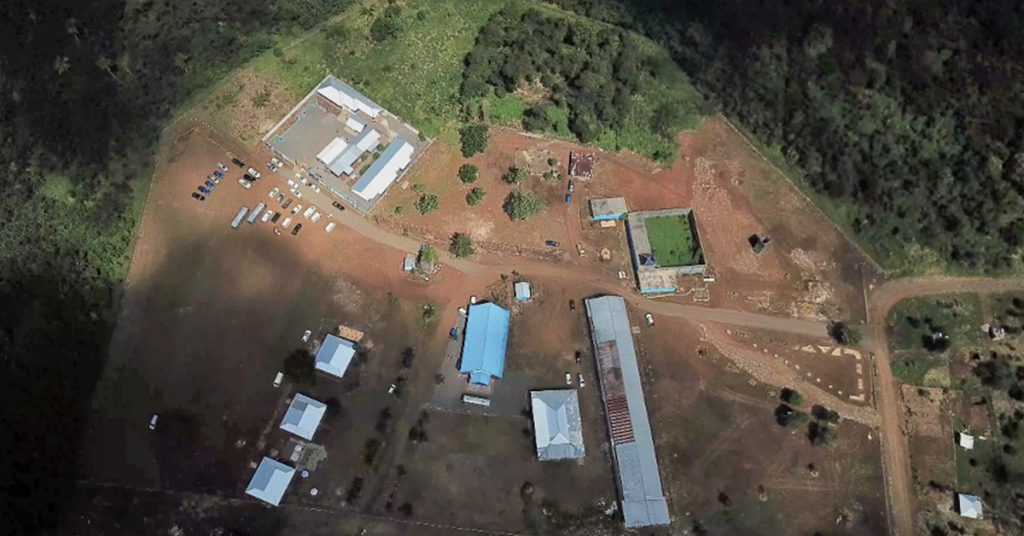 With the majority of former Sogi settlers moving to Tafaigata and Falelauniu, the newly established school caters for parents and students to easily commute.

“The location of St. Paul’s academy eliminates the extra task by parents to commute all the way to town or to Vaitele Uta where the nearest schools are. Instead, families living close by, especially with those who have moved over from Sogi, have a school right next door to send their children,” Tevaga said.

When asked whether the location and its history has shown any impact on the mental state of children, Tevaga says it’s rather the opposite with the spacious grounds giving students plenty of room.

“Early in the morning before the classes start, the children are already sweating and running around the enormous yard here at St. Paul’s. Once they enter the gates, they’re free to roam the compound until that bell rings and school starts,” he said.

The safety of students is ensured by the high tech security system at St. Paul’s academy, as well it’s own security detail overlooking the compound.