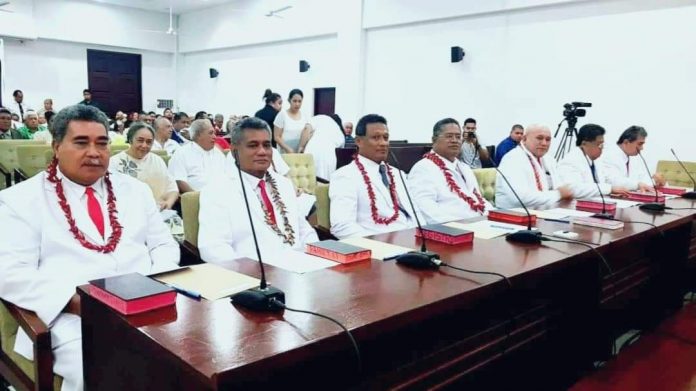 The swearing in ceremony for seven new Lands and Titles Court judges is being held at the Supreme Court of Samoa in Court Room No. 1 this morning.

Selected from close to 300 applications, the new judges have recently undergone a vigorous assessment and selection process includung an examination of Lands & Titles Court legislation and testing of participants’ knowledge of LTC procedures, village and matai system through several rounds of interviews.

Family, friends and supporters of the new judges have filled Supreme Court Room No.1 this morning to witness this historical event.

The program notes that Susuga Toeaina Malolo Manumalo Rev Utufua Naseri will be conducting the worship to begin the ceremony.

The new judges are expected to start in their roles when the Courts resume it’s work in the New Year.

Samoa’s Land and Titles Court possesses a separate jurisdiction in all matters relating to Samoan chiefly titles and in all claims and disputes relating to customary land; and also hears petitions against or from the Village Fono.