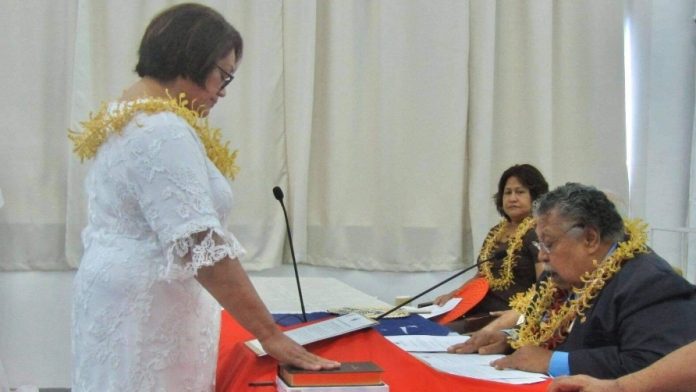 01 April 2021, Mulinuu, Apia Samoa. A swearing-in ceremony for Samoa’s newly appointed Ombudsman was held this morning at the office of the Legislative Assembly before the Speaker of Parliament, Toleafoa Apulu Faafisi. Luamanauvao Katalaina Sapolu took an oath to serve in the unique constitutional role with honesty and independence, with the help of God.

Speaking to the media after the formal ceremony, Luamanuvao talked about the importance of the constitutional role to be an official charged with representing the interests of the public by investigating and addressing complaints of maladministration or a violation of rights.

“This is a God-given role and I will always keep in mind the importance of Human Rights and the Rule of Law.” 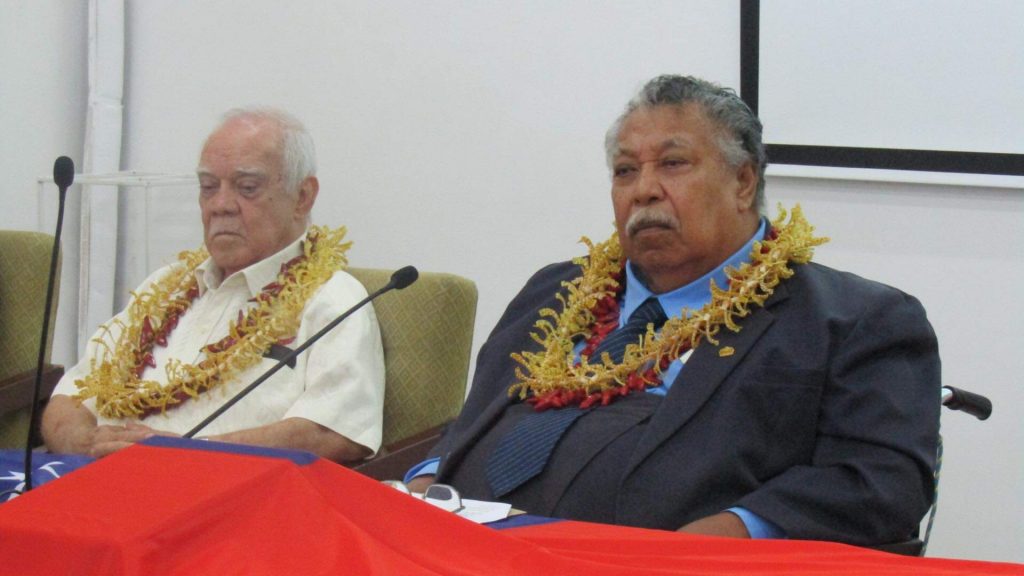 The Ombudsman, who also oversees Samoa’s National Human Rights Institute said she will use her knowledge and experience to uphold good governance and democracy in pursuing her role as the Ombudsman.

The role of the ombudsman in Samoa includes scrutinising the work of the Executive arm of government, thus it is an appointment not of the Executive but of the Legislature. Appointed for 6-year terms, the ombudsman enjoys a large measure of independence and personal responsibility and is primarily a guardian of correct behaviour.

Samoa’s first Ombudsman was Professor Jack Richardson who served from 1990 – 1992, followed by Vaovasamanaia Reginald Phillips appointed in 1993 and passed away while in office in 1994.  Maiava Iulai Toma was appointed in 1994 and served for the past 26 years until his resignation late last year.

Samoa’s newly sworn-in Ombudsman is a lawyer by profession who started her career in 1988 as a staff solicitor for the Sapolu and Co. Barristers and Solicitors, becoming a Principal Solicitor from 1992 – 2002.  In 2002 Luamanuvao moved abroad to take up the role of Adviser and Head of the Legal and Constitutional Affairs Division of the Commonwealth Secretariat, where she remained for over 15 years.  For two years, she served as the Chief Legal Counsel for the Secretariat of the African, Caribbean and Pacific Group of States (ACP Group) in Brussels.

She became Director of the Rule of Law Division of the Commonwealth Secretariat from 2013 – 2017, before she was appointed as the Senior Director for Governance and Peace Directorate from 2017 to 2019.  Luamanuvao recently returned to Samoa and comes to the Ombudsman role as a Barrister and Law Director for PL Strategy Consulting Limited.

Luamanuvao was asked by media about the possibility of changing the term “Ombudsman” to “Ombudswoman”.  Luamanuvao says she will never change the name.

“Ombudsman is the official name, it doesn’t matter the name,” she said.

About the Office of the Ombudsman

The Office of the Ombudsman also Samoa’s National Human Rights Institution provides advice to the general public on matters relating to good governance and investigate practices of maladministration of government agencies.

It also carries out research and conducts activities in the promotion and protection of human rights in Samoa and conducts investigations concerning the abuse of power by enforcement agencies.

“The promotion of integrity in governance, the protection and promotion of human rights in Samoa and equal and fair treatment of people”

Mission:
To provide good leadership, management of systems, processes, efficient support and coordination for the successful implementation of the Office’s Work Programme.
To enhance the lawful delivery of State Agency mandates to the reasonable satisfaction of members of the public.
To promote and protect human rights and freedoms as the National Human Rights Institution (NHRI).
To provide effective oversight and address misconduct of agencies exercising the coercive powers of the State and to conduct special investigations as may be authorised.