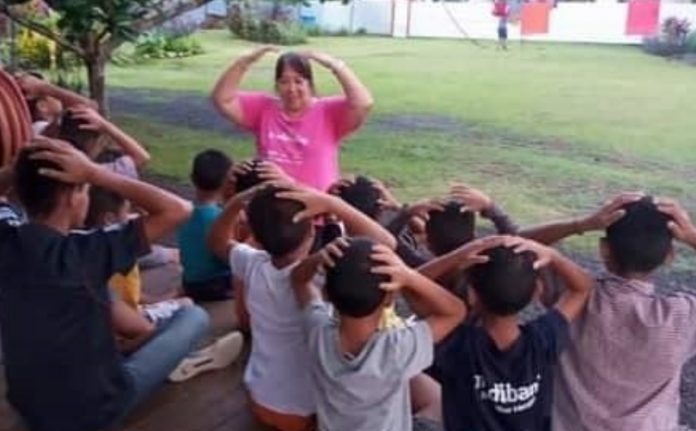 As the world’s UNiTE in activism to end violence against women and girls kick start the 16 Days of Activism on Friday, 25 November 2022, Samoa Victim Support Group is joining the global campaign with a positive mentality.

This is through SVSG’s approach focused on “leaving no one behind in advancing progress made on EVAWG in Samoa.”

It is an acknowledgment of the changes being made thus far; from small ones to bigger changes; that we have made together as a community, to eliminate violence against women and girls.

In Samoa, SVSG have worked with victims of violence who have become survivors, speaking up as ambassadors of the ending violence campaign.

The perpetrators of violence program with men, women and young referred from the Family Court have impacted the lives of the perpetrators and their families, highlighting a change in mentality, attitude and behavior towards violence.

At the Campus of Hope, the children suvivors of violence will start its 16 Days of Activism campaign by commemorating the International Day for the Elimination of Violence Against Women on Fridady, 25 November. This is through the children’s ‘Flag Raising Ceremony’ at the Campus, signifying the celebration of freedom, hope and dreams represented by our country’s independence. Please join us to celebrate together with our children their dreams and aspirations as survivors of violence.

The coming together of men and boys to front up the ending violence against women and girls campaign in Samoa is therefore a change worth celebrating.

According to the President of Samoa Victim Support Group, together, “we will be able to end violence against women and girls in Samoa.” Siliniu Lina Chang

Background Information:
The 16 Days of Activism against Gender-Based Violence is an annual campaign that begins on 25 November, the International Day for the Elimination of Violence against Women, and runs through International Human Rights Day on 10 December.