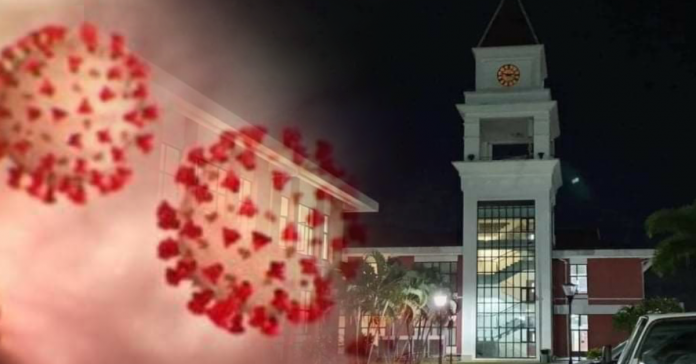 The Samoa Prime Minister Tuilaepa Dr Sailele Malielegaoi has confirmed that the one patient currently in isolation at TTM Hospital under investigation for COVID-19 is a Samoa Airways flight attendant.

According to the Prime Minister the woman who is of Samoan descent is a staff member of Malaysian carrier Malindo Air who operate Samoa Airways flights between Apia, Auckland, Brisbane and Sydney.

The Samoa Airways arrangement with Malindo Air  to lease a Boeing 737-800 is a full-service lease that includes the provision of all flight attendants.

Prime Minister Tuilaepa says the woman who presented with a high fever is being closely monitored by doctors and health care workers at TTM Hospital.

Tuilaepa says there are current plans to return the Milando Air aircraft in the coming week given the duration of closed borders, adding that the patient is expected to also be returned on the flight.

The Prime Minister says this break from overseas travel with worldwide bans imposed on international borders is a good time for Samoa Airways to reconsider its lease arrangements.

Samoa is still free of the deadly coronavirus which has infected 199 Countries and Territories around the world with a reported 738,233 confirmed cases and a death toll of 35,004 deaths.

To date there have been 26 tests carried out on symptomatic individuals with a history of overseas travel in the preceding 14 days.

Samoa has had 20 tests return NEGATIVE while 6 specimens are in storage awaiting transport according to the latest Ministry of Health update.