This is an exclusive interview with one of the many survivors of sexual abuse sheltered at the Samoa Victim Support Group’s House of Hope.

Mesepa has come forward as a survivor to share her story in the hope that others who have been abused would have the courage to speak out. Mesepa is now 17 years old and currently on SVSG’s reintegration programme.

Mesepa Kaiva Lipine was a happy 14 year old girl, growing up at Salani, Falealili as the second eldest in a family of seven children. Her parents worked hard to put her and all her siblings through school, and Mesepa says that she never wanted for anything.

She says that she also never imagined in her worst nightmare that one day, she would leave her parents, her family, her siblings, her school and the life she had in her village – to be sheltered together with other victims of rape and sexual abuse, at the SVSG Campus of Hope.

There are over 70 children being cared for by Mama Lina of SVSG, most of them awaiting Court proceedings for cases such as rape, sexual assault and indecent acts perpetrated toward them by members of their own families, or people from their own villages.

Mesepa was raped by a High Chief from her village, who had threatened to kill her if she ever spoke a word to anybody. The high chief had been a good friend of Mesepa’s father.

Mesepa was raped five times on five separate occassions within a two-month period in 2017. Out of fear, she did not speak out or tell anybody what had happened to her until she fell pregnant by her rapist.

Mesepa regrets not telling somebody after the first time she was raped, and knows now that if she had, she would not have had to endure a pregnancy as well.

Today, as a survivor, Mesepa wants to speak out and says she wants to send a strong message of encouragement to victims – girls, boys or faafafine – who may be going through the same thing that she had gone through.

“Please, SPEAK OUT and SHARE what’s happening with your parents, a family member, a teacher, a friend….anybody!”

“I learnt my lesson the hard way, because it happened five times and I was so scared of his threats that I kept it to myself, and never told anybody”.

“But if you are being raped by somebody…  even if they’re making threats towards you.. please just SPEAK OUT and tell somebody”, Mesepa pleads.

Mesepa held back tears as she recalled the first time the 61 year old “family friend” had taken her in his car, “to go shopping” (e fai mai le faatau).

She says no one would ever believe that this best friend of their father could break the trust given to him.

“My father trusted him like a brother and that is why he allowed me to go with him…my father would never have thought that something this horrible and appalling would happen to me,” she said.

Mesepa says her fathers best friend drove her to a secluded area (togavao) in the neighboring village of Satalo, and raped her on that first day. He then told her that if she ever spoke to anyone about what had happened, he would kill her. He told her to not speak a word to any of her family, and especially to her parents.

“The first day was like a nightmare, I wanted to scream to the top of my lungs but he covered my mouth and told me to shut up,” she said.

“I felt severe pain in my private parts, and also my whole body because he was forcing me to lie down while he’s on top of me doing all these things to me”.

“The other times were also awful. He was like an animal and I felt so much hate towards him.”

Telling her story three years later, Mesepa says she remembers the months it happened, as if it were yesterday.

In that period of time, Mesepa says her father’s so-called best friend kept coming back to their home to visit, and always made an excuse to take her in his car on an errand.

He would rape her repeatedly on different occasions; before she was discovered to have fallen pregnant.

One day, Mesepa started to feel strange. She would vomit after eating and felt weak all the time (fa’apalupē). She also noticed that she had missed her monthly menstrual period.

“My mother started to ask me so many questions, but still, I never said a word.”

Mesepa remembers the first time her mother was told that she had missed her monthly period.

“I will never forget the look of anger on her face, and the sadness in her eyes”.

Her parents took her to the hospital and everything was revealed. Mesepa finally told her mother what had happened, after the doctors confirmed that she was pregnant.

“It was like a nightmare to my parents who trusted this man like a family member when I told them everything that had been happening to me;

“Even though it was very hard for my parents to accept, they took action and sought every assistance they could get, to seek justice for what this man had done to me”.

Mesepa’s parents filed a complaint with the Police, and the 14 year old was taken to the SVSG shelter towards the end of 2017, where she would be sheltered during her pregnancy.

At the age of 14 going on 15, Mesepa carried her baby to full term, but the child died at birth.

Mesepa recalls the ordeal of being pregnant and the pain of giving birth, followed by the emotional drain of having a stillborn baby.

“There were complications and the baby died at the hospital”.

Today, Mesepa is on the road to recovery, under the care of SVSG President Siliniu Lina Chang affectionately known as, “Mama Lina”.

Mesepa shares that although the experiences she went through were painful and hard to forget, she says she is now a whole new person.

“I thank God that I am able to have the courage to move forward;

“I have been able to recover and have learnt a lot here, from what Samoa Victim is teaching me,” she said.

The SVSG reintegration programme is designed to set a pathway for survivors, so they can pursue education, find employment and move on from the shelter.

Mesepa shares that she does not want to go back to her family and village, because for her, she says it will bring back bad memories.

“This is my home now, these children under the care of SVSG are my siblings now, I love it here at Samoa Victim”.

In tears, Mesepa says, “I am happy here, even though I really miss my parents, siblings and other family members, but this is my home now.” 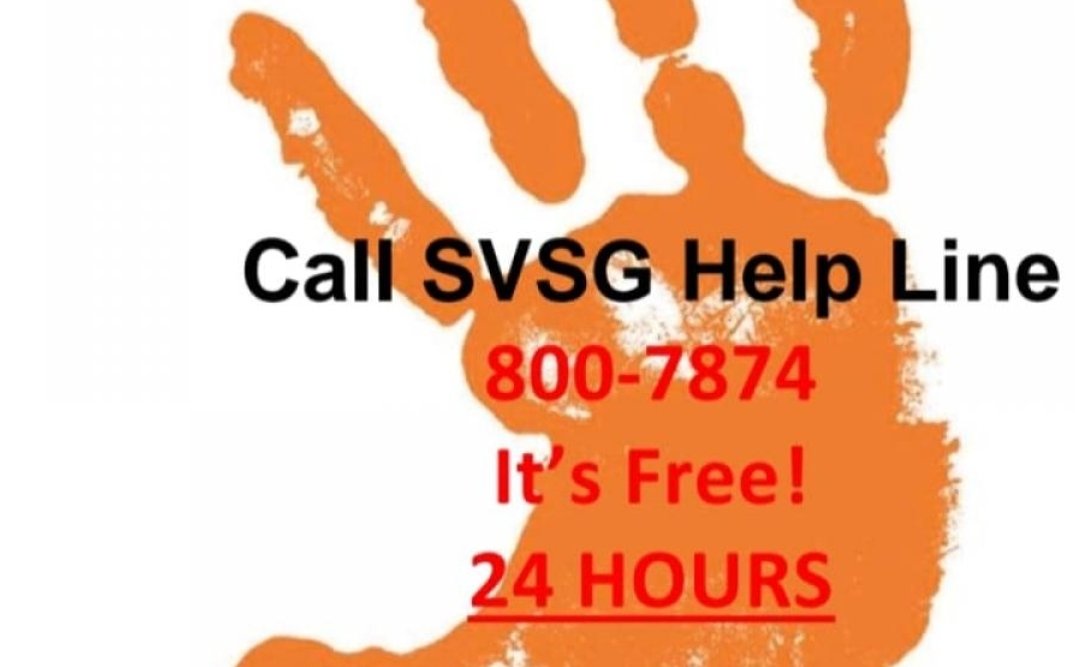 Community Notice: If you or someone you know is affected by domestic or sexual violence, please call the Samoa Police Service on 22222 or the SVSG Free Calling Hotline on 800-7874.