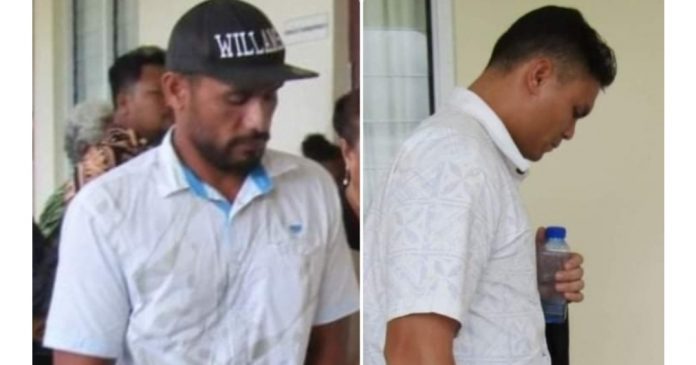 Two young men accused of murder for allegedly causing the death of returning Engineering graduate Jeremiah ‘Malaki’ Akeli Tauiliili at the Marina Glass Lounge in November 2018 were acquitted by Justice Mata Tuatagaloa in the Supreme Court of Samoa this afternoon.

Herman Westerlund and Suapaina Savaiinaea both faced murder charges with the alternative charge of manslaughter.

“Both defendants are acquitted of the charges of murder and manslaughter. The charges are accordingly dismissed”.

The decision comes exactly three months after a judge-only trial in a case that has attracted much public interest since the tragic incident.

In delivering her sentence Justice Tuatagaloa said Prosecution had failed to prove their case beyond reasonable doubt.

Justice Tuatagaloa focused on the findings of Pathologist Mr Paul Boterill and said, “There is no certainty of the exact time that Jeremiah suffered from the head injury”.

Justice Tagaloa found that the Pathologist could not determine the lethal force that had caused the injury resulting in death.

She further found that there could have been more than one cause of death.

The tragic incident involving youth in a nightclub on the eve of 30th November 2018 ignited a wave of social media posts from members of the public taking sides, many calling for #Justice4Malaki, who is the son of Samoa’s Member of Parliament for Vaimauga i Sasa’e, Sulamanaia Fetaiai Tuivasa Tauiliili.

Sulamanaia and his wife who had frequented the Courthouse at Mulinuu during the 2-week long trial in May this year were not seen in Court on Wednesday. TV1 Samoa reports that the Member of Parliament from Letogo was not aware of the Court date for the decision, and only learnt about it when they called.

Friends and family of the accused filled the Supreme Court of Samoa to hear the judge’s decision and were elated with the result after almost two years of the ordeal.