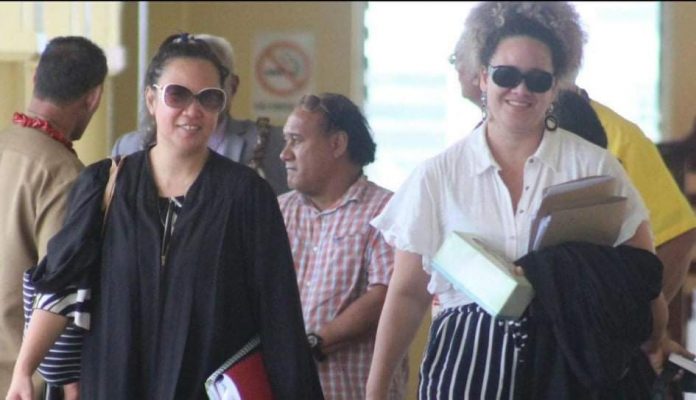 1pm Friday 7th May 2021, Mulinuu Apia. The Supreme Court of Samoa has dismissed an application by the AG to discontinue the much anticipated legal challenge by Faatuatua i Le Atua Samoa ua Tasi (FAST) against the Electoral Commissioner for invoking Article 44(1A) that resulted in the Head of State issuing a warrant of election to allow an additional Member of Parliament for Samoa following the closest election in the nation’s history.

The decision to have the Attorney General’s motion dismissed was handed down by Justice Lesatele Rapi Vaai on behalf of panel of Justices that included Justice Niava Mata Tuatagaloa and Justice Vui Clarence Nelson.

Attorney General Savalenoa Mareva Betham-Annandale had applied on Wednesday to have the FAST challenge discontinued on the basis of a writ issued by the Head of State revoking all Warrants of Appointments relating to the 9th April 2021 General Elections, directing Samoa to return to the polls on the 21st of May 2021.

According to the Attorney General, the warrant of election being challenged by FAST would no longer exist following the direction handed down by Samoa’s Head of State. However, in Court this morning Justice Vui Clarence Nelson asked the AG to explain the authority used by the Head of State.

“Under what authority did the Head of State have to issue this?” inquired Justice Nelson.

Justice Nelson said the motion by the AG to discontinue the FAST challenge was based on the writ issued by the Head of State to revoke Aliimalemanu Alofa’s appointment.

“The Head of State revoking the warrant of appointment, isn’t that the basis of your application?” pressed Justice Nelson.

FAST counsel Mauga Precious Chang said the Court still needed to interpret Article 44(1A) of Samoa’s Constitution, which is just as applicable to any new elections.

Aumua Ming Leung Wai representing Aliimalemanu, told the Court that his client wished to continue with the matter in order to clarify the interpretation of Article 44(1A) and determine how many women should be in parliament at this time.

“There is no reason to stop interpreting Article 44 of the Constitution. We have to deal with it now, so that we, as a country, can move forward,” said Aumua.

The panel of Judges acknowledged the position taken by Aliimalemanu.

“I thank the wisdom in your client’s instruction,” said Justice Niava Mata Tuatagaloa.

The Supreme Court will deliver its decision on the interpretation of Samoa’s Constitution Article 44(1A) that determines the validity of the Aliimalemanu Alofa Tuuau as the 52nd Member of Parliament, on Monday 17th May 2021.

A seperate application by FAST challenging the constitutionality and lawfulness of the Head of State’s call for Samoa to return to the polls, will be heard for mention at 3pm this afternoon.

This is a developing story…