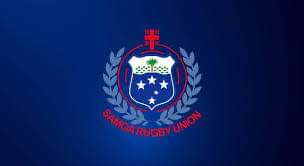 Manu Samoa fans will have more Super Rugby teams to follow with three players who represented Samoa at the 2019 Rugby World Cup in Japan being named in separate Super Rugby squads for the 2020 season.

3-time Super Rugby champion Michael Alaalatoa will continue his stellar career with the Crusaders. Brother of Wallaby Allan Alaalatoa, Michael is elder of the two who had opted out of his Mitre 10 cup duties to represent Samoa.

Leading up to the 2015 ITM Alaalatoa made the from Australia to New Zealand and aftet a solid season for Manwatu he secured a 2016 Super Rugby contract with the Crusaders.

Kane Leaupepe was called into the Hurricanes squad as injury cover in March 2019 and made his debut for the Hurricanes at the Westpac Stadium off the bench against the Crusaders.

His Super Rugby debut followed a few months after he made his test debut for Samoa on their 2018 End of Year Northern Hemisphere tour.

Arguably Samoa’s Player of the RWC tournament the soon to be 27 year old has secured a well-earned place on the Hurricanes squad and a Super Rugby contract for the 2020 season.

Ray Niuia who had been with the Highlanders in 2019 makes the move to the Blues for the 2020 season.

Niuia, who moved to the South Island to play Mitre 10 for Tasman after 3 seasons with North Harbour stepped up for Manu Samoa at the RWC when an early suspension and concussion of Motu Matuu forced him to be Samoa’s starting hooker.

With next to no game time for Highlanders last season, Niuia looks to get more time on the paddock with his new team.

New Zealand’s development and pool of players continues to grow with the announcement of forty-six ‘rookies’, defined as those players who have signed their first full-time Investec Super Rugby contracts, among the 195 players contracted to the Blues, Chiefs, Crusaders, Highlanders and Hurricanes for the 2020 season.

“There are also nine international players with all five clubs fielding at least one, seven sets of siblings, and 11 players whose fathers also played Investec Super Rugby”, states the announcement.