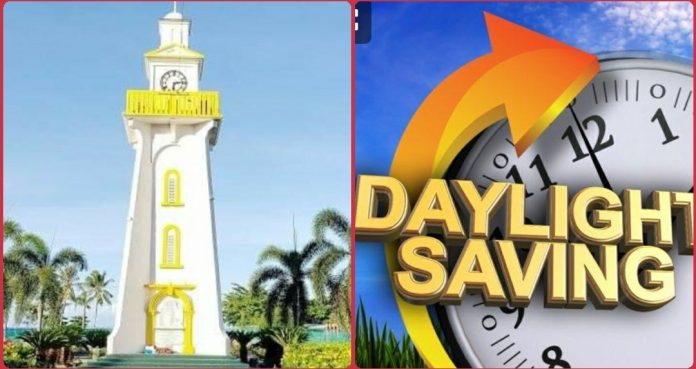 At least churches would have had parishioners there an hour early and not an hour late for church, especially if they did not receive the text message warning in time, sent by their telephone network company. 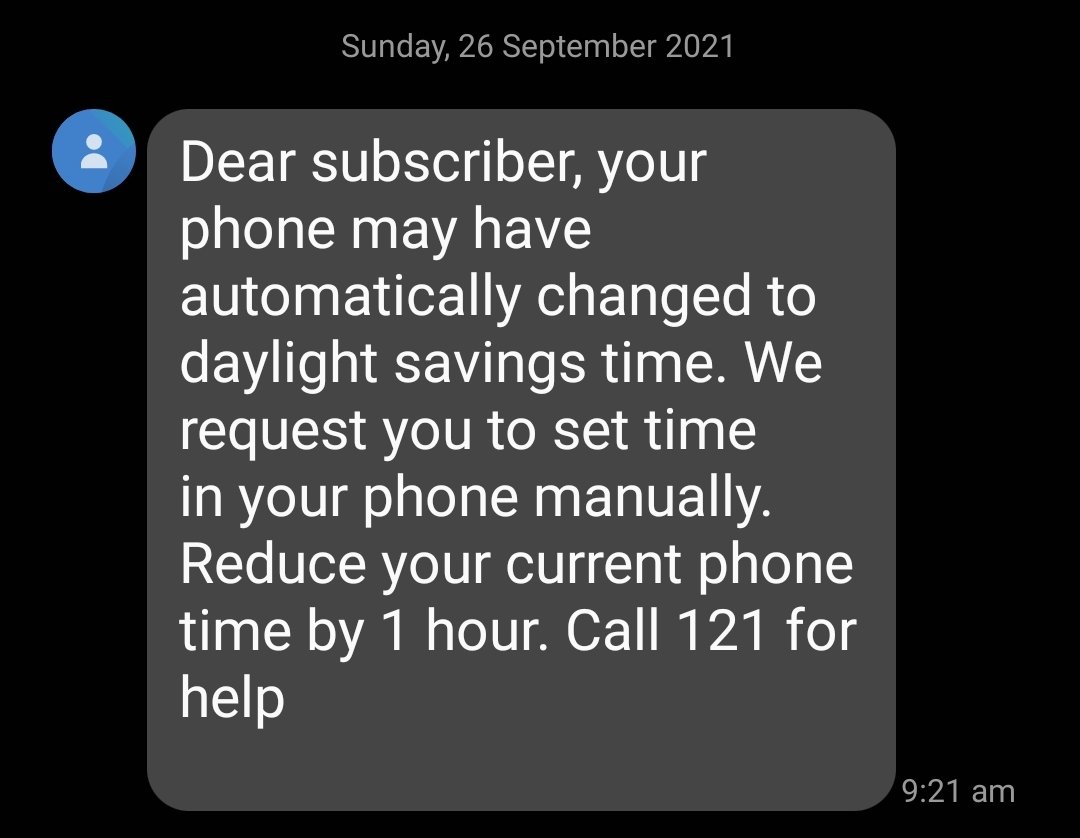 If you did try to set your time manually, you’ll find resistance from your phone, and many have found it easier to just set it to Tongan 🇹🇴 time.

After 11 years of Daylight Saving Time being in place, Samoa’s Cabinet gave a one-week warning when it announced on the 20th September 2021 that it would not be activating DST this year, where clocks were expecting to be turned forward on Sunday 26th September.

“The Ministry hereby advises that the Daylight Saving Time (DST) has ceased as per Cabinet Decision FK(21) 37 dated Wednesday 15 September 2021.”

“The public and businesses are therefore advised to continue to follow the normal time as currently in force”.

Samoa’s Daylight Saving Act 2009 is administered by
the Ministry of Commerce, Industry and Labour (MCIL). 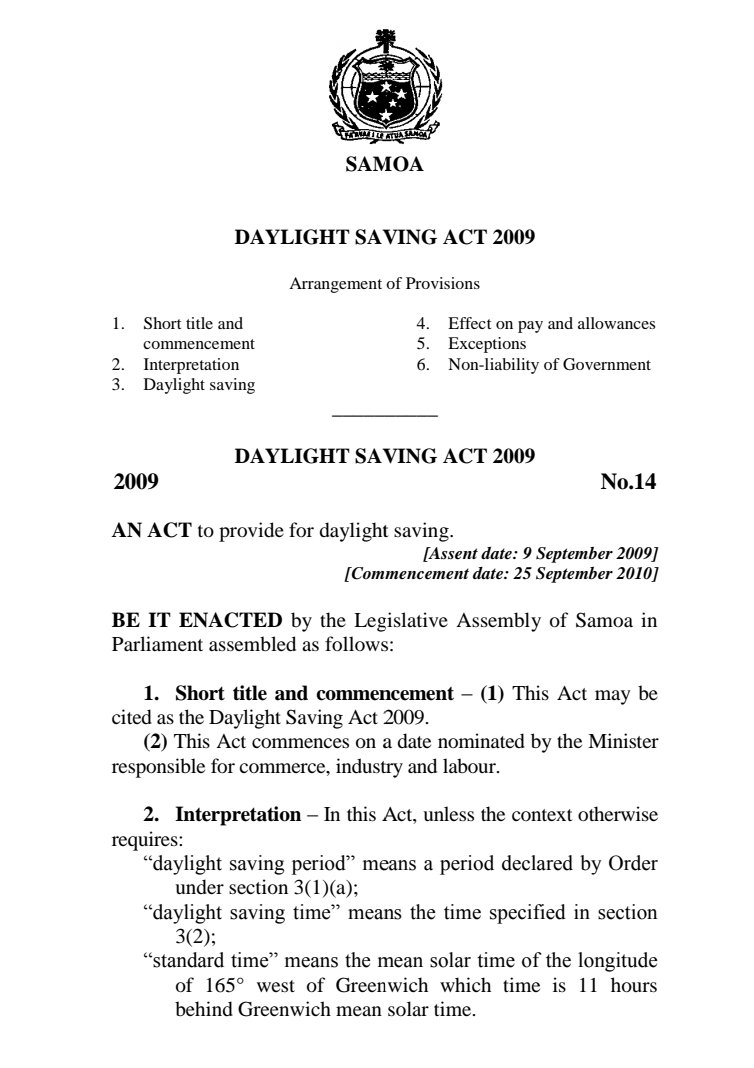 In Parliament last week former Associate Minister of MCIT (Communication and Information Technology) Lealailepule Rimoni Aiafi warned the MCIL Minister Leatinuu Wayne So’oialo that there was not enough time to synchronize digital platforms and asked if industry members had been consulted, such as the Samoa Chamber of Commerce (SCCI) and the Samoa Information Technology Association (SITA).

“This can’t happen within the timeframe that you want it to,” said Lealailepule during his Parliamentary address.

Leala called for his colleagues to coordinate with each other and take advice from Toelupe, the Minister of Communication and Information Technology (MCIT).

The Samoa Chamber of Commerce and Industry had submitted a position requesting for more time to consult its members for possible impacts on business and industry members. The Samoa Information Technology Association had also put forward a submission highlighting concerns and requesting more time for implementation.

So if you’re waking up and your household does not have a manual clock, please know that your smart phone may not be so smart on this Sunday morning.