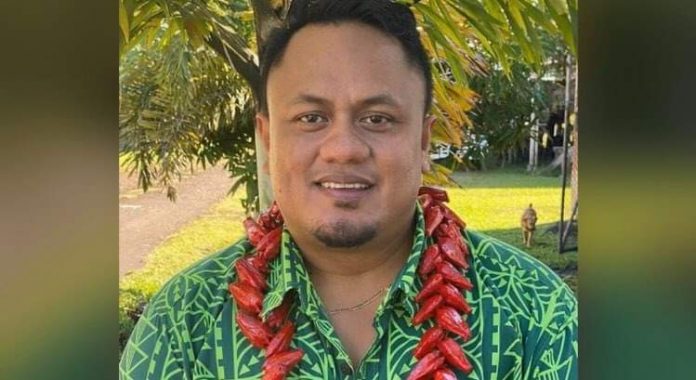 Currently the Media and Communication Officer for the Samoa Tourism Authority, Su’a is well known in rugby circles as the Team Manager from the Big Island of Savaii – affiliated to the successful Ott Constructors Tamauli Rugby Club.

He brings to the role a passion for rugby, complemented by extensive administrative experience in organising events at the national and regional level.

When Samoa has hosted various regional and international conferences, functions and sporting events, Su’a Hesed Ieremia is no stranger to organising committees and is a well known Master of Ceremony, often seen carrying many of Samoa’s national events.

Su’a was interviewed with two other shortlisted candidates and was recommended by the panel, which comprised two independent members, and Manu Samoa Head Coach Vaovasamanaia Seilala Mapusua.

In an interview with Samoa Global News, Su’a expressed his gratitude and appreciation to the Samoa Rugby Union board for the opportunity to take up what he says, is both an exciting and challenging role.

“Being the Manager for Samoa’s national rugby team is a very crucial role, and I understand the mammoth effort and commitment needed to fulfill it.. especially at this level,” said Su’a.

“I will perform to the best of my abilities in unison with players, the Head Coach and other members of the management; and of course with the support of the Samoa Rugby Union,” he shares.

“I am excited and looking forward to this opportunity which I do not take lightly.. it is a privilege to be able to contribute to Samoan rugby in this way”, he adds.

Asked what challenges he envisages, Su’a says one of the pressing initial challenges facing the Manu Samoa 15-a-side would be the current travel restrictions and delays due to the global pandemic.

“Putting the team together for the first upcoming fixture with time being of the essence would definitely be a priority”.

Su’a concluded, “I want to express my heartfelt appreciation to my family, friends, colleagues and everyone for the unconditional support. Faafetai ma ia faafoi lava le viiga i Le Atua.”