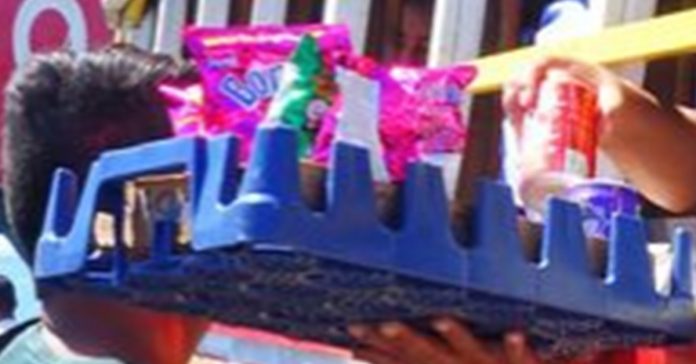 In another incident of alcohol induced offending, 27-year-old Sosene Iota of Faleula who sells soft drinks in Apia for a living, attacked the victim with a machete after a disagreement broke out at a late night drinking session.

On the 28th of August 2018, Mr. Iota was drinking with the victim and others at the victim’s brother’s home.

Iota got angry with the victim so he left the drinking session.

The police summary of facts states that not long after Iota left, most of the drinking group also left.  The victim was left alone, listening to music with his earphones.

The court heard that Mr Iota attacked the victim from behind by hitting him on the head with a machete causing the victim to fall, unconscious.

As the result of the attack the victim suffered a huge laceration to the back of his head which required 8 stitches.

The Court also heard that the defendant had previous convictions of a similar nature; charged with assault and causing injury in 2015 and armed with a dangerous weapon in 2016.

In handling down the sentence, Justice Tafaoimalo showed concern with the use of a machete saying that the victim was lucky to have survived.

“The ease with which he has used a machete to strike the victim is concerning; and he has also committed offending of a violent nature previously;

“It is fortunate that the victim survived the attack”.

Justice Tafaoimalo said that the public needed to be protected from Sosene Iota, adding that this was yet another case of alcohol related violence.

“He must be deterred before he takes someone’s life;

“Intoxication is not a mitigating factor, and the Court has commented on this numerous times.”

Justice Tafaoimalo adopted 5 years as a starting point with an uplift of 6 months for Iota’s previous convictions.

Sosene Iota was sentenced to 3 years and 9 months imprisonment.