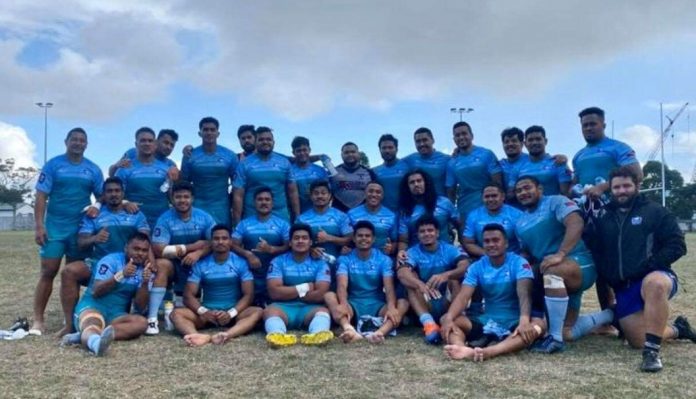 The first repatriation flight out of Auckland that arrived into Samoa last Friday brought the Manuma Rugby team home after being stuck in New Zealand for 96 days, and yes, they were counting!

The team was the Samoa Rugby Union’s (SRU) professional squad put together for the Global Rapid Rugby competition – a modified version of rugby that held the opening round of its 2020 competition on March 14th before the tournament was supended due to the global pandemic.

The national squad departed Samoa on the 23rd of February for a two and a half week camp in New Zealand before travelling to Perth for their first match of the competition against the Bay of Plenty-based South China Tigers.

On route home from Perth, literally as the team touched down in Auckland – Samoa added Australia to the list of countries that required travellers to spend 14 days of isolation in a COVID-19 free country.

The SRU then arranged for the team to be placed into camp at the PIC Church grounds in Papatoetoe but while they were chasing then14-day requirement, Samoa went into a State of Emergency and without notice, closed its borders before Manuma could arrange to be on that last flight from Auckland in March.

Players and management of the Manuma rugby team have been camped in a bubble in Papatoetoe and away from their families, for over 3 months.

Speaking from his quarantine site at the Pasefika Inn, Manuma Team Manager and former President of the Samoa Chamber of Commerce, Tuala Leaega Pat Leota said the boys are happy to be home. He says the team have been assigned in groups of two or three to various hotels by the Ministry of Health, depending on their seated rows on the plane.

Tuala Leaega says although the length of time away was difficult for those with young families, the camp was a good opportunity to get to know the players and bond as a team.

He said they felt the generous support of many former rugby players and staunch Manu Samoa supporters who visited them with food and gifts, and also acknowledged the Samoa Rugby Union for supoorting them all during the unexpectedly long stay.

“When it shifted to Level 3, we received a lot of support from our Samoan community in New Zealand who came to visit and bring us food. We acknowledge you all,” he said. 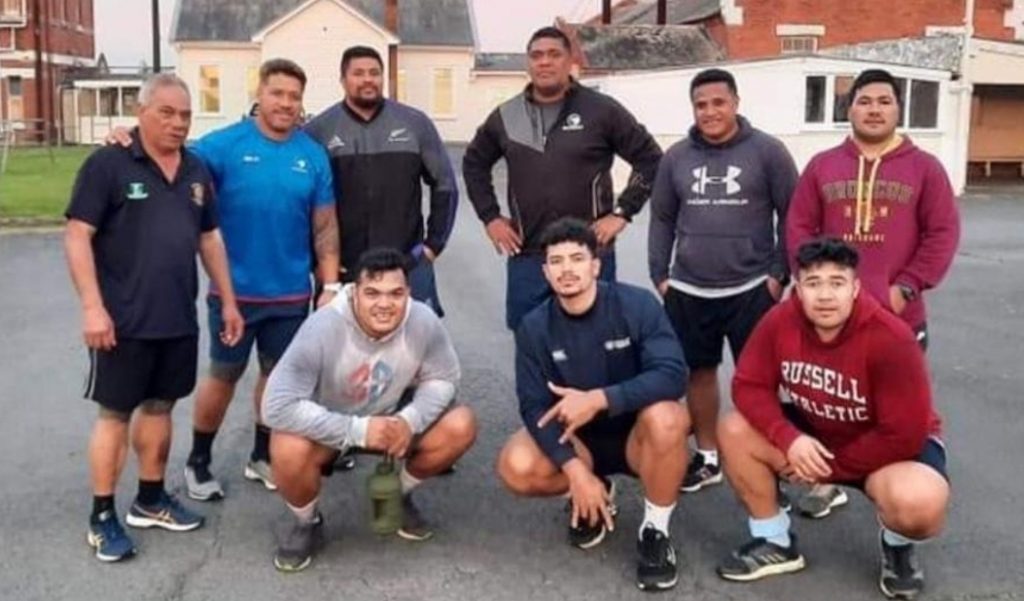 The Team Manager also wanted to acknowledge and thank Reverend Karima Faiai, his wife Faalele and members of the  PIC who hosted the team in their Papatoetoe church compound for many weeks.

Asked about the time away from his own business as a Public Accountant, the Partner of Leota-Niumata Accounting Firm said he was able to work remotely over the past 3 months, and will continue to do so while in quarantine. 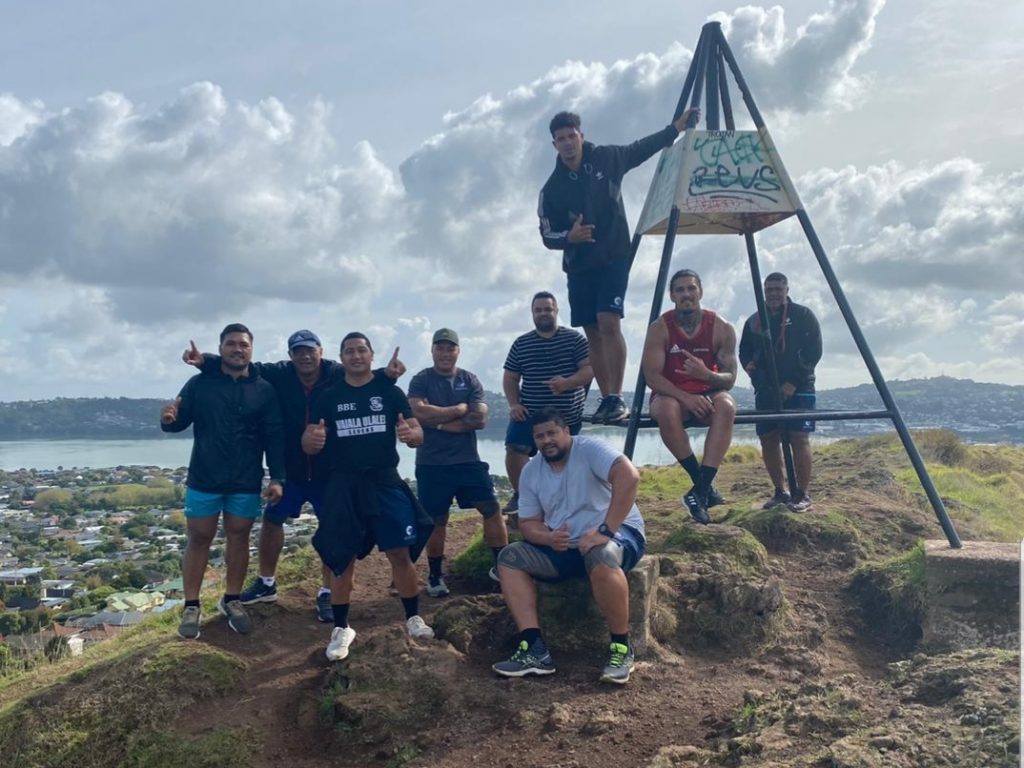 Tuala’s work as Team Manager continues as they encourage the boys over group chat during this final 14 days of quarantine.

Soifua John Schuster had also travelled with the Manuma team to Perth as Technical Advisor.

Head Coach and Rugby Hall of Famer Muliagatele Brian Lima said it was important for Management to stay positive and create a family atmosphere for the boys who were missing their families. 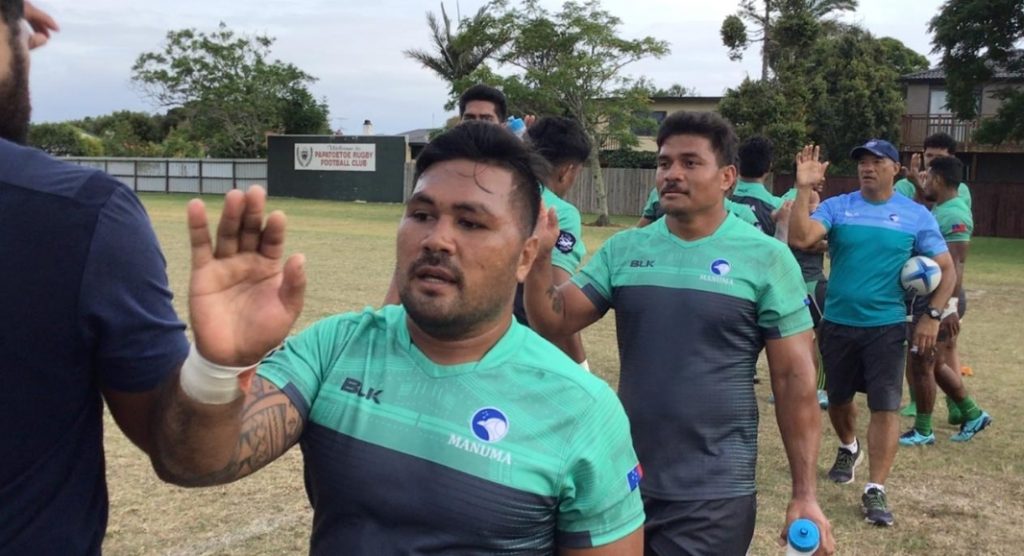 “We made umu every Sunday, and at night after evening prayers, we bring them all in for activities; we would play Bingo and have a laugh… we tried to keep the boys active and create an environment like we were in Samoa;

“They were missing their families especially because they didn’t plan to be away for this long. But it was also good because we trained twice a day in small groups to keep up with their fitness,” said Muliagatele.

Lima spoke about a night last week when the players were told that the repatriation flight had been pushed back by one week, from Friday 22nd to Friday 29th May.

“I received the update information from the Samoa Consular office and I didn’t know how to tell the boys, because spirits were high and everyone was looking forward and excited to be coming home,” he said.

Muliaga is able to laugh about it now and says the boys took it hard. It was a gloomy evening and hardly anyone came out to have dinner that night.

In quarantine at Tanugamanono, Malu Falaniko and Alofaaga Sao say they have been able to come out and do tabata sessions, just outside their rooms.

Malu says he and Alofa have not yet missed a day of faaafu since checking in on Friday. He says there are nine other passengers there from the flight, but only two of them from the team.

Every passenger has their own separate room and health care workers come everyday to take their temperature and do health checks on them. 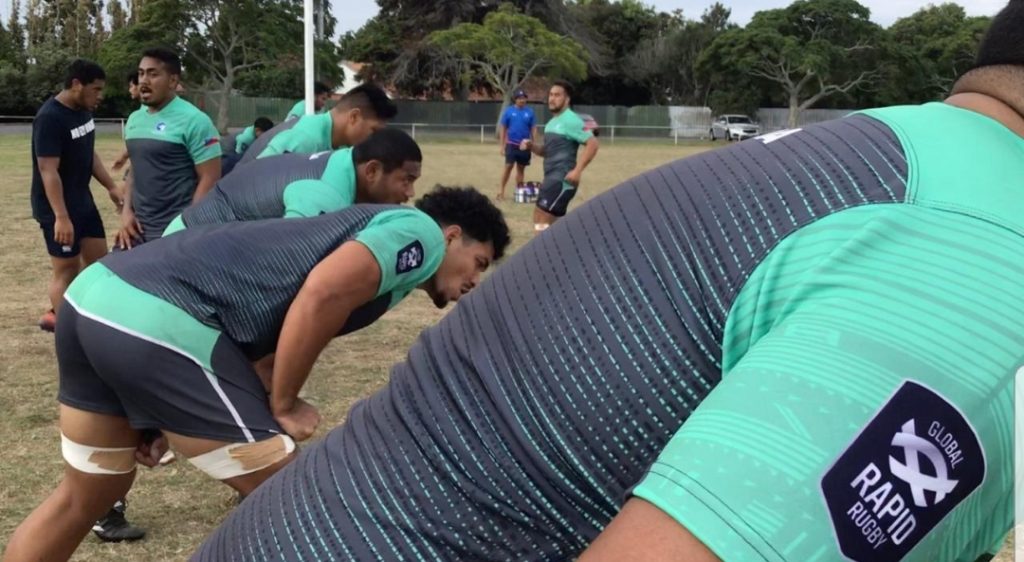