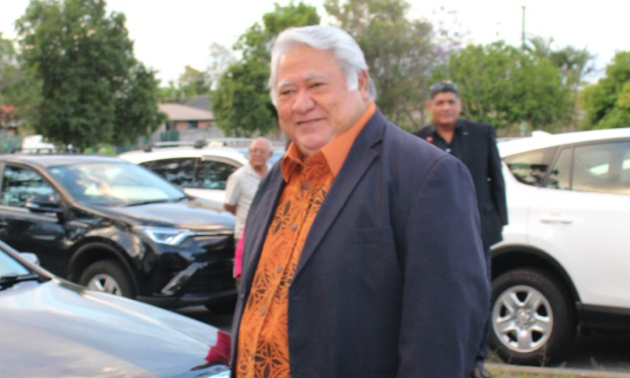 “It’s a personal insult to say the least but it’s nothing new as I have endured many a scathing, malicious and unsubstantiated accusations as Prime Minister over the years.

“My only regret is that it’s a slap in the face for patriotic Samoans all over,” he added.

“If the two rascals think that they have accomplished their mission, than I am sorry to say that is far from the truth. In fact, thanks to them, they have done more damage than good to their cause and the political agenda of their leaders in their vile attempts to try and undermine the Government’s genuine effort to provide affordable and competitive airfares for Samoans in Australia and New Zealand. The Government’s impeccable history of achievements which our people are reaping the benefits speaks volumes.

“I pity the two pipsqueaks because the truth of the matter is, they are now on the wanted list of every patriotic Samoa not just because of their insults towards me as a Samoan but also they committed the cardinal sin in the eyes of Samoa by disrespecting the Prime Minister and leader of the Government and people publicly.

“That’s why I paid no mind to their floor show because paramount to me is the historical significance of what Samoa Airways stands for and the gains that our people with reap from the Government’s fruits of hard labour.

“Samoa Airways represents the return of our poor country with limited resources to the competitive commercial international airline circuit.

“From day one, Samoa Airways has been butchered, dissected and ridiculed virally mostly by our own people. But look at where the national carrier is today marking her first anniversary with Brisbane Australia as her new destination complementing the daily flights to Auckland New Zealand, the weekly to Sydney and the 6 daily inter-island flights between the two Samoa.

“And Samoa Airways will continue to grow with plans in the pipeline to lease a Boeing 737-900 before the end of the year.”

And he reiterated calls for all Samoans to support the Government’s brave initiative for Samoa to determine her fate on her own terms and not dictated by outside influences when it comes to Samoa Airways.

“Our people, mostly Samoan overseas have been complaining when it comes to airfares to and from New Zealand and Australia for years.

“Government has responded with Samoa Airways influencing the fares to reflect a drop in ticket prices,” said the Prime Minister.

“And for affordable air travel to continue we need universal support from all Samoans and again I implore our people to do by supporting Samoa Airways.”

“I urge Samoans to remain calm and maintain our revered reputation as a country founded on God.

“But it goes without saying that there are serious implications behind the incident in Logan because it suggests that a political element is involved with the 2021 General Elections as the ultimate target.

“On that note, I have more pressing issues pertaining to the welfare of our country and the Pacific Region waiting for me at the APEC meeting. As far as I’m concern the matter is now under investigation by the appropriate authorities and I will reserve further comments until I return home from Papua New Guinea.”