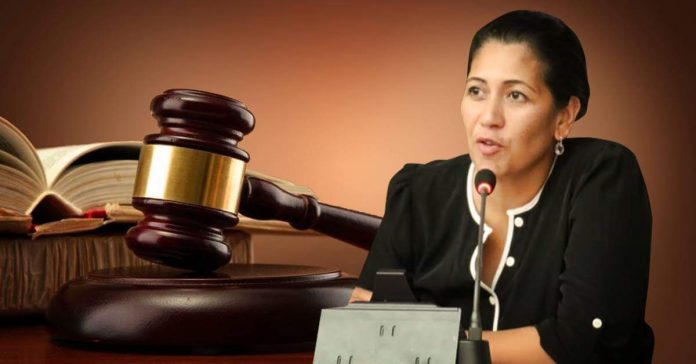 30 January 2019, Apia Samoa. Justice Tafaoimalo Leilani Tuala-Warren has sentenced 27 year old Phillip Cowley of Faleu Manono, Leauvaa and Talimatau to 21 years imprisonment for the rape of an 8 year old in his parental care.

Cowley was found guilty of 2 counts of rape by a panel of assessors after a defended hearing on 12 November 2018.

In handing down the sentence, Justice Tafaoimalo said that the Court was taking a firm stance to deter the offender and other like-minded people.

“This behaviour needs to be expunged for the sake of this country’s children. Today the Court will play its role in purging our county of this deplorable behaviour,” said Justice Tuala-Warren

“For each charge of rape, the defendant is convicted and sentenced to 21 years imprisonment to be served concurrently.”

According to the evidence, the defendant is the stepfather of the victim. The victim did not live with her mother and stepfather but had gone to visit and stay with them around the time of White Sunday in 2017.

The offending occurred twice on 2 days when the mother of the victim had gone to work leaving the defendant with the victim and her younger half siblings. On the first offending, the defendant removed the victim’s clothes and raped her. He then repeated the act on the very next day.

During the hearing, the defendant tried to say that when he woke up, the victim was sitting next to him wearing a mini skirt without panties. This was not accepted by the Court.

In delivering the sentence, Justice Tuala-Warren said, “One of the most disturbing aspects of this sentence is that the defendant has blamed an 8 year old girl of being ‘seductive’ towards him and instigating the sexual contact. This is highly implausible and demonstrates an inability to fully accept his actions.

“This is the rape of a young 8 year old girl by her stepfather, twice. It continues a sad trend in sexual offending occurring within families in this country. The effects on this young victim are staggering by any measure. She has endured something which no 8 year old child should have to endure. Childhood is a time of innocence and this defendant has robbed this child of that innocence.