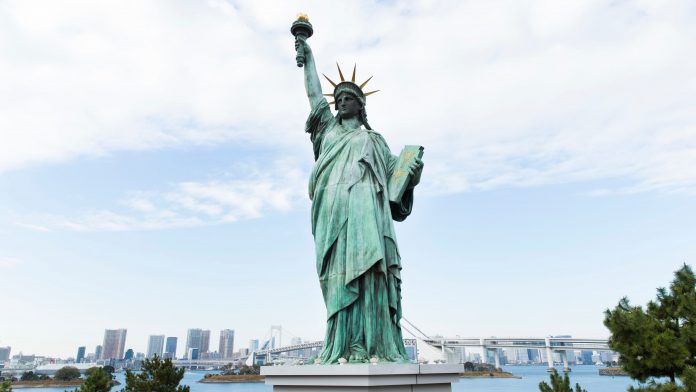 On June 17, 1885, the dismantled Statue of Liberty, a gift of friendship from the people of France to the people of America, arrives in New York Harbor after being shipped across the Atlantic Ocean in 350 individual pieces packed in more than 200 cases.

The copper and iron statue, which was reassembled and dedicated the following year in a ceremony presided over by U.S. President Grover Cleveland, became known around the world as an enduring symbol of freedom and democracy.

Intended to commemorate the American Revolution and a century of friendship between the U.S. and France, the statue was designed by French sculptor Frederic-Auguste Bartholdi (who modeled it after his own mother), with assistance from engineer Gustave Eiffel, who later developed the iconic tower in Paris bearing his name.

The statue was initially scheduled to be finished by 1876, the 100th anniversary of America’s Declaration of Independence; however, fundraising efforts, which included auctions, a lottery and boxing matches, took longer than anticipated, both in Europe and the U.S., where the statue’s pedestal was to be financed and constructed.