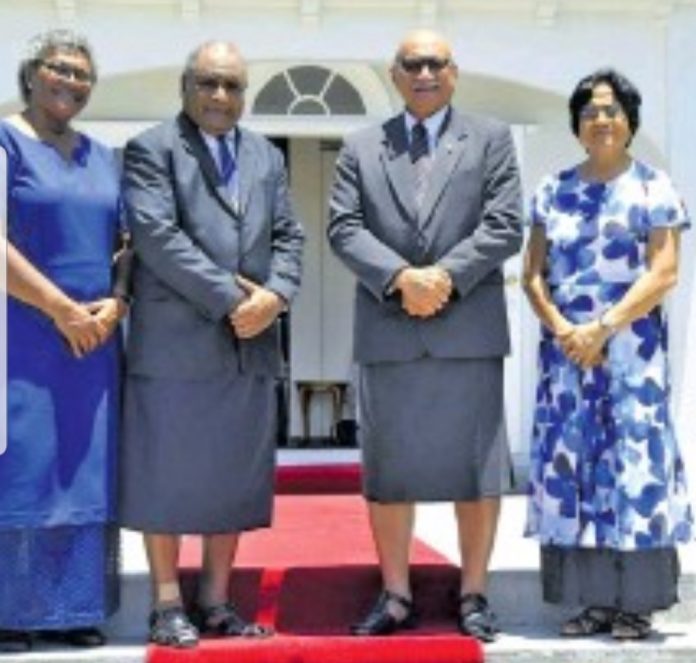 Statement By Ratu Seremaia Tuinausori, the Roving Ambassador of the Republic of Fiji to the Independent State of Samoa presented his Letters of Credence to the Head of State, His Highness Tuimalealiifano Vaaletoa Sualauvi II at the credentials ceremony held at the Office of the Head of State in Vailele.

These are the remarks by the Roving Ambassador:

I have the honour and the privilege to present to Your Excellency the Letter of credence accrediting me to the Government  of the Independent State of Samoa and with it I convey the Greetings and best wishes from the President of the Republic of Fiji, His Excellency Major General (Rtrd) Jioji Konusi Konrote for the good health of His Excellency and the prosperity of the people of Samoa.

I undertake Your Excellency to honour the commitment of the Government of Fiji in deepening and strengthening the cordial and fruitful relation that have existed between our two countries and have been boosted by the state visit of His Excellency Prime Minister Tuilaepa Sailele Malielegaoi in August last year.

With that, Your Excellency, comes my best wishes and prayers for God’s grace upon the close ties between our two governments and peoples.