In a press statement, STA confirmed the week long programme to launch on Sunday 29th August with a televised choral exhibition of singing groups from the past two years and an opening keynote address by the Honourable Prime Minister Fiame Naomi Mata’afa.

On the 2nd and 3rd of September, the Waterfront will come alive with an open Market, hosted in partnership with the Samoa Hotel Association (SHA) at the Cultural Village in Apia.

A range of stalls selling food and crafts will be featured, while live entertainment and activities for children will liven up the open Market atmosphere on Thursday and Friday night.

To further support Samoa’s Covid-19 vaccination roll-out spearheaded by the Ministry of Health, the event will include special competitions and awards where the community will be encouraged to get vaccinated and be in to win a variety of prizes.

Other events confirmed to be held during the week include a number of sporting fixtures.

These are being organised by various clubs with support from Samoa Tourism Authority.

Among them are the United Soulz Netball Tournament, the Alo Paopao Business House Regatta, a Samoa Tag Incorporated Tournament and a Volleyball Samoa Federation Tournament.

This year’s Miss Samoa Pageant has been postponed to 2022 and current Miss Samoa, Fonoifafo Seumanu McFarland will continue with her reign.

The Teuila Festival was established in 1991 to draw Samoa’s diaspora to the motherland and help extend the peak-tourist season that has mostly aligned with the cold winter months in New Zealand
and Australia.

Pre-Covid, the Teuila Festival grew to become one of the largest cultural celebrations of its kind in the South Pacific and it was not uncommon for other events including locally-hosted regional and international meetings and conferences to run parallel with the Festival. 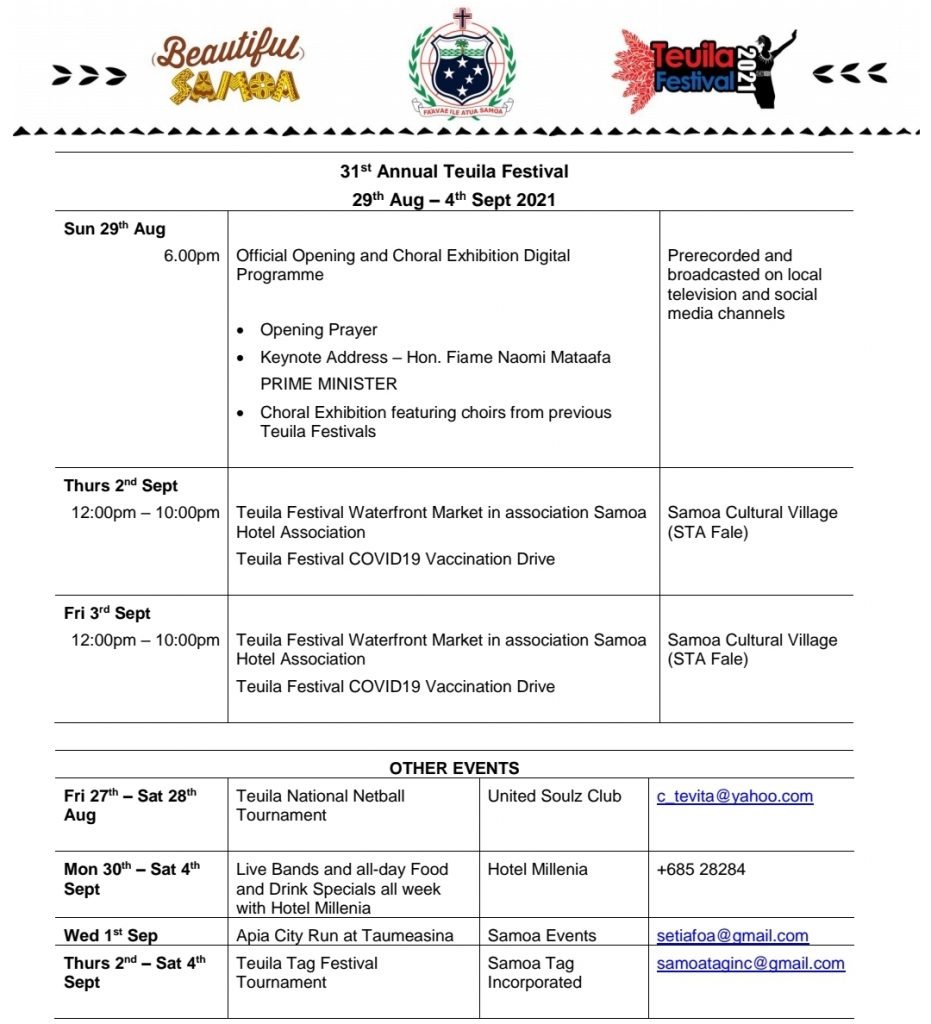 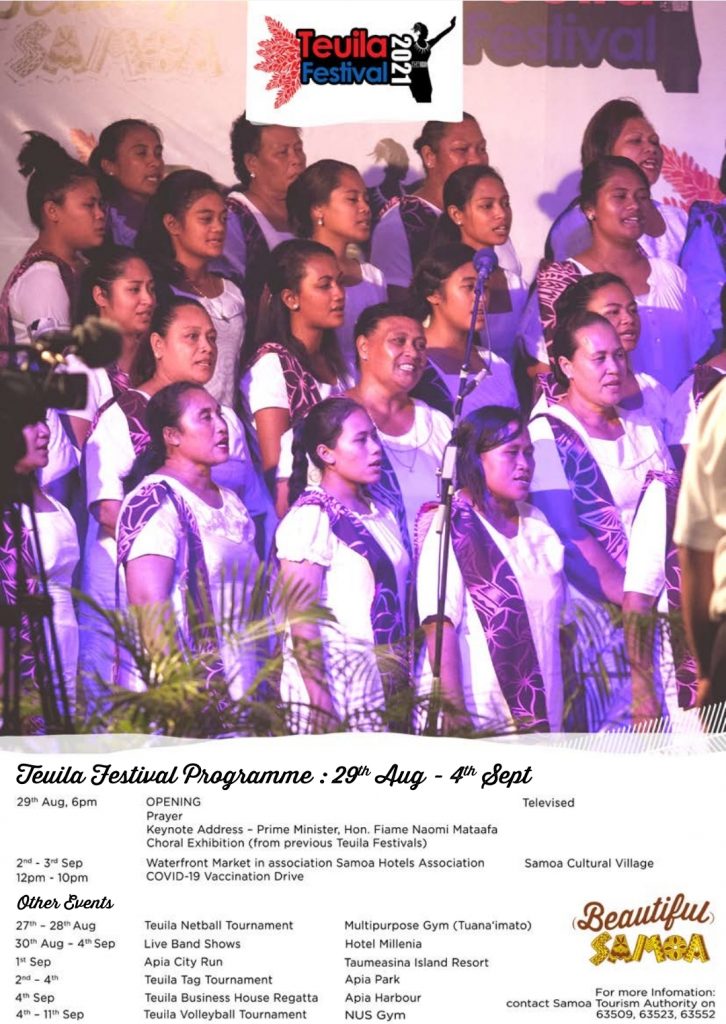