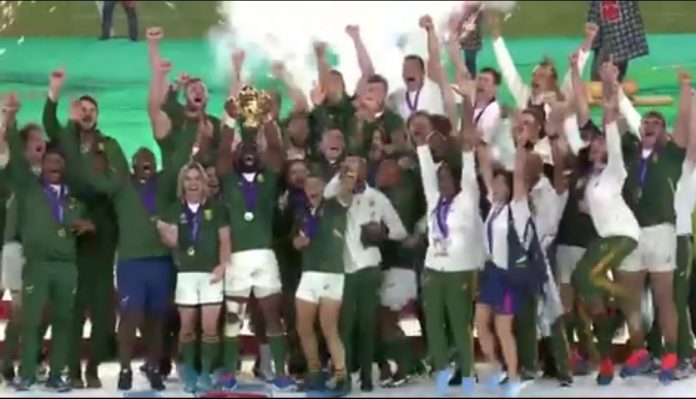 South Africa have won the 2019 Rugby World Cup after beating England 32-12 in a bruising final at Japan’s Yokohama stadium.

The image of Siya Kolisi raising the Web Ellis Cup as the first black captain to do so is set to become as treasured as any picture in Springbok history. 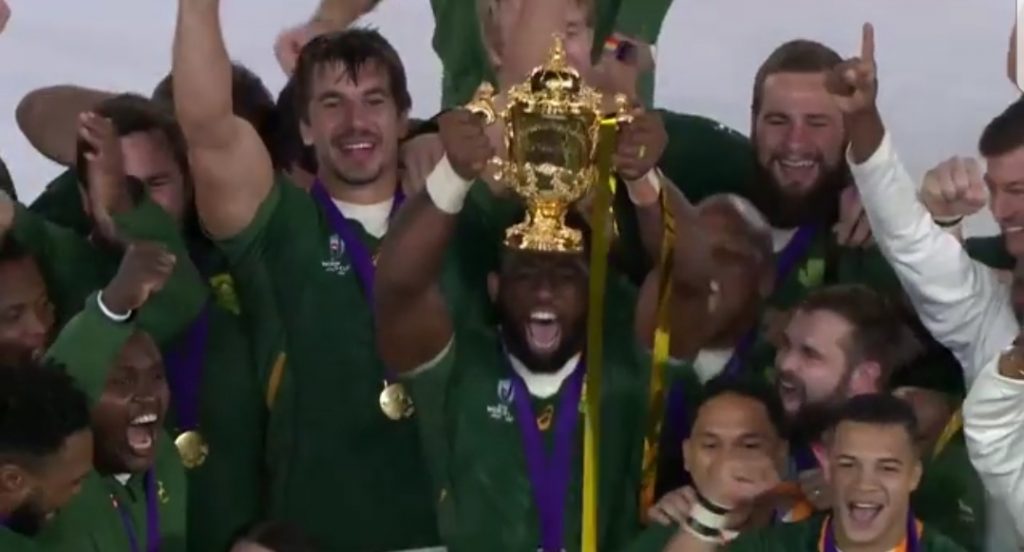 The Springbok gameplan was predictable but effective with scrum dominance giving them plenty of entry points in the first half.

England got off to a bad start giving away a ruck penalty which Handre Pollard capitalised for an early 3 points. England’s star prop Kyle Sinckler was then knocked out while tackling South Africa wing Makazole Mapimpi – his head coming into contact with team-mate Maro Itoje’s forearm.

Handre Pollard decided he would punish England for any penalty within the South African half and delivered a kicking masterclass scoring six penalties and two conversions.

England’s Owen Farrell was also impressive from the tee, scoring all of his side’s points with four penalties.

South Africa struck a fatal blow to England when Makazole Mapimpi finished off a sensational attack with a try in the last 20 minutes of the match. The referee awarded the try despite camera angles showing possible forward passes by South Africa.

Things went from bad to worse for England when Cheslin Kolbe scored another try to push South Africa’s lead out of England’s reach.

Eddie Jones’ side kept running into a green wall which they had no answer to. Going into the match as slight favourites England definitely lacked the accuracy and front-foot dynamic flair seen in last weeks stunning semi-final win against the All Blacks.

Englands attack was completely shut down by relentless pressure by the South African loose forwards.

Captain Siya Kolisi and Pieter-Steph Du Toit led from the frontlines of South Africa’s defence which ultimately proved impossible for England to surmount.

Like it was meant to be, South Africa has now won the Rugby World Cup every 12 years! They had won in 1995 then again in 2007.  They are now also the first side to win a Rugby World Cup having lost a pool game. 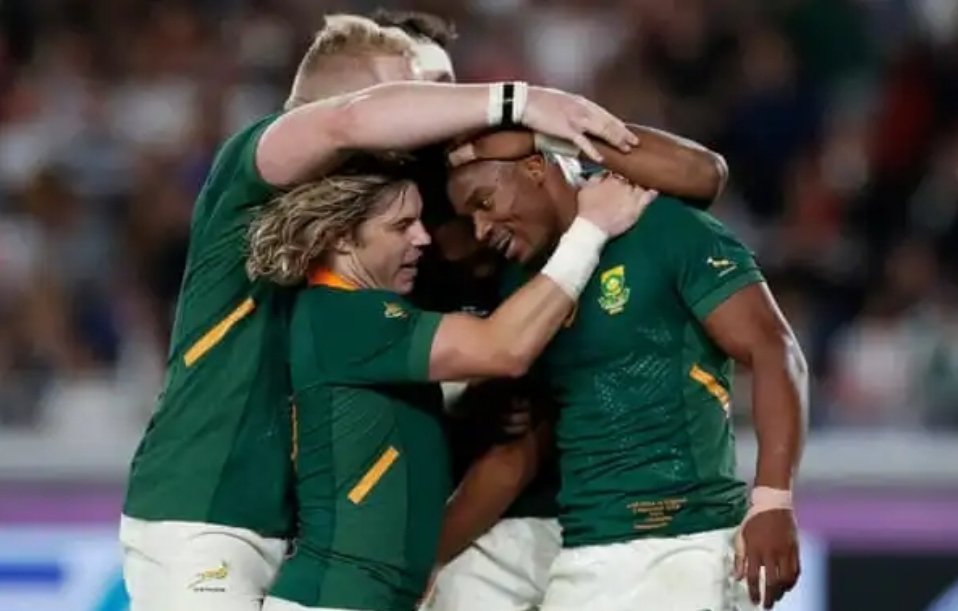 Four countries have won the Webb Ellis trophy; New Zealand three times, Australia and South Africa have each won twice, and England the only Northern Hempishere team to have won back in 2003.