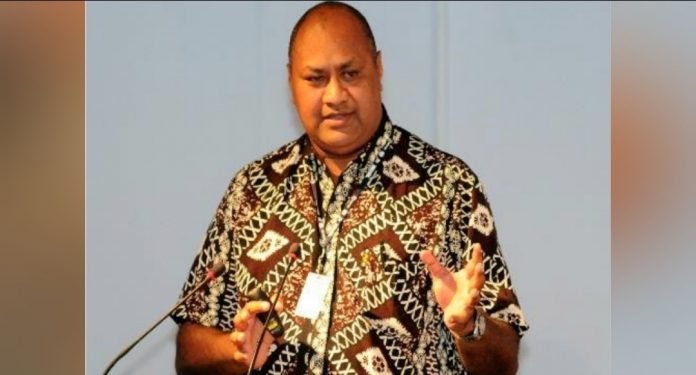 SPREP News Release, Apia Samoa. A new dawn at the Secretariat of the Pacific Regional Environment Programme (SPREP) has started with the organisation welcoming its new Director General. Mr Sefanaia Nawadra takes over from his predecessor, Namulauulu Leota Kosi Latu, who held the role since 2016.
Mr Nawadra previously headed the United Nations Environment Programme (UNEP) Pacific Office based at the SPREP Campus in Vailima, Samoa.
Mr. Nawadra’s appointment was announced following the 30th SPREP Meeting of Officials on Thursday 9th September 2021. In his new role, Mr. Nawadra will lead SPREP, a regional organisation guided by its vision for: “A resilient Pacific environment, sustaining our livelihoods and natural heritage in harmony with our cultures”.
“I also know that these are very challenging times, especially with COVID-19 being very unpredictable, which calls for flexibility,” said Mr Nawadra.
“That said, I am looking forward to working with our 26 Pacific island member countries, territories, metropolitan members and all our partners to protect and manage the environment and natural resources of the Pacific, to ensure sustainable development for present and future generations.”
Mr Sefanaia is a Fijian national. He is from the village of Naivuruvuru, district of Verata in the province of Tailevu, with maternal links to the village of Vuna on the island of Taveuni.
Fijian Prime Minister, Josaia Voreqe Bainimarama congratulated Mr. Nawadra on his new appointment and reaffirmed Fiji’s commitment to the development of a resilient Pacific environment through an enduring partnership with regional organisations such as SPREP.
He stated that the Fijian government looks forward to more strengthened collaboration with SPREP, particularly at this time of great need when the region aspires to recover and rebuild from the impact of the pandemic.