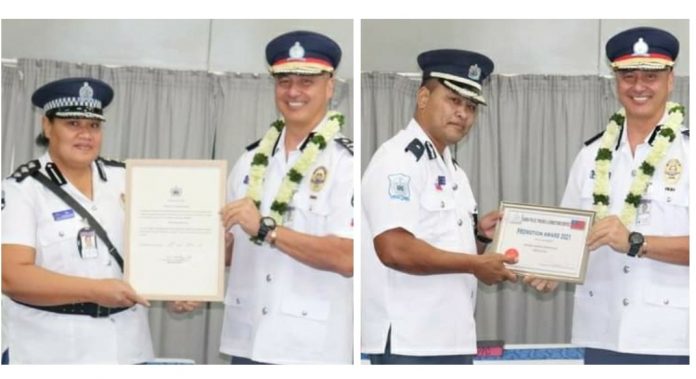 The daughter of former Police Chief Inspector Peika Moalele, AC Moalele is proud to continue the service of her father to the people of Samoa through the Samoa Police.

Papalii Efo is a mother of two who has been serving for 21 years since she joined the Samoa Police Service in 2000.

She has worked in various areas of the Samoa Police but most of her working career has been in the Criminal Investigation Division (CID).

AC Moalele-Tuua prior to her appointment was the officer in charge (OIC) of the Criminal Investigation Division. She is the third woman to be appointed to an Executive sworn position of the Samoa Police under Commissioner Fuiavailiili Egon Keil.

Papalii will now be responsible for the District Operation Portfolio which consisted of the Criminal Investigation Division and all Police Outposts services in Upolu.

The recognition of women in the Samoa Police Service has grown tremendously and a number of women have stepped up to lead in various areas of the Samoa Police, Prisons and Corrections Services.

In today’s ceremony SPPCS also acknowledges the promotion of Filipo Fau’ula to the Manager Vaiaata Prisons. These promotions recognizes the selection of the best officers to lead the organization to ensure that it upholds to its values and mandates.