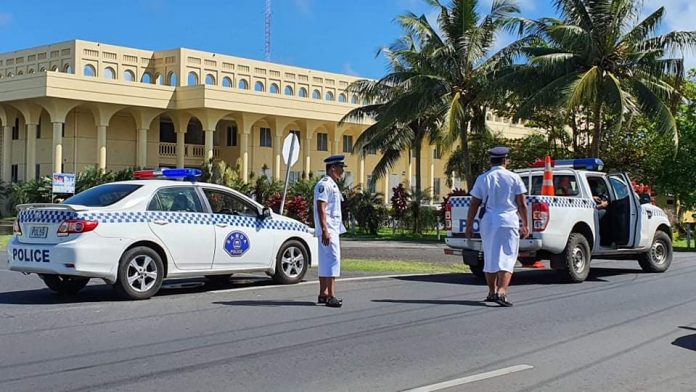 11:30am Sunday 23rd May, Mulinuu Courthouse Apia. A special sitting of the Court has been called for 11am this morning to hear applications filed by Latu Lawyers, representing the FAST party.

The media has been told that Chief Justice Satiu Simativa Perese agreed to meet lawyers from both sides in Chambers.

Their Honors Tafaoimalo Leilani Tuala-Warren and Justice Vui Clarence Nelson were both seen arriving at the Mulinuu Courthouse, together with Taulapapa Brenda Heather-Latu and Matafeo George Latu.

The Attorney General is also present, having arrived at about 15 minutes past 11am. 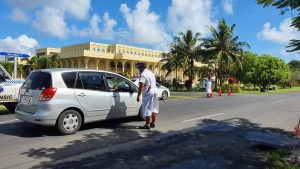 Heavy police security have blocked the entrance to the Courthouse at Mulinuu.

Across the Courthouse, Samoa’s Parliament House sits prepared with additional tents in anticipation of the XVIIth Parliament. 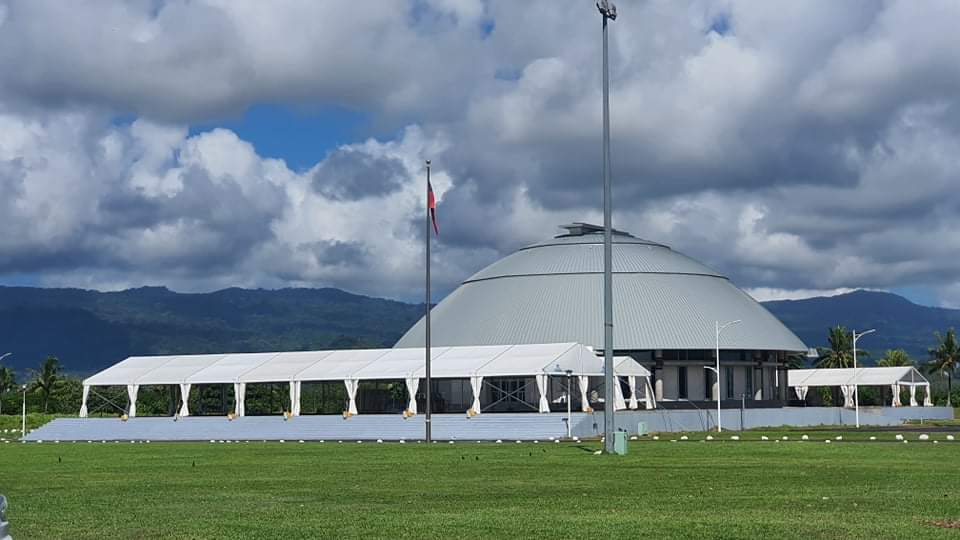 The FAST application comes after a night of uncertainty caused by the Head of State issuing a writ to suspend his own proclamation that had called Parliament to convene on Monday morning.

Click here for Update Article : Court orders have been issued upholding the first proclamation to convene Parliament in accordance with the Constitution.