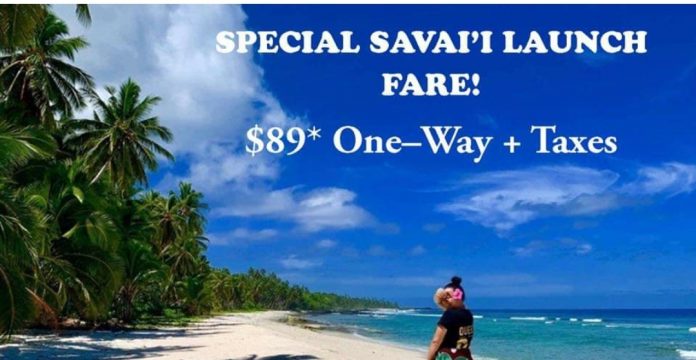 Samoa Airways has today announced a special launch fare of $89 tala one-way for the much anticipated flight route between Upolu and Savaii.

Flights between Faleolo and Maota in Salelologa had been previously announced to begin this Friday 28th August 2020.

However, according a social media post published by the flight services will start on the 11th of September 2020.

Travellers should note, however, that the $89 tala one-way fare.. “is for travel and bookings until the 8th of October or until seats run out”. 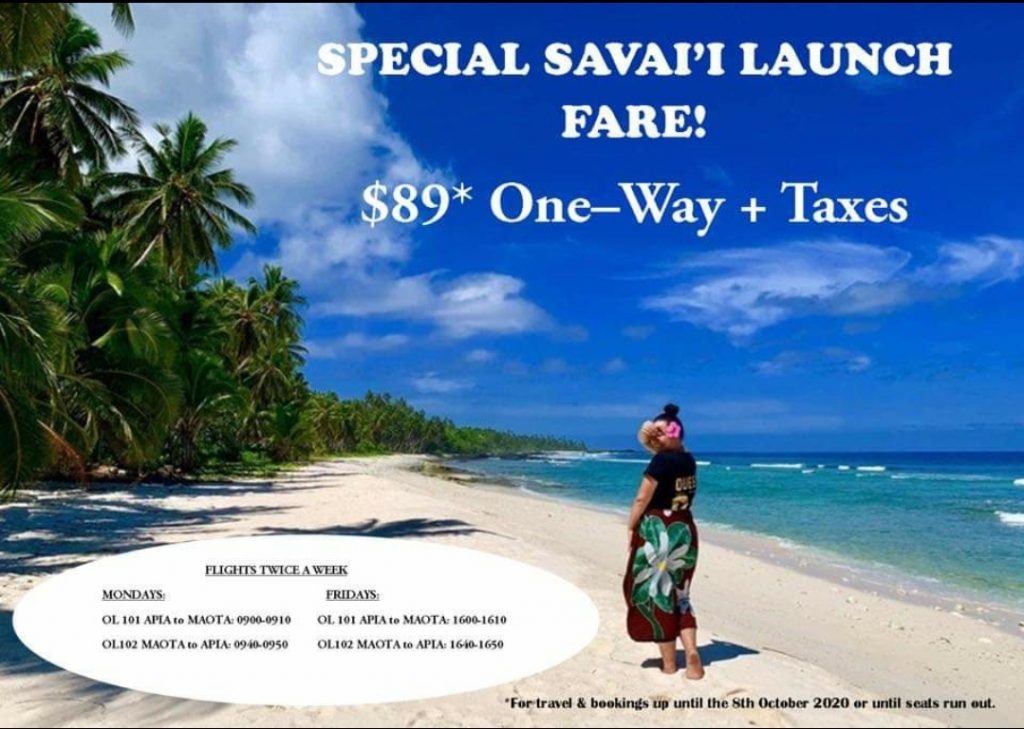 The flyer confirms that there will be one flight on Monday morning, departing Faleolo at 9am, returning from Maota at 9.40am. There is a second flight on Friday afternoon to depart Faleolo at 4pm and return at 4.40pm from Maota.

Customers are asked to visit the Apia Ticketing Office for bookings and reservations or call the numbers; 22172 or 28112. 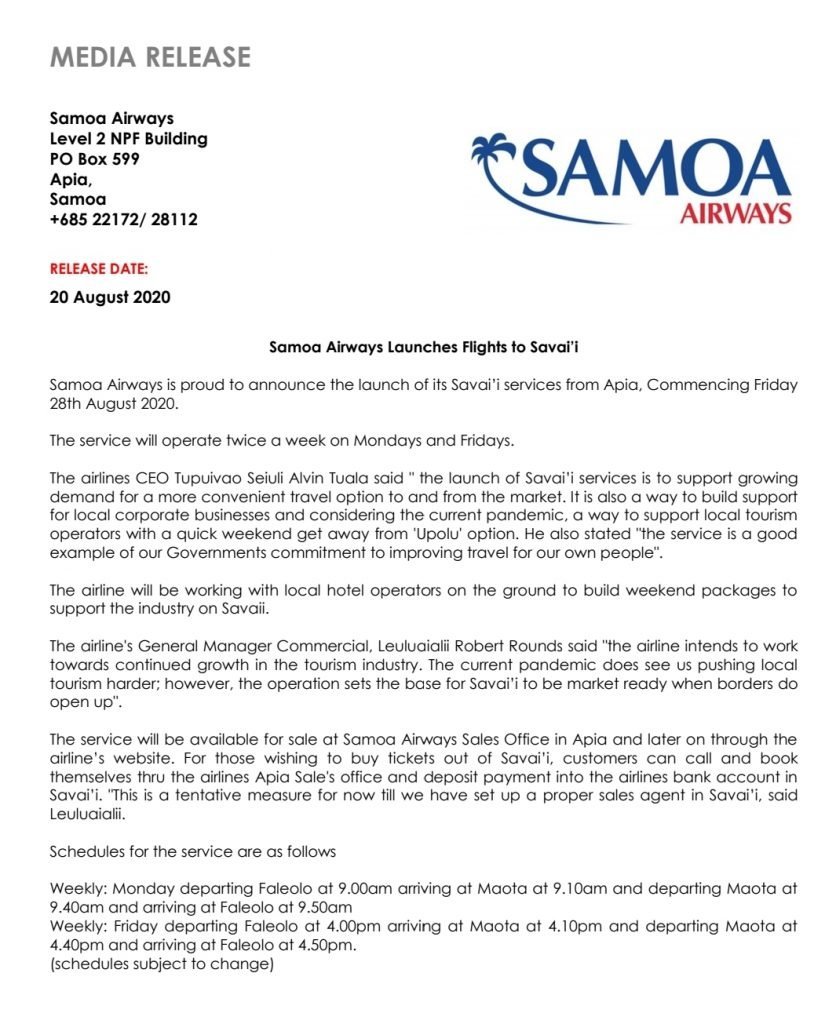