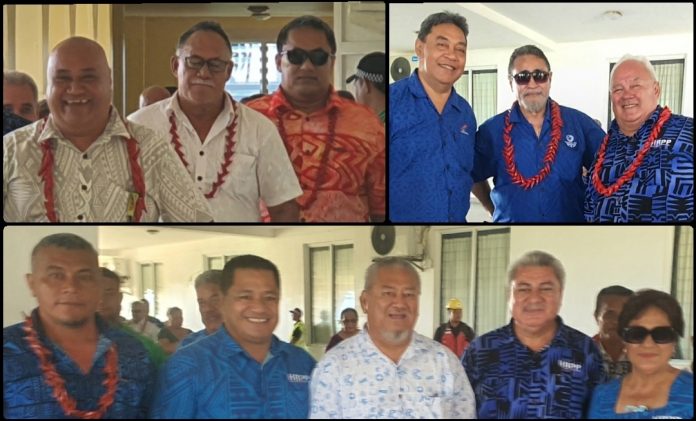 The Supreme Court has handed down its decision directing the Speaker of Samoa’s Legislative Assembly to swear in 18 elected members of the Human Rights Protection Party (HRPP) forthwith; immediately and without delay.

Chief Justice Satiu Simativa Perese handed down the decision after a pickwick basis hearing of an urgent motion by the HRPP, seeking an order to allow the swearing-in of their elected members, so that they may exercise the right to represent their respective constituencies in Parliament. 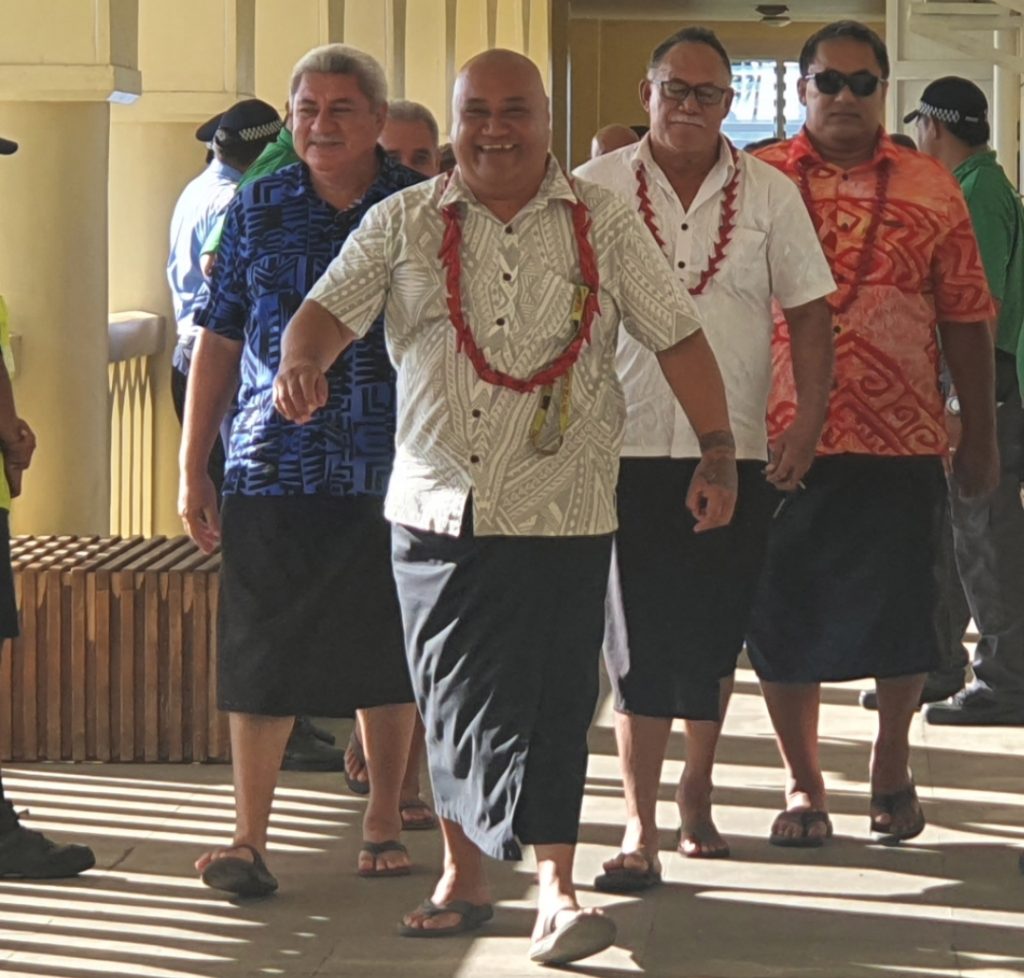 Presiding over the one-day hearing with the Chief Justice were Justices Niava Mata Keli Tuatagaloa and Tologata Tafaoimalo Leilani Tuala-Warren.

The Supreme Court found that the Speaker has an obligation to administer the Oath of Allegiance upon the 18 elected MPs, as required under Article 61 of Samoa’s Constitution and under Standing Order 14 he is obliged to conduct this forthwith.

HRPP had 25 elected members following the April 9th general elections, however, that is now down to 18 following the final results of election petitions where 7 by-elections are expected. 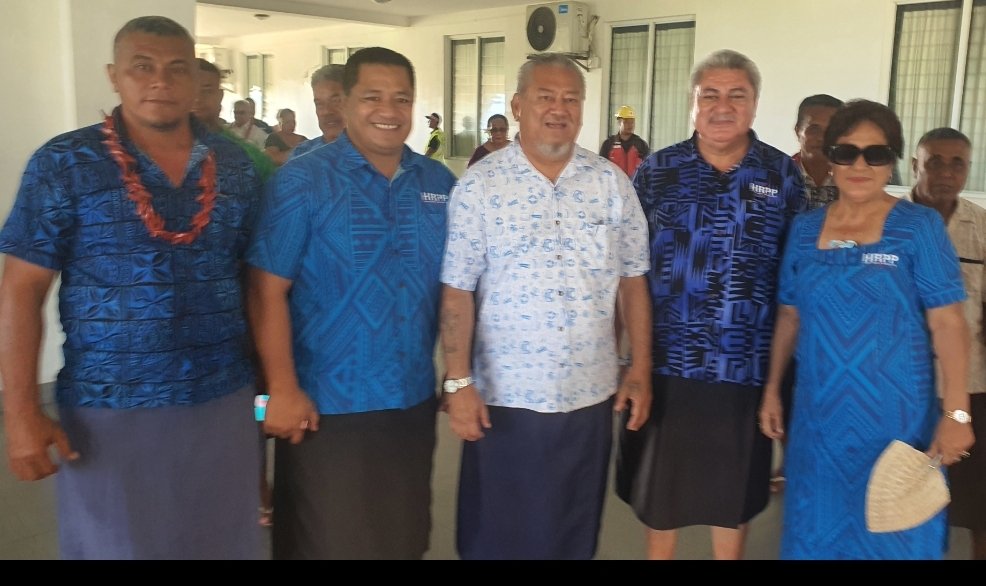 In handing down the decision Chief Justice Satiu acknowledged the Doctrine of Non-Intervention between the Court and Parliament, however, the CJ stressed that the Courts are Protectors and Guardians of the Constitution, which is the Supreme law of the land.

The Supreme Court found that HRPP elected members are Members of Parliament by virtue of Article 44 of the Constitution and it therefore follows that they should participate in Parliament. 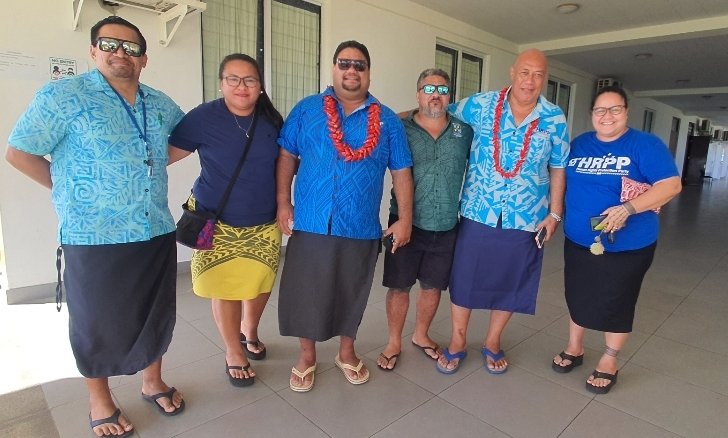 The hearing started at 9am this morning with former Attorney General Aumua Ming Leung Wai’s arguments on behalf of HRPP.

It adjourned around 11am to allow Counsel for the Speaker Leiataualesa Komisi Koria, to receive instructions from his client when Parliament breaks at 1pm.

A sea of HRPP supporters filled the courtroom when the case continued at 2pm this afternoon. After an hour and a half of deliberations to hear the arguments of the Speaker presented by Leiataualesa Komisi; the three-judge panel retreated to deliberate and returned with their decision an hour later at around 4:30pm. 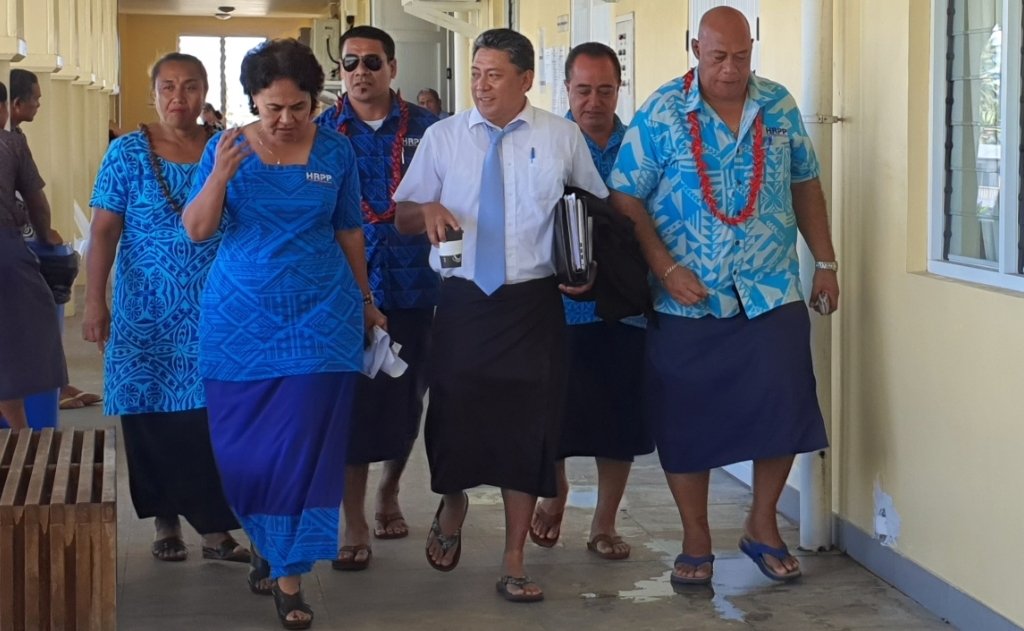 Leiataualesa Komisi told the Court that justifications for his client’s decision to disallow HRPP’s elected members to be sworn in, had been clearly set out in recent correspondences with HRPP. 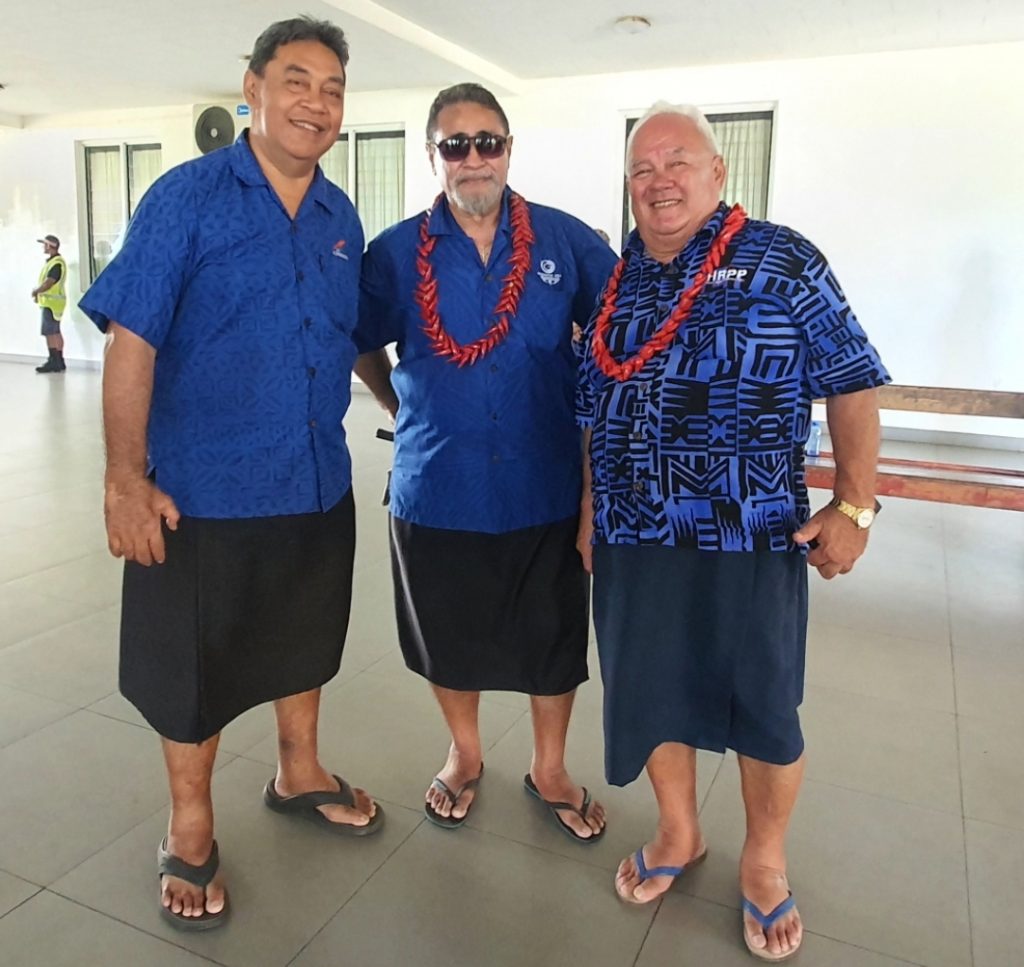 Counsel argued that the timing of members’ swearing-in was an internal issue of Parliament, and one for which any direction from the Court would infringe the boundaries of the Doctrine of Non-Intervention.

In response to HRPP’s application that there has been a breach of the Constitution under Article 44, Leiataualesa had argued that there were still novel issues on the status of members not sworn-in within 45 days that needed to be clarified, and further, the Speaker intended to seek this clarification from the Courts.

Justice Niava Mata Tuatagaloa interjected to ask Leiataualesa why, if this was a concern of the Speaker, had he not sought clarification before the 14th of September 2021, when Parliament convened.

During deliberations the Chief Justice had also asked Leiataualesa if he thought the Speaker would consider not administering the Oath of Allegiance for the MPs, should the Court find that he had an obligation to do so.

“Would he do it forthwith?” asked the CJ.

Leiataualesa responded that this it is unlikely the Speaker would not abide by the Law.

The CJ responded that if the Speaker did not abide by an obligation set down by the Courts, he would expect that the matter would only end up back in Court. Aumua Ming Leung Wai agreed.

Also during deliberations the CJ referred to the actions of the Speaker.

“Essentially he is saying.. You cannot sit or vote until I say it is appropriate.. do you not see that?”, the CJ asked Leiataualesa when Counsel argued that there was no collateral or impacts on members for not being sworn-in.

“Whilst they are sitting outside Parliament, Parliament is sitting..” said the Chief Justice.

Justice Niva Mata Tuatagaloa again queried the reasons for the Speaker not allowing the swearing-in.

“Is one of the reasons for the Speaker not allowing the swear-in, that HRPP members refused to accept him as a Speaker?”

Justice Tuatagaloa pressed Counsel for a way forward, given that it was clear from Aumua’s submissions, that his clients had accepted the Speaker’s appointment.

Aumua established that his clients had accepted the Speaker and the FAST government. “The letters written to him, your Honours, are addressed to the Honorable Speaker,” said Aumua. “And by the Prime Minister saying publicly in his final speech, “le Malo lea”, Aumua told the Court.

Justice Niava brought the focus back to the people, the voters whose voices would not be heard if the elected MPs remained outside Parliament.

Towards the end of deliberations Counsel for HRPP received late instructions to amend his clients’ application to 25 instead of 18, to include the MPs that had since lost their seats as a result of election petitions.

“Your Honours I have just now received instructions to amend that to 25..”

The amendmemt did not sit well with Justice Tuatagaloa.

“That is a major change to your application Counsel.. that is no longer a minor amendment,” said Justice Niava referring to changes of wording that Aumua had been permitted to make earlier.

“We may have considered the 18.. but the 25?” said Justice Niava who stressed that those 7 MPs had since lost their seats, now considered by the Court as void and vacated.

Murmurings were heard through the courtroom and the front rows of HRPP supporters were seen shifting in their seats as some party members expressed opinions on the matter. Meanwhile messages on pieces of paper were sent to Aumua with further advice as he stood before the bench.

“Order in the Court!” the Chief Justice had to remind the public tapuaiga, not once but twice.

After a few minutes and an opportunity to consult again with Deputy leader Hon Fonotoe Nuafesili Pierre Lauofo, Aumua told the Court his clients withdrew the request for all 25, and returned to application to 18 members.

The CJ acknowledged both Counsels for their submissions, noting the Court’s appreciation for the quality of applications and arguments before the Court, given the little time they both had to prepare for the urgent proceedings.

Outside Court HRPP Deputy Leader Lauofo Fonotoe Pierre Lauofo said this was an answer from God and the HRPP members looked forward to entering Parliament on Friday morning.

HRPP Party Secretary and uncontested MP Lealailepule Rimoni Aiafi said they pray for peace from herein forward and hope that these times as recently experienced will never come over Samoa again.

Asked about the Budget being deliberated in Parliament, Lealailepule said there wasn’t much difference to what HRPP presented in the past.

“We have all been given a copy, and tonight we’ll have a good read through and tomorrow we hope to give constructive thoughts on the budget,” said the HRPP party secretary.