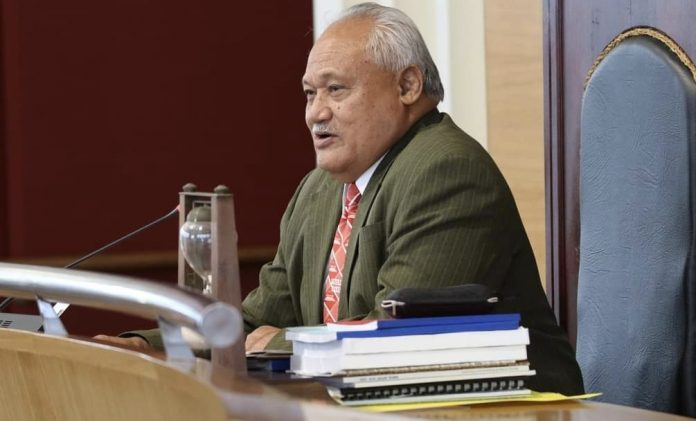 The Speaker and Head of the Legislative Assembly, Hon Papalii Li’o Ta’eu Masipa’u  is considering delaying the swearing-in of the two women appointed under Samoa’s Constitutional requirement that the number of women in Parliament is not less than 10%.

A press release issued Friday night states the delay is because a court challenge against the warrant of appointment of the two women has been filed in Court as to its validity, “particularly for the question of whether it was issued at the correct time”.

Additionally as stated by the Head of the Legislative Assembly,  the warrant “also seems to have been issued prematurely and may be invalid as a petition has been filed by a woman candidate from the by-election, and so her results are still not finalized, and so the election results are still not finalized, as has been directed by the Court of Appeal”.

Despite the issue of the interpretation of 10% women having already been decided in Samoa’s Court of Appeal, the third reason given is that there is a challenge to the formula used for the calculation of the 10% by another woman candidate.

“The Speaker must only have sworn the duly elected candidates who are also qualified to be members.  However the additional women seats do not qualify unless the electoral petitions are determined, and any by-elections (if any) arise from those petitions”

SPEAKER OF THE LEGISLATIVE ASSEMBLY