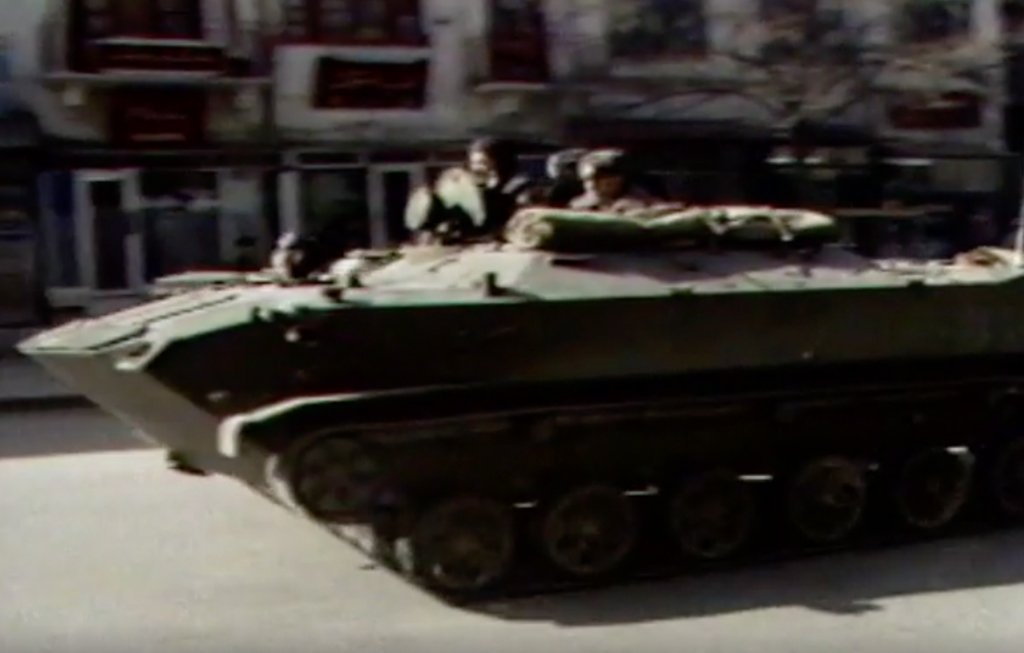 On December 24, 1979, the Soviet Union invades Afghanistan, under the pretext of upholding the Soviet-Afghan Friendship Treaty of 1978.

As midnight approached, the Soviets organized a massive military airlift into Kabul, involving an estimated 280 transport aircraft and three divisions of almost 8,500 men each. Within a few days, the Soviets had secured Kabul, deploying a special assault unit against Tajberg Palace. Elements of the Afghan army loyal to Hafizullah Amin put up a fierce, but brief resistance.

On December 27, Babrak Karmal, exiled leader of the Parcham faction of the Marxist People’s Democratic Party of Afghanistan (PDPA), was installed as Afghanistan’s new head of government. And Soviet ground forces entered Afghanistan from the north.

The Soviets, however, were met with fierce resistance when they ventured out of their strongholds into the countryside. Resistance fighters, called mujahidin, saw the Christian or atheist Soviets controlling Afghanistan as a defilement of Islam as well as of their traditional culture. Proclaiming a “jihad”(holy war), they gained the support of the Islamic world.

The mujahidin employed guerrilla tactics against the Soviets. They would attack or raid quickly, then disappear into the mountains, causing great destruction without pitched battles. The fighters used whatever weapons they could grab from the Soviets or were given by the United States.

The tide of the war turned with the 1987 introduction of U.S. shoulder-launched anti-aircraft missiles. The Stingers allowed the mujahidin to shoot down Soviet planes and helicopters on a regular basis.

New Soviet leader Mikhail Gorbachev decided it was time to get out. Demoralized and with no victory in sight, Soviet forces started withdrawing in 1988. The last Soviet soldier crossed back across the border on February 15, 1989.

It was the first Soviet military expedition beyond the Eastern bloc since World War II and marked the end of a period of improving relations (known as détente) in the Cold War. Subsequently, the SALT II arms treaty was shelved and the U.S. began to re-arm.

The long-term impact of the invasion and subsequent war was profound. First, the Soviets never recovered from the public relations and financial losses, which significantly contributed to the fall of the Soviet empire in 1991. Secondly, the war created a breeding ground for terrorism and the rise of Osama bin Laden.