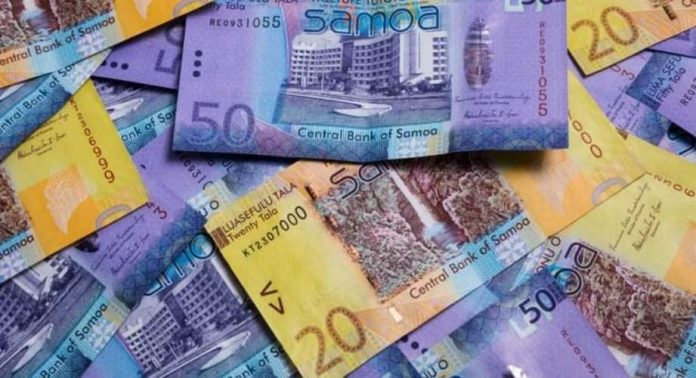 Ten women who have invested their money into an informal savings club called the sou-sou, say they are not participating in a pyramid scheme, and the money they have received has helped them to pay for food and prepare their children to return to school.

According to online sources, sou-sou is a centuries-old practice that originated in West Africa and gets it’s name from the Yoruban term “esusu” which refers to a fund where several people pool their money. The word is said to be derived from the French word “sou” which means a coin of little value.  Each member of the group makes a standard contribution to a common fund once per time period. Then for each period, the total contributions are disbursed to a single member of the group. The recipient changes each period in a rotation, until each member of the group is eventually a recipient. The schedule of pay-outs is said to be previously agreed to by the members depending on needs. “For the first recipient it is an interest-free loan, and for the last recipient, it is a no-interest savings”.

Warnings against pyramid schemes were issued by both the Central Bank of Samoa and the Ministry of Commerce, Industry and Labour this past week. Both organisations say they have received reports and complaints from the public of illegal pyramid schemes operating in Samoa.

Samoa’s Central Bank Governor, Maiava Atalina Ainuu-Enari says such activities are prohibited under S65 of Samoa’s Competition and Consumer Act 2016. “The Central Bank has received reports and allegations of a number of pyramid schemes going around that involve gifting and re gifting of money and includes recruitment. CBS advises the public not to engage or invest in such a scheme as you will lose your hard earned money.”

There have been increasing reports around the world of pyramid schemes being misunderstood as the traditional sou-sou which essentially involves a small group of people who all know each other, or members of a family who pool their money in an informal savings club, with no profits actually made.  Around the globe there have been reports of pyramid scheme operators being used to lure the unsuspecting unemployed into making quick money while staying home during lockdown.

However, here in Samoa widower with two children who participates in what she calls the “Su-Su Club” told Samoa Global News that she did think it was a scam at first, but decided to give it a go and by the end of that week, she was paid $200 tala.

However, unlike the sou-sou savings practice where there is a limited number of club members, this women says she was asked to find two more ‘legs’.

Another mother, a micro business vendor putting three children through school says she has received an additional $400 tala, to the $50 she had first paid out to the scheme.

She said she is going to use the funds to buy her three children’s school uniforms and school needs.

Another two mothers interviewed by Samoa Global News also confirmed that they are now into the ‘su-su’ scheme despite the warnings issued by Samoa’s Central Bank and the Ministry of Commerce Industry and Labour who oversee the Competition and Consumer Act 2016.

Since covid-19 border closures, Samoa’s economy has been hit hard without the approximately 200,000 visitor arrivals it used to get each year, pouring over $500 million tala into the economy. Samoa’s informal sector of micro enterprises, trading as roadside stalls, flee market vendors, and small business suppliers of handicrafts and farm products have all felt the trickle-down effects.