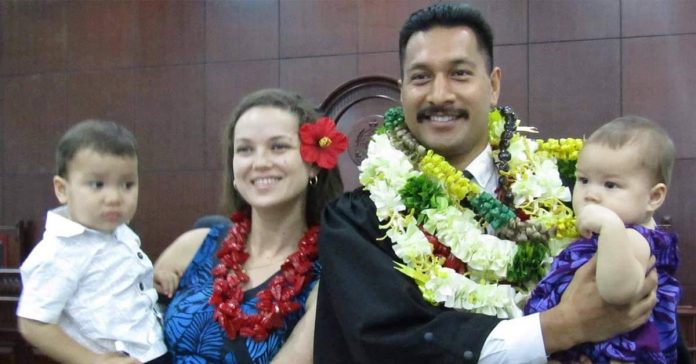 Matthew Eddie Joe Alai was one of two lawyers admitted to the bar today at the Supreme Court of Samoa before Justice Tafaoimalo Leilani Tuala-Warren.

Born and raised in New Zealand, Mathew and his wife Jewell have moved back to Samoa where he will take up a role with the Office of the Attorney General.

Matthew’s academic journey started at the University of Otago where he attained a Bachelor of Arts. He then went on to the Auckland University of Technology (AUT) for his Law Degree which took four years. Matthew had also taken a year off to study the Bible and has a Certificate in Christian Ministry.

Mr Alai was admitted into the New Zealand bar in 2016 but he says that today’s admission into the bar here in Samoa is dedicated to his parents and his villages. Matthew’s parents are Vaagi Fiti Alai and Tofilau Nina Kirifi Alai of Moataa and Iva, Savaii.

Matthew’s mother Tofilau Nina Kirifi is the Manager of the University of Otago’s Pacific Islands Centre and has become the Pacific face of Otago University, leading the development of pathways that have made Otago feel more accessible for Pacific students.

Speaking to Samoa Global News after the ceremony attended by friends and family, the 29 year old said it was a blessing and so very special for him to be admtted into the bar here in Samoa. 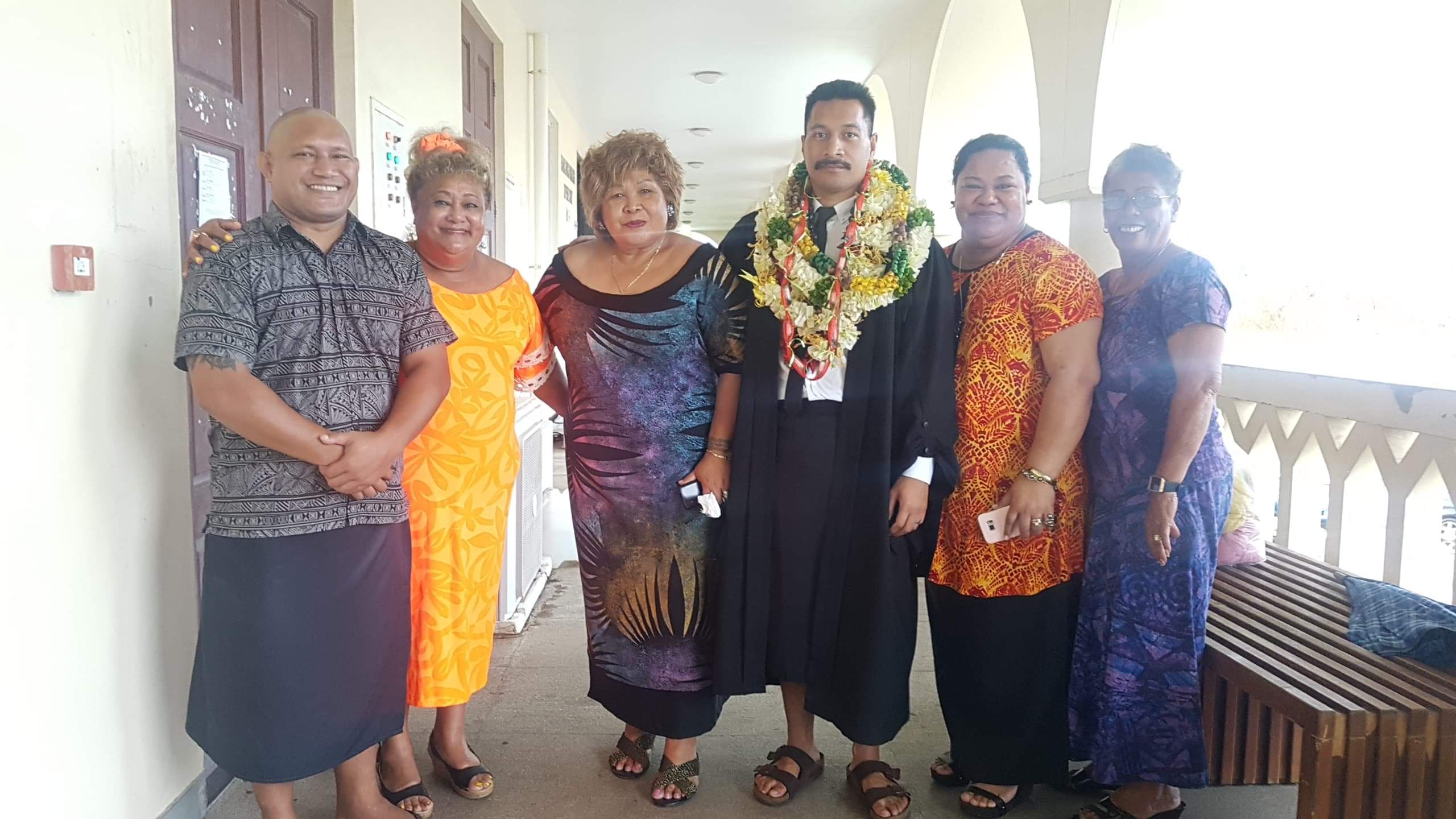 Matthew Alai is a proud father of two, born and raised in New Zealand. His wife Jewell grew up in Samoa and Matthew says she has always told him, “If we get married we are going to live in Samoa!”.

The Alais and their two children have been living in Samoa for the past two months.

The message from Justice Tafaoimalo was centred around humility.  The Supreme Court Justice told the inductees that it was important to keep humility at the forefront of this job because as they start this work, they embark on a journey of learning at the same time.

Allai says those words sunk into his heart.

“I believe that being humble is one of the most important virtures that someone like me in this job should have;

“The bible says God opposes the proud but gives grace to the humble;

“So I was very blessed with the judge’s words today.”