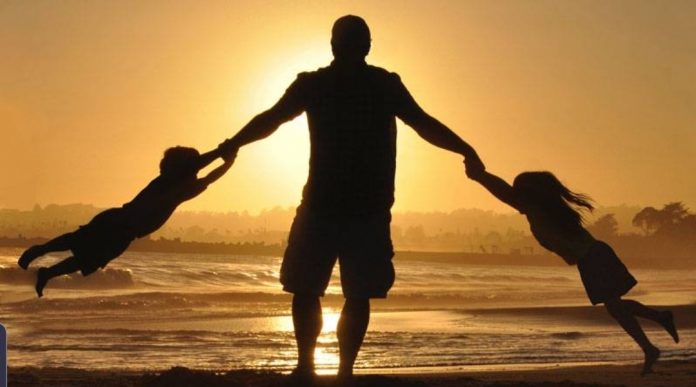 9 Important Things I Learned from My Dad

I don’t have a famous dad.

His biggest accomplishment is likely when he earned a bronze medal in men’s tennis (doubles) at the Senior Olympics — officially known as the National Senior Games. That got his name and picture in the local paper, but that was all the fame it garnered.

Of course, he has accomplished a lot more than that.

For starters, he has been married for nearly 63 years to my mom. He helped raise four relatively well-adjusted children, who have blessed him and my mom with eight grandchildren. And while my dad never will be famous, his words — and more importantly, his actions — have taught me a great deal.

Even when he wasn’t trying to.

Here are nine important things I learned from my dad:

1. Partner with your wife.

When I was growing up, my dad always partnered with my mom. On everything. They were on the same team and always presented a united front.

The partnership worked well in part because my mom and dad had clearly-defined roles and responsibilities and rarely, if ever, stepped on each other’s toes. To stay on the same page, they talked frequently, mostly in private.

When they had differences or disagreements, they worked them out while we slept. Underlying their partnership were two key elements: healthy respect and a mutual trust that ran very deep. 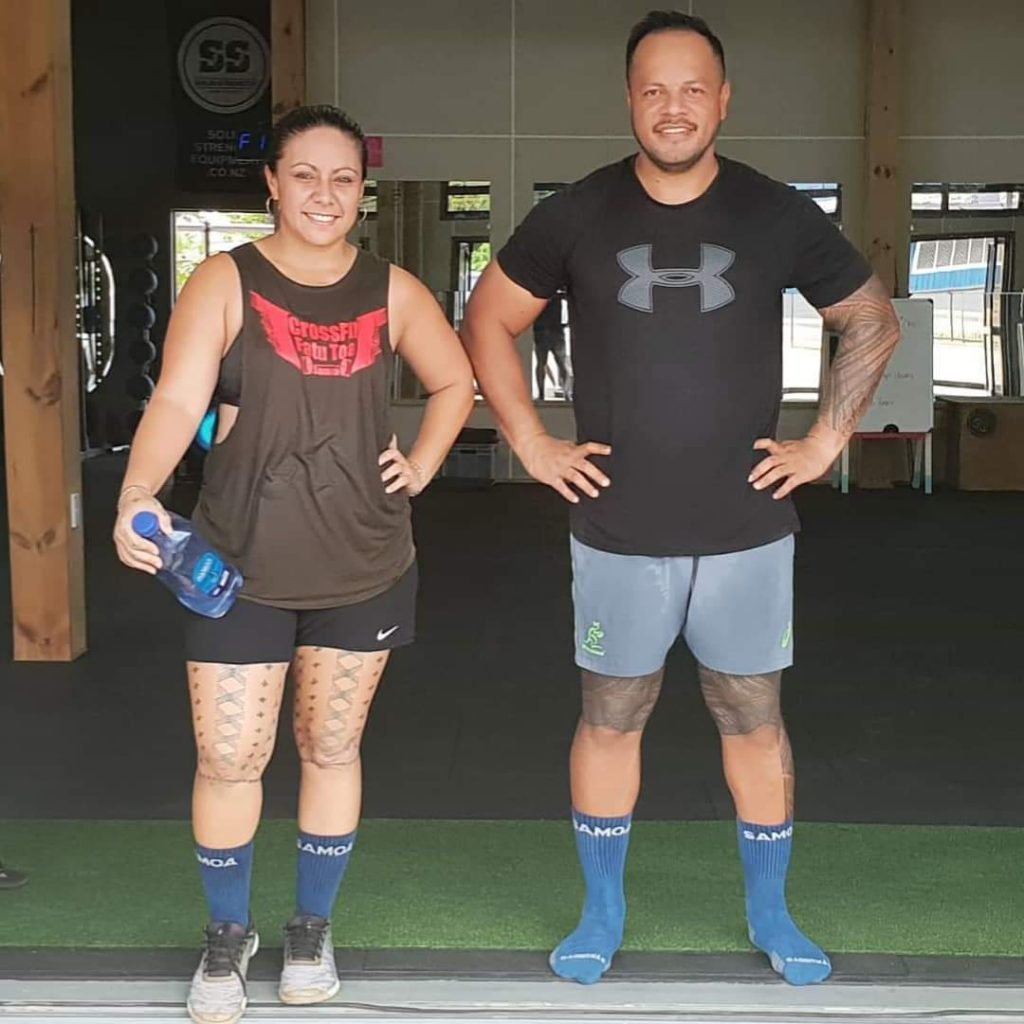 2. Put others ahead of yourself.

In Philippians, Paul says: “Do nothing from selfish ambition or conceit, but in humility count others more significant than yourselves. Let each of you look not only to his own interests, but also to the interests of others.” (Philippians 2:3-4). My dad modeled that passage to me, again and again. Here are some examples:

He considered how his career impacts the family.

Soon after I was born, my parents built their dream house just outside Akron, where both had lived their entire lives. This was to be the Bolinger family home until my dad retired. But 18 months after we moved in, my dad’s company was bought, and he was asked to transfer to Oakland, California.

Unwilling to uproot his young family, my dad frantically searched for a job closer to home. We spent three years in Oshkosh, Wisconsin, two in Wooster, Ohio, and then moved a little further south to the even smaller town of Coshocton, Ohio.

Coshocton was a dead end for my dad. His job was boring, there was no chance for advancement, and there were no better opportunities anywhere in the area. But we kids were tired of moving, and my oldest sister was just starting high school. So my dad sucked it up, and we stayed in Coshocton for nine years.

In his 50s, my dad finally found job satisfaction as an entrepreneur. But he sacrificed the prime years of his career for his family. 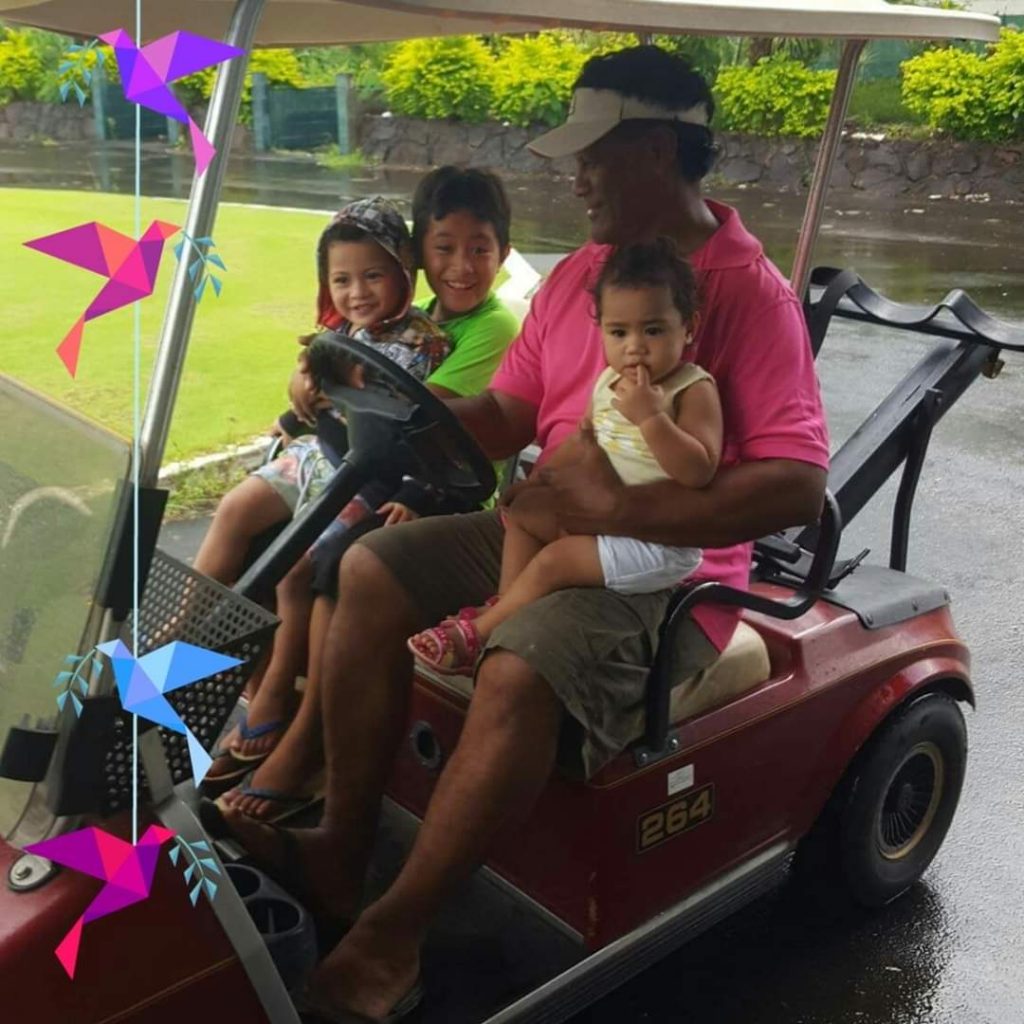 He stayed committed to the family vacation.

My dad got two weeks, or 10 working days, of vacation each year. He used at least one of the two weeks for a family vacation trip, so that we four kids and our parents could have a shared experience somewhere other than our home.

In the mid-1970s, we discovered the Outer Banks of North Carolina. It was not a tourist destination, so there were very few places for a family of six to stay. After driving 600 miles in our sedan, we crammed ourselves into a small, smelly cabin that had two attractive features: it was cheap, and it was 50 yards from the beach.

We loved it. We loved it so much that heading to the Outer Banks for a week in the summer became a Bolinger family – and extended family – tradition for over 40 years. Our typical day at the beach would be pretty boring for most people, but the time with family, away from the stresses and routines of home, was irreplaceable.

He honored his parents.

My dad had three reasons for wanting to live near Akron:

My grandfather declined first, a victim of slow-onset Alzheimer’s. Eventually, he could no longer drive, which trapped my grandmother at home, because she had never gotten her driver’s license.

My dad moved them into an excellent progressive care facility, so that they could live their final years in the same location. Following my dad’s lead, we kids visited our grandparents as often as we could, and our children got to meet and spend time with their great-grandparents.

My dad honored his father and mother. His example left an indelible mark on me, and I am doing my best to follow it. 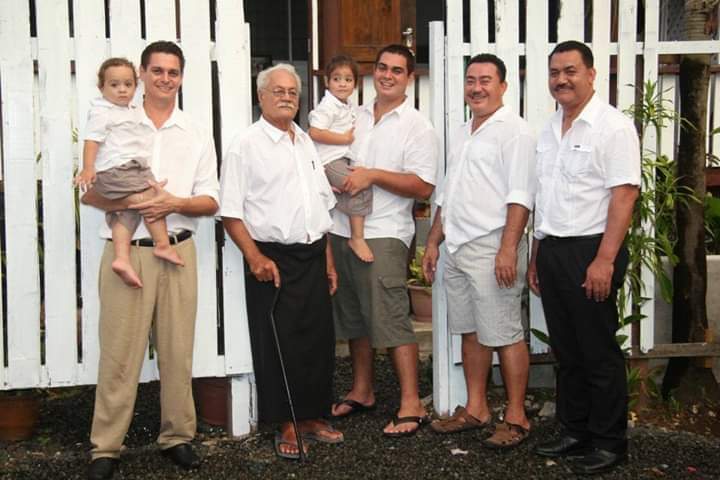 3. Don’t complain; do something about it.

After playing college baseball in the 1950s, my dad took up tennis as his primary sport. When we moved to Coshocton, he discovered, much to his chagrin, that the town had only two decent tennis courts, and both were at the members-only country club.

Rather than complaining about the situation, my dad spearheaded a drive to get six public courts built at the high school.

Those courts became the catalyst for a thriving community of hundreds of tennis players, with pick-up matches every summer evening and, eventually tournaments for players of all ages and skill levels.

When I was six and my oldest sister was 12, my dad’s entire two-week vacation was spent driving from Ohio to Tucson, Arizona, visiting my dad’s cousin, and driving home. On the first day of the trip, when we stopped for lunch, my parents decided that my oldest sister was old enough to order her own food from the menu. Her order? A shrimp cocktail appetizer and a steak dinner, which blew the family meal budget for the day. I don’t remember what the rest of us got for lunch. I think it was soup and crackers.

My parents didn’t want to go back on allowing my oldest sister to order her own meals, but they had to put some restraints on her, or we’d run out of food money before we reached Tucson. Sometime before dinner, my dad announced his creative solution: each of us kids would be given meal money for the rest of the trip, and it would be up to us to manage our own accounts.

It was the perfect solution. Rather than dictating what we ate, my parents became advisors. My sisters and I learned how to study menus and manage money. What began as a stopgap to solve an immediate problem became a practice for all subsequent vacations.

Another creative solution to a family problem was the family meeting. The first family meeting occurred when my sisters wanted to get their ears pierced. My dad announced that, rather than Mom and him making the decision, we would discuss it as a family and then vote on it. Mom and he each would get a full vote; each of the kids would get a half vote. If the vote resulted in a tie, then my dad would break the tie.

My dad figured that he couldn’t lose…until my mom stunned him and voted “yes” for pierced ears.

Even though he was angry about it, he honored the decision from the family meeting. My sisters all got their ears pierced. And I learned that a man of integrity plays by the rules. Even when he loses.

6. Always give your best effort.

When my dad was six years old, his appendix burst. Doctors told my grandmother there was nothing they could do for him, and they left him to die. They didn’t even provide water, and his temperature was 106 degrees.

Miraculously, he survived. From that point forward, whatever the situation, my dad always persevered. If he was going to go down, then he would go down swinging.

Recognizing that my dad always gave his best effort in everything that he did, I have strived to do the same. I’ve discovered it’s a liberating way to live. 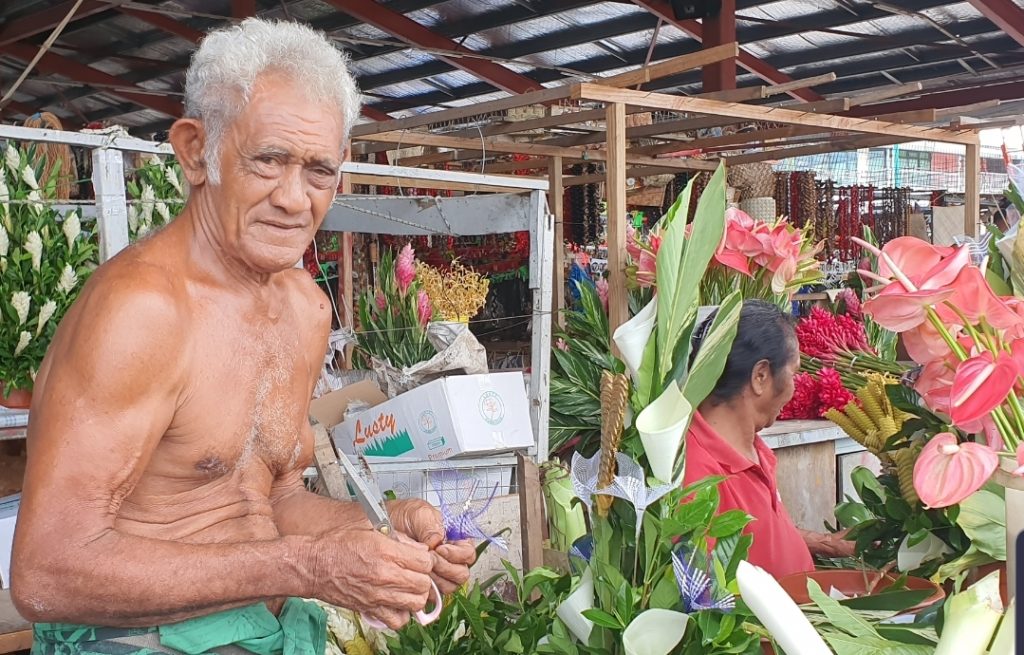 Whenever I face a defeat – whether as inconsequential as losing a tennis match, or as life-altering as losing a job – I ask myself, “Did you do everything you could?” When the answer is “yes,” it’s much easier to get up off the mat and ask God to show me what He wants me to do next.

Most of my dad’s career was spent in human resources for small manufacturing firms. After nine years in his dead-end job in Coshocton, he took a chance and accepted a higher position at a firm in Warren, Ohio, near Pennsylvania.

It backfired. Within two years, the firm got rid of its senior management team, including my dad. He took the only thing he could find: a position with a startup steel company on the Ohio River in rural western Kentucky. A few years later, he was back in Warren, working any HR job he could get.

Then, at the age of 53, he decided to become an entrepreneur.

Eventually, they tripled the size of the store.

They forged partnerships with and donated money to local public schools.

They played host to signing parties for local authors.

They even adopted a fat gray cat named Smoky, who lived at the store and sat with children as they read books. The Book Nook became one of the largest independently owned book stores in the state of Ohio.

8. Practice your faith, even when you doubt.

When I was growing up, the Bolinger family went to church every Sunday. We prayed before meals and at bedtime. My dad held leadership positions at church, taught Sunday School at times, and even gave occasional “temple talks” during the worship service.

After my sisters and I became adults and left home, we learned that our dad had doubts about the Christian faith. Major doubts. When he expressed those doubts to his pastor and received unsatisfactory answers, he stopped attending church for a few years. Thankfully, even though he still has unanswered questions, he’s back in church every Sunday, worshipping with my mom.

I’m grateful that his doubts didn’t stop my dad from leading his family to practice the Christian faith. Perhaps he suspected what many studies (including this one) have shown: children who attend church regularly with their fathers are much more likely to attend church on their own as adults.

About the time we arrived in Coshocton, the church that we attended replaced its choir director with a recent college graduate, causing most of the choir to quit. Eager to get some new members, especially men, the new director approached my dad and asked him if he was willing to join the choir. My dad wasn’t much of a singer, and he needed people in a Sunday School class that he was teaching, so he proposed a deal: he would join choir if the director would attend his class. The director agreed. 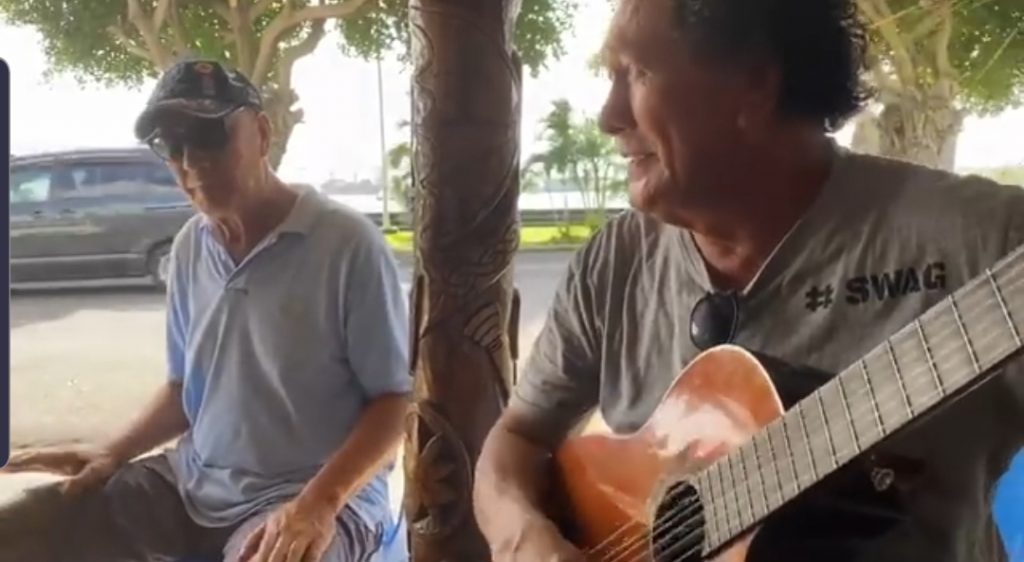 According to my dad, the director attended class for exactly one week. But my dad became hooked on church choir. My mom joined him. So did each of my sisters, when they entered high school. And I did the same. We also joined the Coshocton Community Choir which, to this day, is one of the best community choirs in the country.

My dad never had a great singing voice. I don’t have one either. But there’s nothing like raising your voice in harmony with others to praise God in song. Following my dad’s lead has given me the opportunity to sing at places like the Kennedy Center in Washington, D.C. To perform in an opera at the Bolshoi Theatre in Moscow. And, most importantly, to sing with my family at Christmastime in my parents’ small church in northeast Ohio.

Life is more meaningful, and more precious, when you sing.

I learned that from my dad.

Transform Your Mind and Live It All Out for God

Serve God with Passion and Gladness, and Finish 2022 Strong