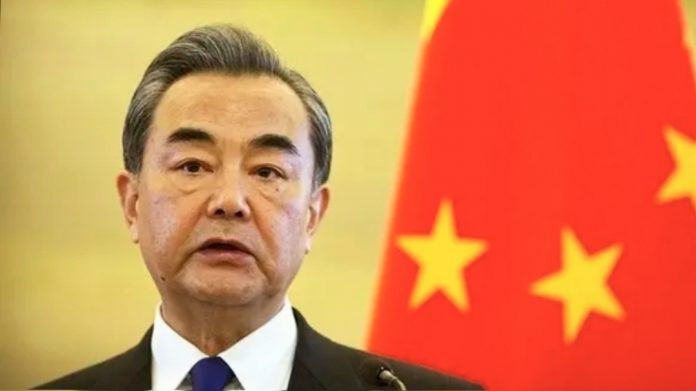 The Media Association of Solomon Islands (MASI) boycotted the media event for China’s visiting Foreign Minister earlier this week, after restrictions were placed on media access to the event.

Foreign Minister Wang Yi is visiting eight Pacific island nations between May 26 and June 4, with his tour beginning in Solomon Islands’ capital, Honiara, on Thursday. He arrived into Samoa on Friday night and left on Saturday afternoon for Fiji.

Media Association of Solomon Islands (MASI) issued a boycott notice to its members for the Press Event scheduled on Thursday.

MASI President, Georgina Kekea says MASI is disappointed that media is only allowed limited access for the visit.

Ms Kekea said Solomon Islands is a democratic country and when media freedom is dictated on someone else’s terms, it then impedes on democratic principles.

“The Chinese delegation’s visit is an important and historical one for our country and our members play an important role in making sure it provides the right information and awareness on the importance of the visit to our people,” she said.

Ms. Kekea said journalists should be given the opportunity to ask questions on behalf of the people.

“How ridiculous is that? If we want to interview our Foreign Affairs Minister, we can just do it without the event. What is the whole purpose of hosting such an event for the Press when they are only allowed one question and directed to their Foreign Minister only?”

Ms Kekea said even the discriminatory manner in which journalists are selected to cover the event does not bode well with the Association.

“MASI thrives on professional journalism and sees no reason for journalists to be discriminated against based on who they represent. Giving credentials to selected journalists is a sign of favouritism. Journalists should be allowed to do their job without fear or favour”.

She said the reason given that the arrangements were done that way because of COVID protocols ‘is an excuse’.

“We have community transmission, people are crowded in buses, shops, markets, banks and so forth so this is a very lame excuse,” she said.

She said Press Freedom is enshrined as a fundamental element in our country’s constitution.

“Same as the Prime Minister has defended democracy in parliament after the November riots, MASI is also defending democracy in this space.” Ms Kekea said

She adds the boycott is not to disrespect the government or its bilateral partners in anyway, but to showcase the media’s disagreement in this matter

“Not being able to attend and ask the needed questions is of concern,” she said.

“With this boycott I believe the Media Association and its members would like to stand together in solidarity for press freedom, given that Solomon Islands is a democratic country.”

On Wednesday, a draft communique between Beijing and 10 Pacific island nations was revealed, with the document showing that China will seek a region-wide deal covering policing, security and data communications cooperation.

In a letter, Federated States of Micronesia President David Panuelo urged other Pacific leaders to reject the communique.

In Samoa, the media were asked to nominate one member from each media outlet to attend a “photo shoot” where they were only allowed to take photos, with no opportunity for questions.

A press release stated that China signed three bilateral agreements with Samoa during the 24 hour visit.

“The culmination of the bilateral discussions included the signing of the following:

• the Economic & Technical Cooperation Agreement for projects to be determined and mutually agreed between the two countries.

• the Exchange of Letters for the Fingerprint laboratory for Police complementary to the construction of the Police Academy.

“Key to the bilateral relations between China and Samoa is the adherence to the one China principle,” the press release reiterates.

“The bilateral meeting aimed to strengthen the diplomatic relations between China and Samoa, now in its 47th year”.