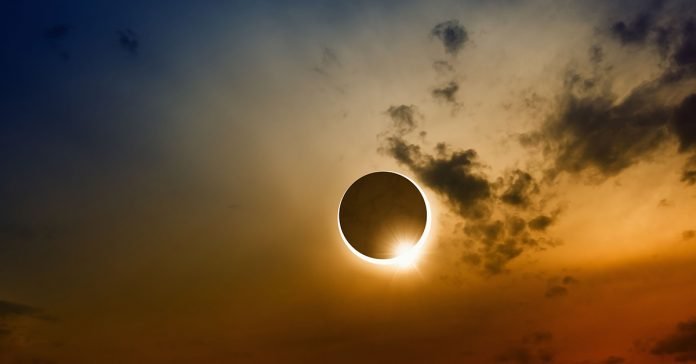 The eclipse of Thales was a solar eclipse that was, according to The Histories of Herodotus, accurately predicted by the Greek philosopher Thales of Miletus. If Herodotus’s account is accurate, this eclipse is the earliest recorded as being known in advance of its occurrence. Many historians believe that the predicted eclipse was the solar eclipse of 28 May 585 BC. How exactly Thales predicted the eclipse remains uncertain; some scholars assert the eclipse was never predicted at all. Others have argued for different dates, but only the eclipse of 28 May 585 BC matches the conditions of visibility necessary to explain the historical event.

According to Herodotus, the appearance of the eclipse was interpreted as an omen, and interrupted a battle in a long-standing war between the Medes and the Lydians. The fighting immediately stopped, and they agreed to a truce. Because astronomers can calculate the dates of historical eclipses, Isaac Asimov described this battle as the earliest historical event whose date is known with precision to the day and described the prediction as “the birth of science”.