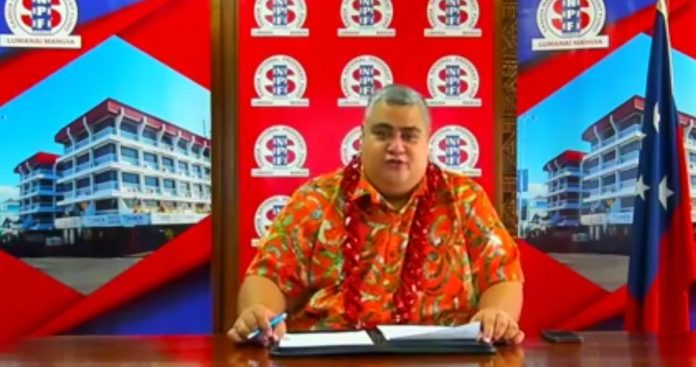 The Chief Executive Officer of the Samoa National Development Fund, Pauli Prince Suhren has confirmed that a special pay out to commemorate the Fund’s 50th birthday is expected to be distributed this month, for all fund contributors.

The distribution, said Pauli, will include all members or those who have contibutions, including those who are currently out of work and even those whose accounts are in arrears.

“This is for all contributors; whether you are working or not working, and whether you’re in arrears or not in arrears, everyone will receive this..”

He did not say what the amount or percentage of the intended special payout would be.

In an earlier announcement on 26 March 2022, Pauli made known that an Online Portal is now available for all SNPF members to register and process online loan applicants for small loans known as the “loan entitlement”.  This is a line of financing where contributors are entitled to loan a certain percentage of their contribution.

Pauli urged all SNPF members to register on the portal and said loan applications could be processed from the 27th of March, adding that a member had to have a mininum contribution of $230 tala before applying for the entitlement.

Regarding the annual dividend payout to contributors, Pauli said it was important for members to register on the online portal, as this would be the form of distribution used to disburse members dividends.

Pauli did not say what the annual dividend was for contributors from fund profits of the past financial year.