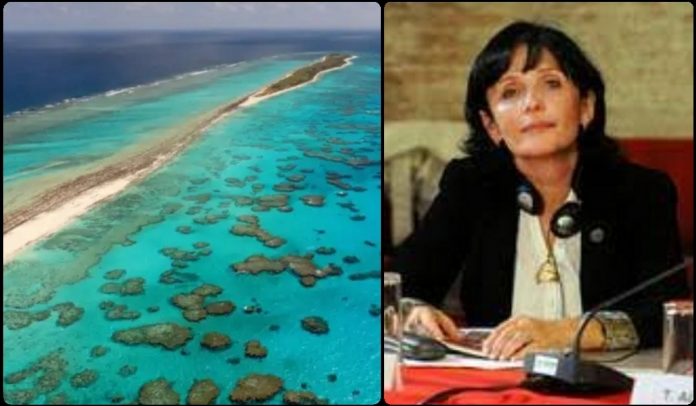 Smallest footprint, biggest trouble: Inside the push to measure the vulnerability of Small Island Developing States.

The world is in trouble. We need to look no further than the latest report from the Intergovernmental Panel on Climate Change (IPCC), which UN Secretary-General
António Guterres called “code red for humanity.”

The IPCC report is only among the most recent warnings. In 1972, a landmark book called Limits to Growth sounded an alarm. It said that population growth and wasteful consumption beyond planetary boundaries would lead to an irreversible decline in human welfare and, ultimately, to the collapse of the global system in the 21st century. The book predicted that the point of no return would be 2050. Other
research has said that point might come as early as 2030, or perhaps later than originally projected, but still within this century.

Whatever the case, the need for change is urgent. Just how much loss and damage
the world sustains is a function of its vulnerabilities.

Over 72 million people living in 58 SIDS and territories are
exposed to compounded risks with limited solutions under steadily deteriorating circumstances.

Despite being responsible for only 0.2% of the global carbon emission (2016), SIDS
suffer the most from the impact of climate change. With the lowest manufacturing output in the world (less than 9% of the GDP), their carbon footprint is minor.

For years now, SIDS have pushed to create an Index to measure their vulnerability
and thereby make a case for supporting their sustainable development.

At the Earth Summit in 1992, SIDS were recognized for the first time as a distinct group of developing countries facing particular social, economic and environmental vulnerabilities. Two years later, at the first global conference on SIDS Sustainable Development, participating states called for an Index to measure their vulnerabilities.

The call was renewed in major declarations in the 2014 and 2019 SIDS summits. And in December 2020, GA Resolution 75/215 called on the UN Secretary-General to report at the 76th UN General Assembly on the development and use of
a Multidimensional Vulnerability Index (MVI) for SIDS to access concessional financing.

The call for a sophisticated index has now been answered.
The UN Resident Coordinators in SIDS in the Pacific, the Caribbean, and the Atlantic
and Indian Ocean and South China Sea (AIS) joined together and partnered with Prof. Jeffrey Sachs and the Sustainable Development Solutions Network to develop the MVI.

In July 2021, they published a study titled “The Decade of Action and Small Island Developing States – Measuring and Addressing SIDS Vulnerabilities to Accelerate SDG Progress.”

• Economic vulnerabilities: Seven indicators measuring exposure to unforeseen exogenous shocks arising from economic openness as well as dependency on a narrow range of exports and strategic imports such as food and fuel. A m country’s exposure to drops in economic resources from abroad is measured through the dependency on remittances, tourism receipts and official development assistance (ODA).

• Structural development: Limitations include five proxies for geophysical vulnerability as follows: size of population as a measure for the physical size
of a country, percentage of arable land, total internal renewable freshwater resources per capita, maritime connectivity, and transport costs. The more remote a country is and the less connected it is to global shipping networks, the higher the transport and trade costs.

• Environmental vulnerability: Six factors defining vulnerability to natural hazards and climate change. Both the frequency and severity of disasters are
considered. A distinction is made between hydrometeorological disasters
(drought, flood, storm, and extreme temperature) and seismic disasters (earthquakes and volcanic activity). As a proxy of vulnerability to sea-level
rise, the percentage of land areas where elevation is below 5 meters is included.

The selection of variables allows for comparisons to be made across 195 countries and territories. The results show that, undoubtedly, SIDS are the most vulnerable nations of our time.

Consider the numbers. The higher the “score” or number on the MVI, the more vulnerable the country is. The global MVI score is 22.1.

Not surprisingly, the higher the MVI score, the slower the progress on the SDGs. The
limits to growth of SIDS are much tighter than for the rest of the world.

Putting the MVI to use.

Developing the MVI is not an end in itself. The MVI can also be used, among other things, for access to concessional financing, better national planning, debt servicing,
access to financing instruments, and insurance and compensation schemes. Using the MVI in debt restructuring including debt service suspension, debt relief and debt
swaps could significantly improve SIDS’ fiscal capacity and credit worthiness. Not least of all, the MVI could help improve the use of ODA. While SIDS continue to receive higher levels of development assistance per capita, the cost of delivery is almost five times higher than anywhere else, according to a 2018 OECD report. And a March 2021 report by the International Monetary Fund concludes that, given the
high cost of building sustainable infrastructure in these countries, SIDS cannot fund the SDGs on their own.

The slow progress on the SDGs that SIDS have made to date, as the SDG Index shows, is an indication that losses linked to vulnerabilities outweigh development gains.

To build consensus around the MVI-based access to development cooperation for
SIDS, the UN Secretary-General in his report to the 76th UN General Assembly recommends the establishment of a high-level expert panel to be tasked with
finalizing the MVI by 2022.

With these and other steps, the Multidimensional Vulnerability Index will help the people of the Small Island Developing States not to be left behind.

About the UN in Samoa.

There are 15 United Nations organizations based in Apia that form the UN Country Team serving the Cook Islands, Niue, Samoa and Tokelau: These agencies include the FAO, ILO, UNDP together with UNCDF, UN Volunteers, the Global Fund and the Small Grants Programme, UNEP, UNESCO, UNICEF, UNFPA, UN Women, WHO, WMO, OCHA and the UN DSS.

The UN Country Team is coordinated by the UN Resident Coordinator and the UNRC Office.