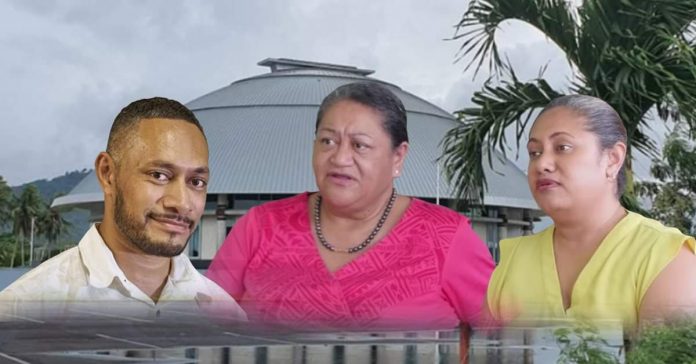 The Samoa Law Society (SLS) have taken a strong position against three controversial Bills that were tabled as a package before Parliament back in February, calling them defective and unsuitable to be formally distributed, let alone tabled in Parliament.

In a formal Position Paper, the Society says that if passed, the three Bills “will collectively represent the most drastic and incompetent attack on the stability of the justice system and the operation of the Rule of Law ever seen in Samoa since independence”.

The three pieces of legislation namely the Constitutional Amendment Bill 2020, the Lands and Titles Bill 2020 and the Judicature Bill 2020, have passed their first and second reading in Parliament, and are now before a Special Parliamentary Select Committee tasked to hear public submissions.

The Samoa Law Society sets out a detailed analysis of the proposed amendments, finding the drafts to be “fundamentally and technically defective”, concluding with the recommendation that the three Bills “be withdrawn from the Order paper at the next sitting of Parliament”.

The Position Paper then calls for the process to be taken right back to the legally required public consultations that SLS say should have been carried out at the drafting stage of legislation.. “in order to avoid the tabling of draft Bills which are not suitable for formal distribution,.. let alone be tabled before the Legislative Assembly.”

A special committee of SLS Chaired by former Attorney General Taulapapa Brenda Heather-Latu was formed to consider members’ submissions and collate the Society’s collective position. Taulapapa told Talamua Media that it is the collective view of SLS members to properly document its formal position – that these Bills should not be passed into Law.

Fuimaono says, “Some of the critical matters SLS want to highlight for public awareness are 1) the undermining of the separation of powers, 2) the increased role of government in family titles and customary land matters, 3) the split of the Court system and 4) the removal of constitutional rights relating to land and titles matters”.

SLS raise similar issues to those identified by the Judiciary in a letter dated 06 April 2020 to Samoa’s Law Reform Commissioner, asking for the withdrawal of the Bills “until extensive further proper and appropriate national consultation with all relevant parties is undertaken”.

The Judiciary and the SLS positions both refer to the years it took to establish Samoa’s Constitution prior to Independence and say amendments to the Supreme Law of the Land should not be taken lightly.

“The lack of proper public consultation on matters such as Constitutional freedoms and the role of custom and tradition, which were so fundamental to the members of the Constitutional Conventions in 1960 chaired by Tama Aiga and whose members were the most senior and respected cultural  and business leaders of the country..”

The Law Society’s position is that the Bills will “change the current justice system in radical and fundamental ways which are neither positive developments for the country’s citizens nor support the proper administration of justice..”.

The Law Society and the Samoa Judiciary are concerned that the elevated position proposed for the Lands & Titles Court infringes the doctrine of separation of powers and effectively dismantles Samoa’s current ‘tafatolu’ structure of Government (Legislative Assembly, Executive and Judiciary) and replaces it with a ‘tafa’ifa’ because, they state, the Judiciary will essentially be split into two.

SLS describes the impacts of the Bills as “a vicious and unruly attempt to place culture above democracy, justice and social cohesion”.

Prime Minister Tuilaepa Sailele Malielegaoi justifies the amendments as being recommendations of the Special Inquiry Committee of Parliament into the Lands and Titles Court (LTC) conducted in 2016.

The Samoa Law Society argues that the findings of that 2016 report had focused on identifying grievances of the public against the Land and Titles Court.

“..80% related to their lack of confidence in the honesty, integrity and ability of Land and Titles Court judges to give fair, balanced and correct decisions, with the remaining criticisms concerning the excessive delays in hearing their petitions or receiving their decisions”.

The 59-page Report of the Special Inquiry Committee (2016) lists 30 recommendations. Recommendation 1 reads, “Officially recognise the Judicial Privilege of the LTC which handles matters on our customary land and titles to be consistent with the recognition awarded to the Supreme Court”.

The rest of the Committee’s recommendations, however, refer to areas of improvement in the administrative processes that support the LTC, offering detailed criteria for selection of Samoa Judges and the need to implement capacity building programs for LTC. There are 3 recommendations (R10-12) dedicated to issues of conflict of interest and judges’ connections to cases. Of interest is the Recommendation 16 about judicial reviews where the Report suggests that the Supreme Court is the place to uphold citizens’ rights.

R16 “That the JR persevere as part of the Supreme Court to adhere fundamental rights of all Samoan citizens”.

With the Bills now at the stage where members of the public can make submissions to the Special Parliamentary Select Committee, the Samoa Law Society have embarked on a media campaign to raise awareness and help inform the public on the impacts of the proposed Bills. Senior members of the legal fraternity have spoken out in interviews with Samoa’s local media to reiterate their concerns.

The President of SLS Leiataualesa Komisi Koria has further urged the public to approach their Members of Parliament about the proposed amendments.

“You have a right to approach your Member of Parliament and ask them to explain the impacts of these Bills”, says Leiataualesa.

Those who frequent the Lands and Titles Court to deal with extended family matters will be interested to note the amendments affecting the selection of matai sa’o or paramount chiefs.  In its analysis of the Land and Titles Bill, the Samoa Law Society highlights the clauses that takes away an extended family’s right to choose more than 5 matai sa’o, and gives the LTC additional powers to remove matai titles that have long been bestowed.

Clause 13 limits the number of Matai Sa’o to 5 per family who must also be registered.

Clause 14 sets out the grounds for the removal of a Matai title.

Clause 15 – 24 set out the notification and objection process for the bestowal and registration of matai titles and allows the Court to remove matai titles where the objection period has passed without objection on the grounds of error, misconduct or bad faith.

In terms of Lands, the SLS Position Paper interprets Clauses 9 and 11 of the Lands and Titles Bill to mean that the new Court would have jurisdiction over public and freehold lands.

Clause 9 allows the Court to declare certain land to be customary land which expands the jurisdiction of the Lands and Titles Court to public as well as freehold land.

Clause 11 allows a petitioner questioning the accuracy of customary land boundaries may request a survey to be undertaken over the disputed land, and the Lands and Titles Court has power to decide the boundaries of such customary land even if it borders land other than customary land.

As the Legislative Assembly calls on the Samoa public to come forward and voice opinions before the Special Parliamentary Committee next week, Taulapapa Brenda Heather-Latu, in an interview with Samoa Observer’s Mataafa Keni Lesa, says the people of Samoa have come to live in fear of voicing their opinion under an oppressive government rule.

“The powerful pressure on officials and appointees to avoid offering an honest view or advice for fear of political repercussions by losing jobs or extensions to contracts, potential Government contracts and work, or being subject to an official probe or investigation”.

“but finally and most egregiously, I decry the loss of voice and free speech by all in a country that regularly touts democracy, but in reality mostly practices tyranny..for our citizens to be unable to voice an opinion or feel that they can only do so by creating elaborate pseudonyms.. because of the abject fear of reprisal, is a testament to and where we have arrived after 59 years of stable but ever declining democratic government”, says Taulapapa.

The Clerk of the Legislative Assembly Tiatia Graeme Tualaulelei says public consultations will start next week, with plans to travel to Savaii in the coming weeks.

“The Ad-hoc Parliamentary Committee was appointed for this inquiry only. It is called the Special Committee”, said Tiatia.

Members of the community who wish to submit positions and share their views are asked to make appointments with the Office of the Legislative Assembly by contacting Ph: 21811 ext 1011 and 1012.