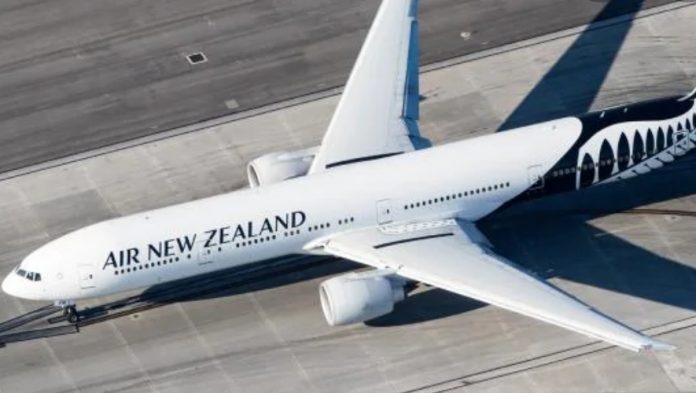 A New Zealand government chartered rescue flight has departed the epicentre of the deadly coronavirus with six Samoan nationals on board.

Air New Zealand flight NZ 6001 left the Hubei Province of Wuhan City at 11.30pm (5.30am Samoan time) due to arrive into Auckland this evening.

Speaking to Samoa Global News from Beijing before the flight departed, Samoa’s Ambassador to China, HE Tapusalaia Terry Toomata confirmed that six Samoan nationals are on board the 12-hour rescue flight to Auckland.

“They are boarding now, the Air New Zealand flight will leave around 11.30 pm Wuhan time;

“We have six nationals on the flight; three students, one former student, a spouse and child.”

Three of Samoa’s six scholarship students opted to stay in Wuhan, the Chinese city of 11 million where the coronavirus originated in December last year.

“Three students did not want to leave, maintaining that they were safe and secured in their campuses,” said the Samoa Ambassador.

A parent of one of the students who opted to stay back in China told Samoa Global News that “their campus is safe and the University area is far from the infected space”.

Tapusalaia adds, “Safety is not a problem at university campuses; noone is allowed to go in and food supply is adequate.”

Contrary to reports that only Samoan and Tongan students would be included in the flight manifest, the Samoa Ambassador says there are many other Pacific Island students on board.

“Yes, many PNG students and a few Fijians; there are also students from East Timor and FSM”.

Road blocks in Wuhan had been a concern in the hours leading up to departure so the number of evacuees could not be confirmed on the 300-passenger Boeing 777 aircraft.

The New Zealand Director General of Health Dr Ashley Bloomfield said earlier this week that 263 people would be evacuated.

Once the passengers arrive back in New Zealand, they will be transported to a military facility at Whangaparaoa, where they will spend 14 days in isolation.

New Zealand’s Minister of Health Hon. David Clark had announced that the charter flight would land some distance from the main terminal in Auckland, where further health screening would be conducted.

“Standard border control measures, such as biosecurity checks will be completed as a matter of priority,” said Clark.

The New Zealand Government confirms that the training camp was chosen because of its size, facilities, location and secure nature. The facility also has its own medical resources.

“Returnees will receive daily medical checks during the isolation period. Families will be kept together where possible, but will remain separated from other returnees”.

The Health Minister says managing the return of people from a region experiencing an outbreak such as this is a major logistical challenge.

“But with meticulous planning and a precautionary approach we are ready to bring New Zealand citizens home.”

“Efforts will be made to ensure they can maintain as normal a life as possible while in isolation: working remotely, meeting education needs for children and providing for leisure activities,” Clark said.

Air New Zealand Head Pilot Captain Dave Morgan told Checkpoint  that there are 5 pilots and 11 cabin crew on board the rescue plane plus medical and engineering staff.

“The five pilots consist of the 3 Captains, the First Officer and the Second Officer”.

He says one of those captains is the mission commander who has overall tactical control of the operation.

Captain Morgan said Air New Zealand received an overwhelming reaponse from staff when the call for volunteers to service the rescue mission flight was put out.

“We received over 50 volunteers in the first 30 minutes;

“The upside is that the 5 pilots on board are all very experienced. Three of them used to operate domestically within China;

The head pilot says there is no business class on the flight and all passengers will be served with food and non alcoholic beverages.