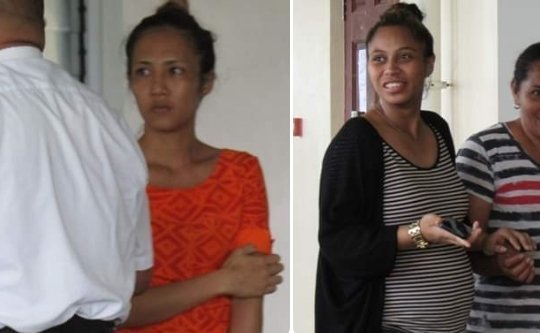 Two women and four men appeared in Court last week to face drug related charges in relation to narcotics being found in a home at Faatoia on Boxing Day last year.

At the time Police Commissioner Su’a Fuiavailiili Egon Keil confirmed that guns and drugs were confiscated from a residence in Faatoia, where police had responded to a report of Domestic Violence.

“We responded to an incident of Domestic Violence and found what appears to be crystal meth and cannabis, as well as two firearms,”

“A handgun and a homemade compact firearm that shoots .22 calibre rounds were found and confiscated.”

The two women were released on bail while prosecution objected to bail for all four men. The Court will hear bail applications for the men on 24 March 2020.

In opposing bail, Prosecution told the Court that Sanele Schuster was a repeat offender who was parolled in 2003, and re-offended in 2007.

“Meth is a highly addicted drug that destroys not only the person consuming it but also corrodes the very fabric of communities, including our vulnerable youth,” said Su’a Fuiavailiili.

“It has no place in Samoa, or anywhere else;

“We will not slow our pursuit of arresting and prosecuting those who are involved,” assured the Samoa Police Commissioner.