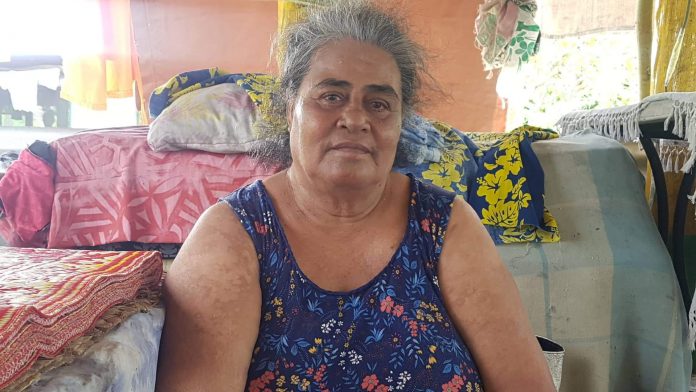 Taga’i Sā is remembered by his sister Mele as a loving older brother and uncle who was always happy.

The 66-year-old of Satui Fasitoo Uta was found floating along the coastline near his home on Monday morning. Two boys discovered Tagai’s body near the edge of the water along a rocky coastline in Fasitoo Uta.

Villagers carried Tagai’s body to his home where they awaited the arrival of the Samoa police.  Police Commissioner Su’a Fuiavailiili Egon Keil said police were awaiting advice on whether the medical review required a forensic pathologist’s examination.

The elderly man’s sister, Mele Lifa spoke out today and shared that her brother had been living with an untreated condition of mental illness.

“He talked to himself a lot and had a habit of walking (e savali);

“He often wandered inland, and my children would always go out and find him; but that morning, when we woke up he was not here;

Mele says her brother has been this way ever since he had worked on banana plantations at Tanumalala which she refers to as, “Togafai a Ausetalia“(Australian Banana Plantations).

She says her brother had worked many years on these plantations and that is when they first noticed symptoms of mental illness.

“That morning we were shocked when we were alerted by villagers, calling out to us to come and get him; that he had been found floating in the ocean.”

Mele said other than the visible signs of mental illness, her brother had a minor condition of asthma, but he was otherwise very strong and healthy.

“He was always a happy person with a great sense of humour who made us laugh; especially when one of the kids played a song over the phone, the old man would dance away to the music”.

Mele said her older brother was the second eldest of nine and it had been three years since his wife and daughter moved to New Zealand, leaving him to be cared for by herself and her children.

She said Tagai had gone to New Zealand with his family but was returned when his condition became difficult to manage.

Mele said Tagai would be dearly missed by their family, especially herself and the children.

The family is awaiting the decision by police if a coroner’s examination is needed before Tagai’s funeral arrangements can be finalised.