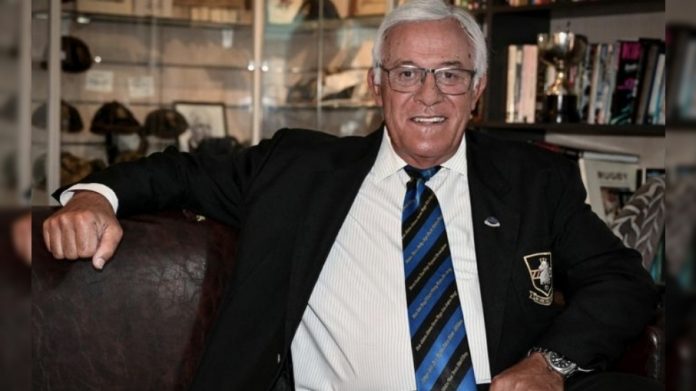 Adding to his long list of achievements in rugby, Tuifaasisina Bryan George (Beegee) Williams was elected a Life Member of New Zealand Rugby at the organisation’s Annual General Meeting this week.

The news was publicised in an appreciation post by a proud Auckland Rugby Union on their socials, with a tribute to Sir Tuifaasisina, who is also one of their Life Members.

“Beegee is a legend in the Auckland Rugby community. Not only for his years of service to the Blue and White Hoops but his tireless work within the New Zealand rugby landscape, most importantly, for his beloved rugby club Ponsonby Rugby Club,” reads the Auckland Rugby tribute. “Beegee played 131 games for Auckland, scoring 343 points. Winning multiple NPC titles and Ranfurly Shield defences, Beegee also won several Gallaher Shields as a player, a Coach and Director of rugby at Ponsonby Rugby Club.”

Tuifaasisina was born in Auckland in 1950. Brother of Vaiala Beach School founder and long-serving Principal, Lorraine Williams, their father was Samoan, and mom a Rarotongan of Samoan descent. Both of Tuifaasisina’s sons, Gavin and Paul Williams, have pulled on the blue jerseys for the Manu Samoa.

Tuifaasisina attended Mt Albert Grammar School where he started his rugby career. He became an All Black wing in 1970 and distinguished himself in the 1970 South African Rugby Tour where he was a sensation, scoring 14 tries in his 13 appearances and in the international series he scored in each of the first and fourth Tests. This was during apartheid, so with his parentage, Tuifaasisina was only able to tour after honorary white status was granted.

Williams’ international rugby career lasted from 1970 to 1978 in which he played 113 matches (including 38 international Tests) and scored 66 tries in all matches as an All Black (ten tries in Tests), which was a record until beaten by John Kirwan.

To this day, Tuifaasisina continues his work in support of Pacific Rugby, and is currently the Patron of Moana Pasifika.